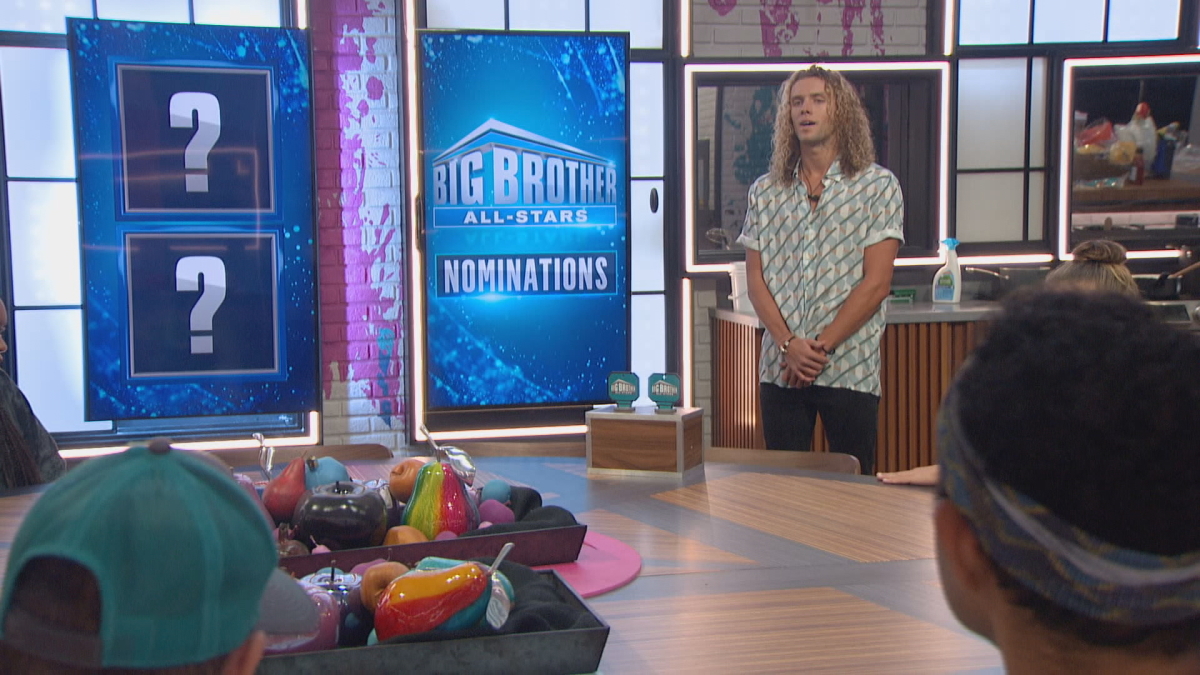 There has been a concerted effort to get Janelle Pierzina out of the house and the alliances in charge of the game are very close to achieving that goal.

After Janelle and Kaysar got nominated, they had a chance to save themselves but came up short at the Veto Competition.

The Power of Veto was not used this week and at the upcoming Eviction Ceremony, it is Janelle and Kaysar sitting on the block.

The current sentiment in the house is that Janelle will be unanimously evicted on Thursday night.

Janelle did have a plan that she wanted to try to put into play, but she just doesn’t have enough support to even make this a close vote.

For the third straight week, the eviction vote is going to be extremely one-sided, with a high likelihood that the vote will be 11-0 to evict Janelle.

Kaysar will survive to play another week, which will be great news to his wife, who has been posting on Twitter to and about him a lot.

Will the BB22 house have new energy in Week 4?

There are a few different houseguests that have been pushing hard to get Janelle out of the house since Day 1. One of those people is Nicole Franzel, so it will be interesting to see how Nicole plays the game once Janelle is gone.

The other thing to consider is that this is going to be the third woman to be evicted already, leaving the numbers at eight men and five women after Janelle’s eviction.

If the women keep working to take each other out, it might be hard for them to go up against the entrenched group of men that includes Tyler Crispen, Memphis Garrett, Cody Calafiore, and Enzo Palumbo.

The show is also starting to get a bit too predictable for the fans, so the production team might need to throw a few twists or powers into the mix to shake things up.

Through three weeks, nobody has used the Power of Veto and there has never been a question of who would be evicted. That could be a problem for a reality competition show that prides itself on the slogan of “expect the unexpected.”

Celebrities
Father Time has been as kind to Gavin Rossdale as it has to his ex Gwen Stefani. The 54-year-old singer...
Lifestyle
Get the best celeb exclusives and video house tours to your inbox every evening with our daily newsletter Rob Mallard...
TV & Movies
The Sound of Music is one of the most beloved, iconic films of all time. The 1965 Rodgers and Hammerstein...
World News
A BABY died in his parent's arm after the the mum was told by midwives "to talk to Tesco" during...
Beauty
Many of us are spending most of our time at home as we practice social distancing. Whether you're working from...
Fashion
A MUM has revealed her savvy eight-year-old daughter sleeps in a shower cap so she doesn’t waste time in the...
Recent Posts
We and our partners use cookies on this site to improve our service, perform analytics, personalize advertising, measure advertising performance, and remember website preferences.Ok