Sometimes guest stars pop into Blue Bloods for an episode or two. One actor is making his return after his debut on the show back in season 10. Here is everything you need to know about Danny Reagan’s (Donnie Wahlberg) upcoming episode.

It looks like a guest star is back to solve another crime. The Daily Mail reports Lyle Lovett was seen filming with Wahlberg on the Greenpoint, Brooklyn set.

Lovett was back to wearing his cowboy hat, which perfectly fits the Texan character. He also wore an all-black outfit.

Danny and Waylon Gates previously met trying to catch a criminal from Texas together. The detective isn’t the best at working with others. He usually only works with Maria Baez (Marisa Ramirez), who is his partner on the job.

Who is Waylon Gates played by Lyle Lovett? 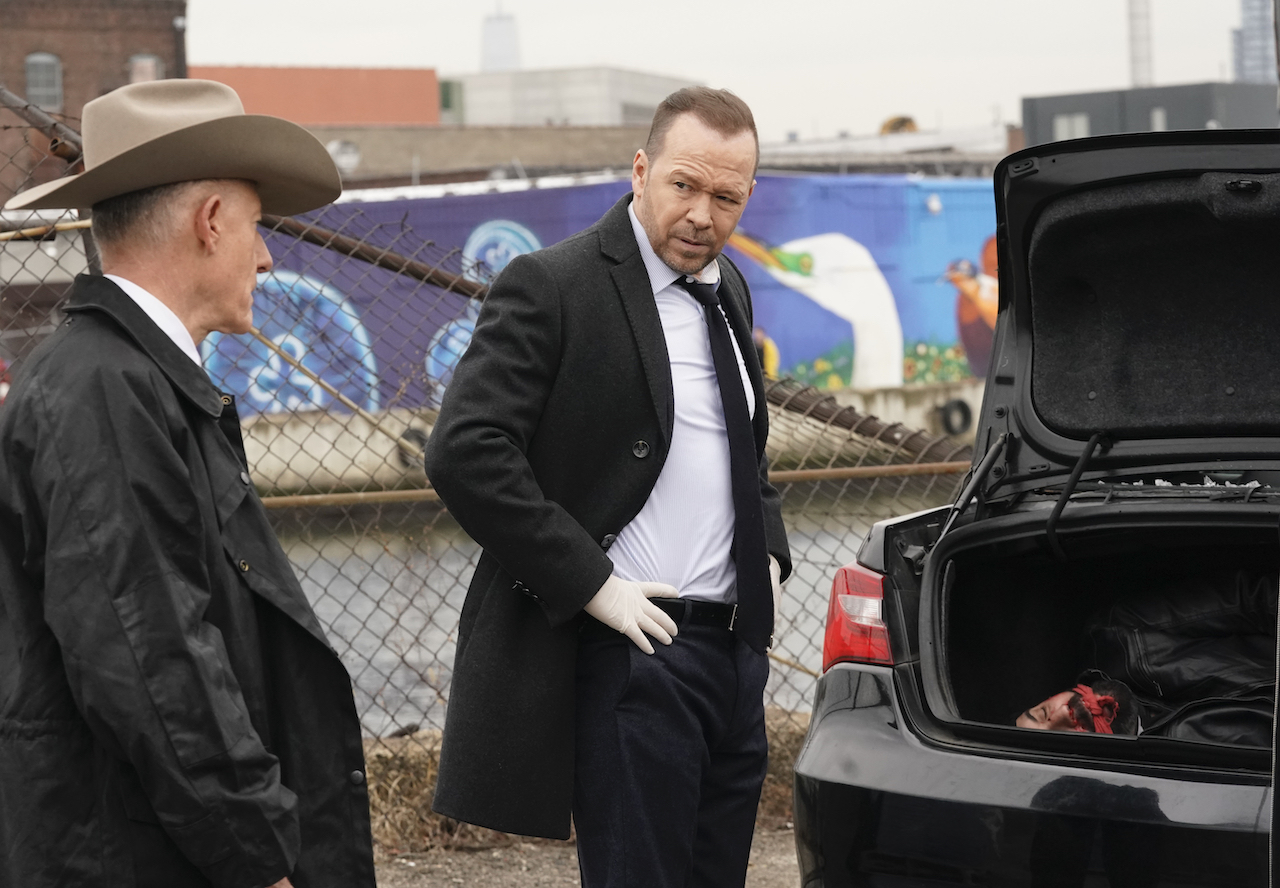 Lovett is a country singer. But he also acts and was in shows like Mad About You and The Bridge. He has been in movies like The Player, Short Cuts, Angels Sing, and more.

His first Blue Bloods appearance was in “Fog of War.” Danny (Wahlberg) and Baez start out helping to protect a witness who was being moved. But he is violently taken from them. The Texas Ranger is in the city for the trial after capturing the witness. He is then determined to find him, and Danny and Baez help.

Danny being a New Yorker and Waylon being a Texan made them an interesting pair. But they had things like formerly being in the Marines in common. Of course, Danny still liked to crack jokes at the ranger’s expense.

Lovett is joining a list of actors who have already returned for the new season. Dylan Walsh returned as Mayor Peter Chase earlier this season. The mayor asked Frank (Tom Selleck) to resign, but the police commissioner called his bluff.

Danny also reunited with Maggie Gibson (Callie Thorne) in the premiere. The medium previously helped him solve cases using her ability. He reached out to her again and she gave him a tip. But she also suggested the detective go out and have fun.

He turned her down at first since he likes to focus on his work. But the episode ended with him going out for karaoke with Maggie.

It’s unclear if the mayor or medium will be back for more episodes. But it looks like fans might see more familiar faces later in future episodes. For the one with Lovett, Danny is bound to make more jokes about the Texan.