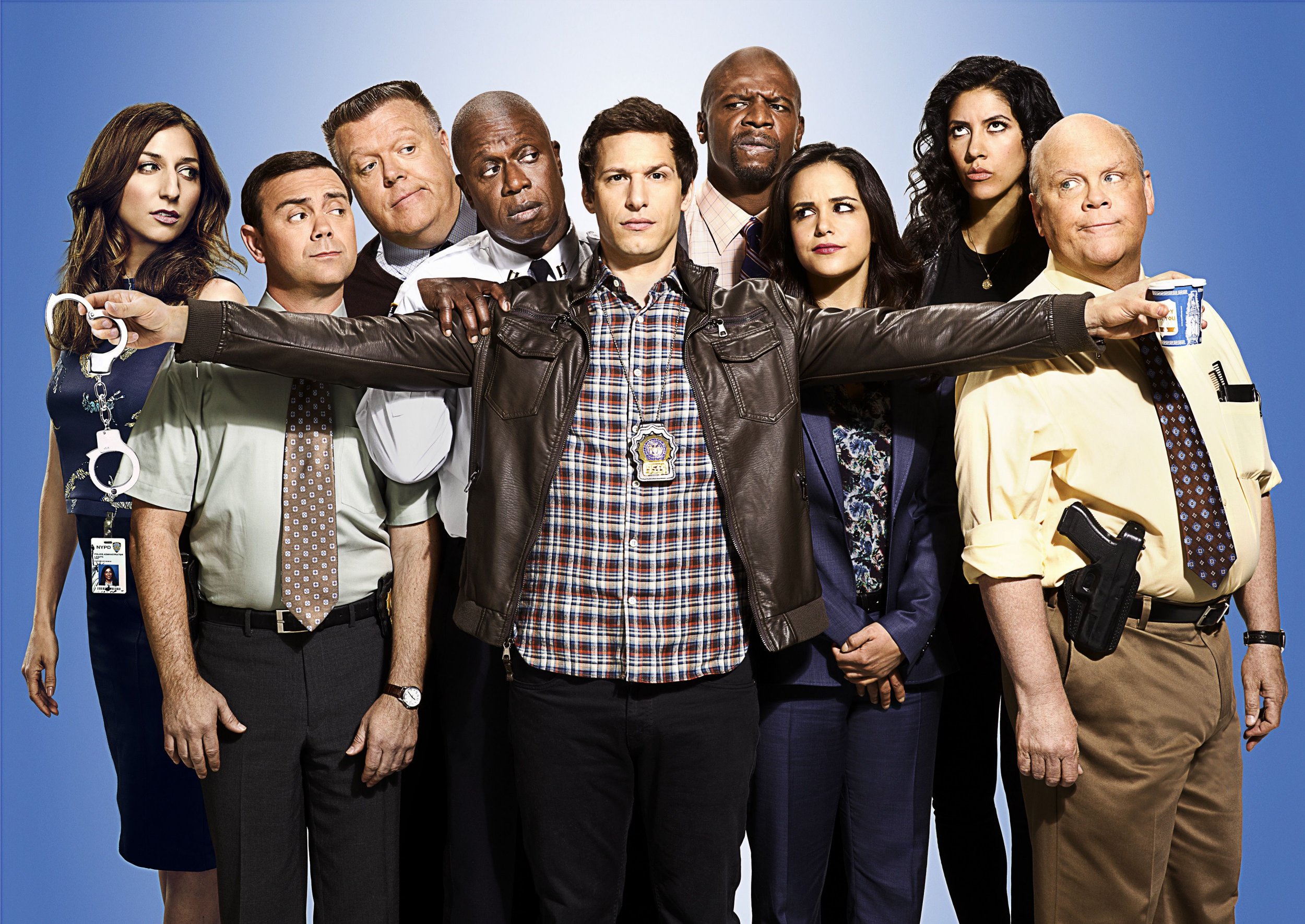 Brooklyn Nine-Nine has been confirmed to end after its upcoming eighth season.

The NBC police sitcom, which was saved from cancellation by fans, will be closing its doors when the upcoming episodes come to an end.

Season eight will run for a shorter run of 10 episodes, due in part to the pandemic restricting filming, and rewrites following the real life police brutality protests that took place in New York last year.

Confirming the news, Pearlena Igbokwe, Chairman of Universal Studio Group said: ‘Brooklyn Nine-Nine has been one of the jewels in our comedy crown. It’s had an incredible run across not one but two networks, garnered widespread acclaim and captured the hearts of fans all over the world.

‘We extend our deepest gratitude to Andy Samberg, Andre Braugher and our entire wonderful ensemble, and our amazingly talented writers, producers and crew.

‘And a special thanks to our brilliant showrunner Dan Goor, who could have rested on his laurels after season one but never took his foot off the hilarious gas pedal. B99, it’s been Noice.’

Starring Andy Samberg, Melissa Fumero and Terry Crew, the series has been widely praised for its balance of slapstick comedy and harder hitting subjects.

It was announced last year that in light of the Black Lives Matter protests against police brutality, that episodes will be rewritten to take this into account.

Brooklyn Nine-Nine started life on Fox and ran for five seasons before it was pulled from the schedule, causing the cast and fans to start a Save Brooklyn Nine Nine petition.

As a result, it found a new home on NBC, where it has remained ever since.

Production for season eight is yet to begin, but Samberg, who plays leading man Jake Peralta, has recently said they’re expected to be back on set ‘soon’.

It’s been predicted that the show will return in the later half of 2021.

Brooklyn Nine-Nine is currently available to watch on Peacock in the US and Netflix in the UK.