The series finale, titled “The Last Day,”  was up from the Season 8 premiere in August (0.4, 1.84M). Brooklyn Nine-Nine, which also features Terry Crews, Melissa Fumero, Stephanie Beatriz, Joe Lo Truglio and more, saw the gang come together for one last heist and an emotional farewell to the titular precinct.

As full of optimistic goodbyes and callbacks to earlier episodes the finale was, Brooklyn Nine-Nine came in second to Big Brother on CBS, which ruled Thursday in all fields. The latest episode (0.9, 3.77M)  of the reality series was the highest-rated and most-watched title of the evening.

Fox saw reruns of MasterChef and Call Me Kat. Consistent with previous episodes, The Outpost‘s latest (0.1, 0.42M) had a quiet showing on The CW leading up to its series finale in October. 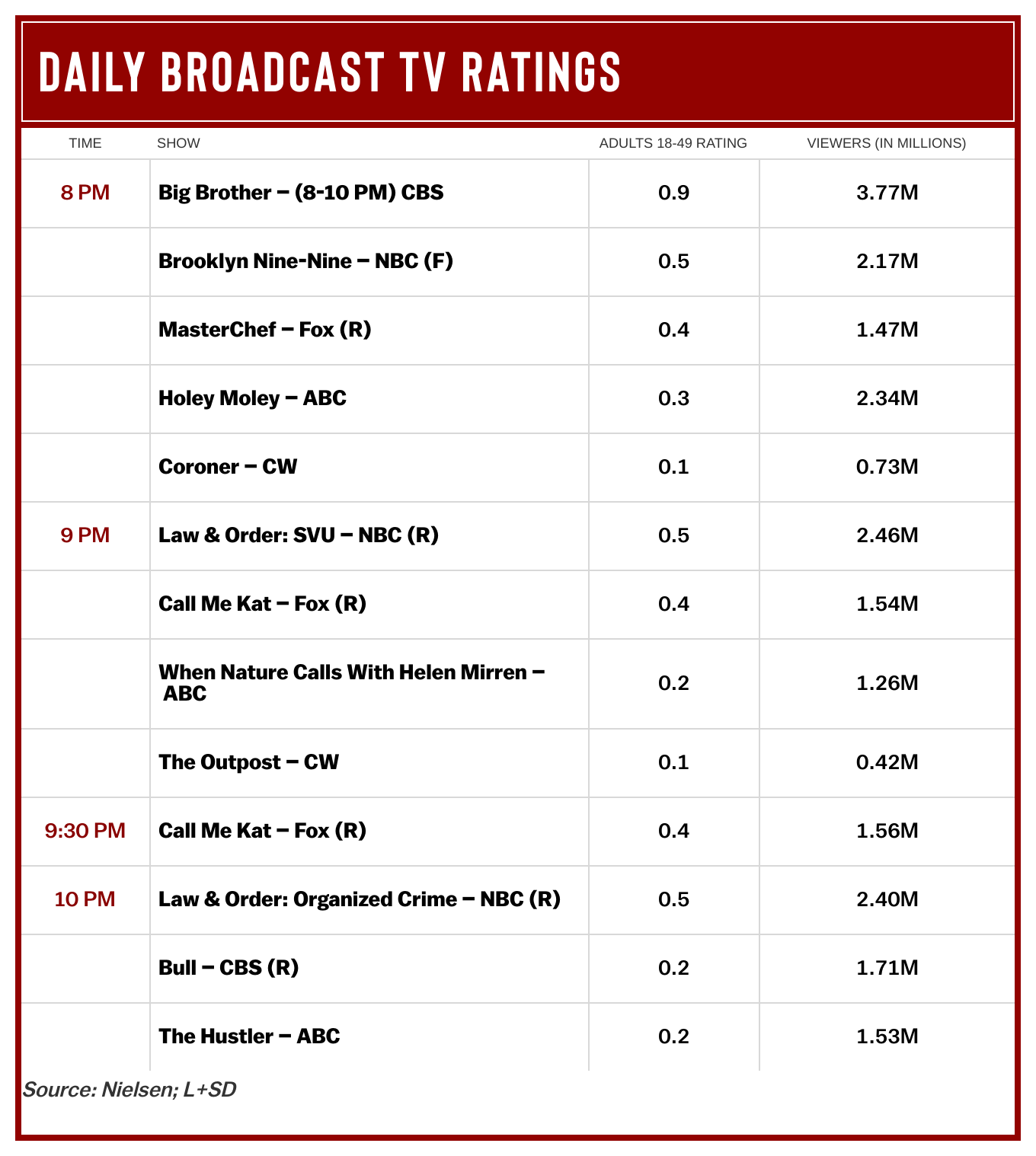