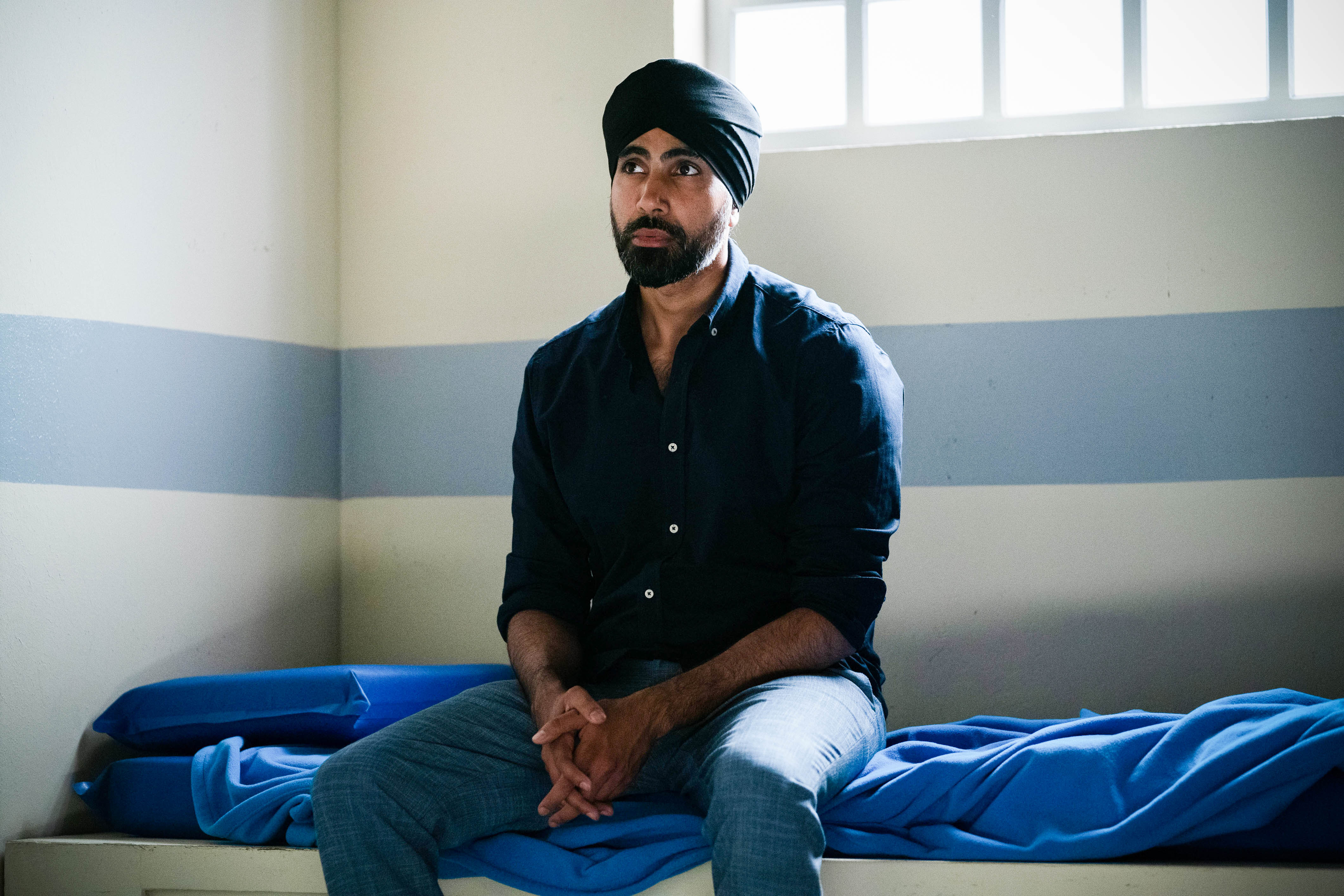 Callum Highway (Tony Clay) and Ben Mitchell (Max Bowden) are on tenterhooks in upcoming EastEnders scenes, as they await their fate in the wake of Kheerat Panesar’s (Jaz Deol) arrest.

The popular duo were left speechless last night, as they witnessed Kheerat being hauled off by the police on suspicion of the assault on Simon Atmore.

Simon, who murdered Paul Coker back in 2016, was released from prison earlier this year, after he appealed his conviction.

Ben discovered that the killer had been set free after a call from Pam (Lin Blakely). Naturally, he was livid, and wasted little time in pursuing revenge.

Callum, however, was desperate to talked his husband out of taking violent action, and even promised that he’d use his police job to acquire Simon’s phone number, so that he could have a civilised conversation with him.

But Ben wanted blood, and therefore he set in motion a meeting with Simon behind his beau’s back.

Left with little choice, Callum sought help from Phil (Steve McFadden), who was ultimately successful in talking Ben out of doing something he’d live to regret.

But little did they know that Kheerat, who was morning the loss of his brother Jags (Amar Adatia), decided to take his aggression out on Simon, who was under the impression he was meeting up with someone to discuss a potential job opportunity.

Callum was horrified to discover what Kheerat had done as, given that he used his job to acquire Simon’s phone number, he could be implicated in the attack.

And his worst fears could be about to come true, as Kheerat was arrested during last night’s edition of the BBC One soap.

New pictures from tomorrow’s (Thursday August 19) episode see Ben and Callum awaiting news from Kheerat, desperate to know if he revealed why he attacked Simon, or if he told the police about how he knew where Simon would be on the day in question.

Kheerat, meanwhile, can be seen in a cell. But can he be trusted? Will he keep shtum about Ben and Callum’s involvement in the assault?

Or will he come clean in order to protect himself?

EastEnders airs these scenes Thursday August 19 at 7:35pm on BBC One.