BBC viewers were able to tune into the first-ever series of Canada’s Drag Race, which concluded last week. And after a close finale, it was Priyanka who took the crown. The star has since opened up to Express.co.uk about her win, how she went about creating her iconic finale look and how she feels about the criticism of the judging panel from fans of the series, which she said didn’t agree with, saying: “You don’t have to do it with negativity… stop it!”

Fans of the show were thrilled to see the queen take the title after having a particularly emotional journey.

However, one thing some viewers commented on throughout the series was the critiques from the judges, with many feeling they were too harsh.

And now, the winner has given her own verdict on the judges’ comments throughout the season. 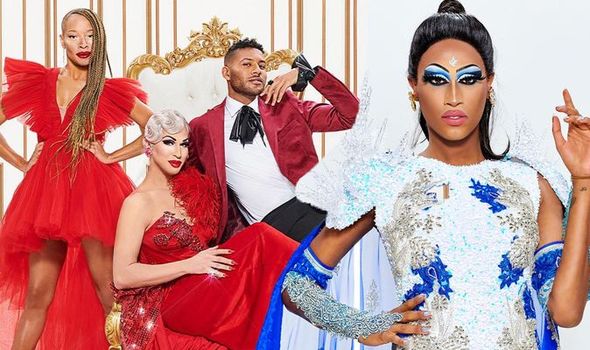 But Priyanka urged fans not to criticise, saying: “No one trusts the judges at first, because no one ever trusts anybody at first and it took a while to build a rapport.”

“Throw a couple of sound effects here and a little bit of this there, it’s that much more elevated!” 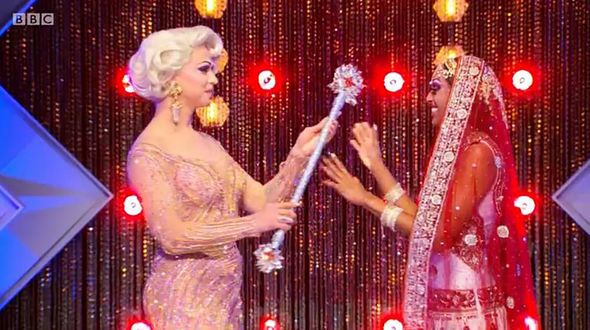 Priyanka understood the “audience wants to fight for their favourite,” adding: “If a judge tells me that my hair is flat and ugly, they’re [fans] like, ‘How dare you? You’re the worst judge ever!’

“Yeah, I just think it’s okay to support your favourite you don’t have to do it with negativity… stop it!”

Luckily, the series was generally a very positive one, with Priyanka confirming how well all the queens get on in real life.

Elsewhere, one thing that caught the attention of viewers, in particular, was her stunning finale runway look, which was hugely popular with fans.

Explaining how she pieced the look together, she said: “I wanted to wear Canadian colours for the finale with a Bollywood twist!

“That was always my plan from the beginning because you know that no matter what, they usually bring the girls back to the finale, so if you get eliminated you still can have your moment.

“I just like had this idea to just do it and it just ended up looking so beautiful and gorgeous and I was so excited to like show everybody.”

She also revealed how she had kept the look a secret, confessing: “I had hidden when the cameras were around because I didn’t want the cameras to catch it.”

Of course, fans of Drag Race will know the UK had its first season last year, which saw Scouse Queen The Vivienne take the crown.
And Priyanka is looking to get involved with one of the series’ favourites, Cheryl Hole.

The Essex-based queen – inspired by singer Cheryl – wants to pair up with Priyanka for a very special reason.

Priyanka said: “I want to come to the UK and do a Lip Sync Battle against Cheryl Hole and do a Girls Aloud song!”

Canada’s Drag Race can be streamed on BBC iPlayer now.