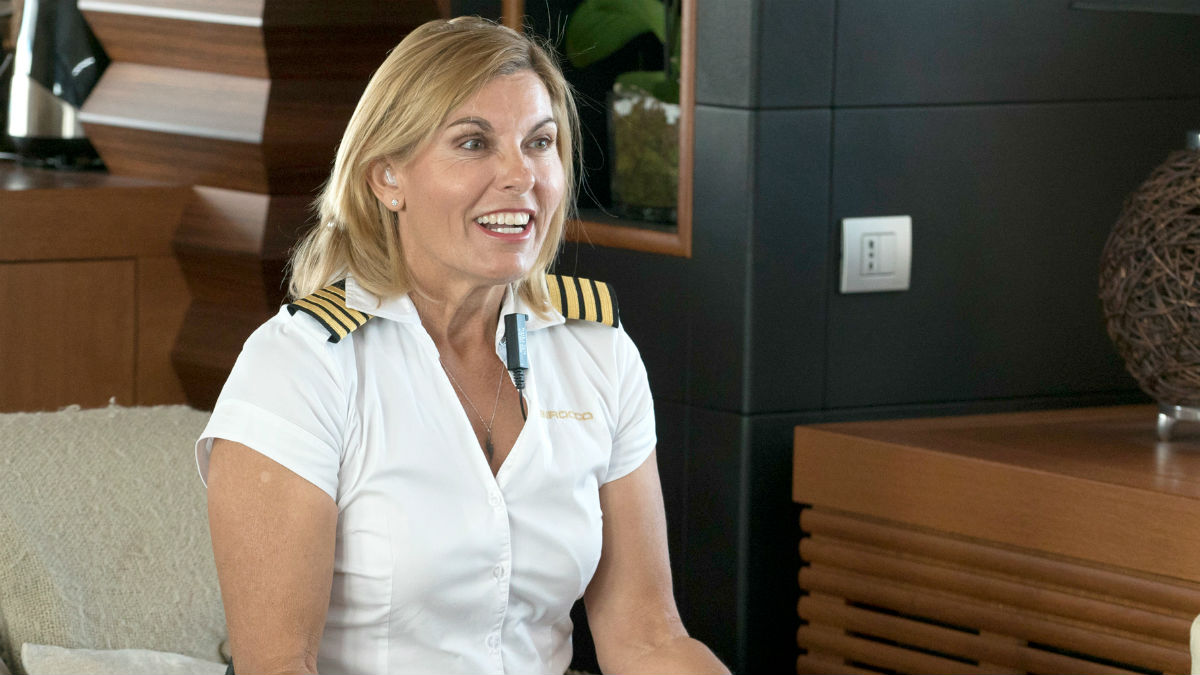 Captain Sandy Yawn is calling Below Deck Mediterranean Season 5 the toughest and most rewarding of her time on the Bravo show.

The current season has been dubbed one of the craziest in the series. It is living up to that description. There have been two crew members who were fired, one crew member who quit, and a lot of fan backlash.

As the remainder of the controversial and dramatic season is set to play out on Bravo, Captain Sandy is sharing her perspective on it. She has endured a lot of fan hate over the past few weeks.

The captain continues to explain her side of the story and recently did it again on Behind the Velvet Rope with David Yontef.

Captain Sandy admitted the drama and stress of Below Deck Med this season had her reaching out to other captains in the industry.

“A couple of times I go, ‘What am I going to do?’ I ask myself, and then I call my other captain friends, ‘Hey, what’s it like on your boat?’ And then I don’t feel so bad,” she said. “I go to my cabin, and I call captains that are on charter. And I go, ‘You won’t f**king believe this.’ So, we all have these conversations. I’m like, ‘Oh, okay. This happens all the time.’”

The captain also spilled that since the show premiered, she has dished about the extreme emotions she felt. Captain Sandy calls it the “most rewarding and toughest” of her four seasons on the Bravo reality TV. The wow factor for the season has been off the charts, that is for sure.

Those tough parts include firing Hannah Ferrier and Chef Kiko. As for the rewarding parts, working with Malia White and Bugsy Drake make the cut.

More than a show

The fan hate has been at an all-time high for Captain Sandy thanks to her actions involving Kiko and Hannah. She has stuck her guns regarding both firings and tried to get fans to understand that yachting is a profession. There is so much more that goes into being a captain than what viewers see on television.

Captain Sandy says that she is responsible for the crew on- and off-screen. If something dangerous happens or the crew isn’t up to snuff, she is the one who must rectify the situation. She used the example that if a crew member is arrested and goes to jail, the captain is responsible for bailing that person out.

“We’re a real professional industry just because of your watches they think we’re friends. We’re not friends. I’m their superior. Ultimately, I am in charge, and I’m responsible for their lives,” she explained.

Her statement has left some fans baffled, considering her close relationship with Malia and Bugsy. Below Deck Med has certainly featured Captain Sandy favoring both of those ladies this season.

Below Deck Mediterranean airs Mondays at 9/8c on Bravo.