Carol Vorderman says she was the 'perfect wife' to her husband

Carol Vorderman, 59, is best known in Britain for being a presenter on Countdown for almost three decades, taking on the role of maths whizz. Since then, she has enjoyed success as the host of the Pride of Britain Awards, being a regular panellist on Loose Women and featuring as a campmate on I’m A Celebrity…Get Me Out Of Here! However, it seems the former Channel 4 quiz show star is one of the favourites in the running to replace departing host Nick, 76.

The former The Apprentice star took to Twitter on Monday to announce he was stepping down from hosting duties after almost a decade.

It was reflecting on his life during the second national lockdown the 76-year-old decided not to renew his contract when it comes to an end next year.

There is yet to be an official comment on who will be replacing him but bookmakers believe Carol is a strong contender.

For 26 years, the veteran television presenter won over the hearts of the nation but was replaced by Rachel Riley, 34, in January 2009.

With the latter holding her predecessor’s previous role, it seems the broadcaster could become the programme’s first-ever female host. 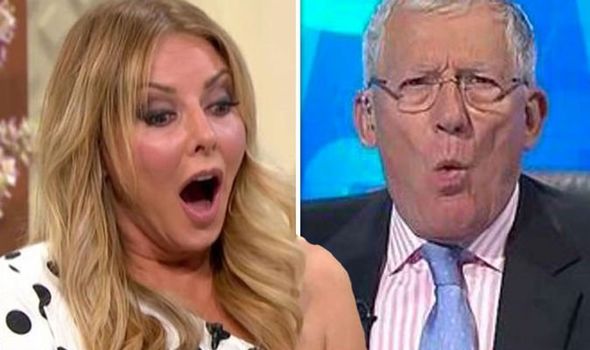 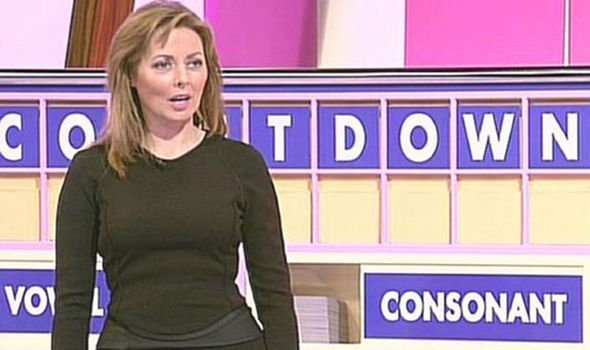 At 3/1, Carol is second in line with Coral bookmakers to replace Nick, with sports presenter Colin Murray, 43, the frontrunner.

The latter is set to feature in a number of upcoming episodes after standing in for the former The Apprentice star as he was forced to shield during the national lockdown.

However, the punters are still gearing towards the former Loose Woman being the big name to take the top spot.

“Countdown will have a new permanent host in the New Year but we think it could be a familiar face,” spokesperson Harry Aitkenhead said. 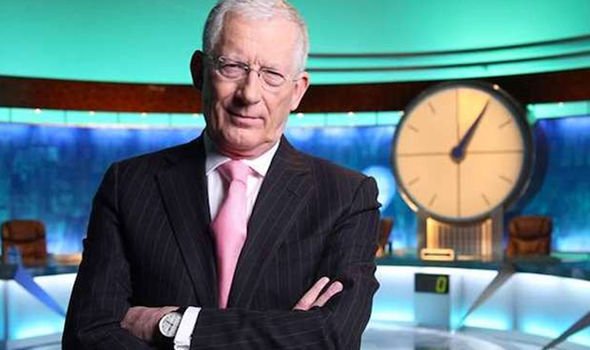 “We make Carol Vorderman 3/1 to complete a sensational return to the show as host,” Aitkenhead added, but he did state the former Countdown star is still lagging behind Colin.

The former I’m A Celebrity star has spoken about her time on the show, as recently as 2018 when she presented ITV’s Lorraine.

Speaking with former Emmerdale star John Middleton, 67, who played Ashley Thomas on the ITV soap, the mother-of-two recalled her time in the programme’s studio.

Discussing both living up North, the chat show stand-in said: “I loved living in Lancashire while I was doing Countdown.”

“I had so much fun with Richard Whitely… I miss it,” she said, referring to the first-ever host of the quiz show.

Carol has also spoken about taking on the main duties before following Jeff Stelling’s, 65, departure in 2011.

Asked if she would step into his shoes, Carol said: “It’s not my business any more. I am just a viewer now like everybody else.

“I would not want to go back to it. I was very lucky and worked consistently for nearly 30 years,” she added.

“I have got the balance right for the first time in my life. I play more now, much more than I used to,” Carol continued.

Other celebrities in the running to replace Nick include Clare Balding, 49, at 4/1 and former Great British Bake Off star Sandi Toksvig, 62, at 6/1.

Good Morning Britain presenter and Tipping Point host Ben Shephard, 45, is also in the running to take the job at 8/1.