It’s no secret that it’s becoming increasingly difficult to measure success in the TV industry. Social engagement, overnight ratings, online petitions, and episode rankings have all become bizarre internet currency that hint at a series’ popularity. By most metrics, however, “Chernobyl” is one of the surprising hits of the year, taking a tragedy of public record and imbuing with a prescient, detailed consideration of what that tragedy meant for the people of the Soviet Union and the world at large.

This flexibility of interpretation has helped make it one of the year’s most resonant series, a show that has lasted longer in the regular TV conversation than many of its network counterparts. Much of that conversation likely stems from its ability to speak to the current global atmosphere, both literally and figuratively. There is a strong undercurrent of the value of science and investment, of what can be lost when fact-based reasoning gives way to uninformed whims. 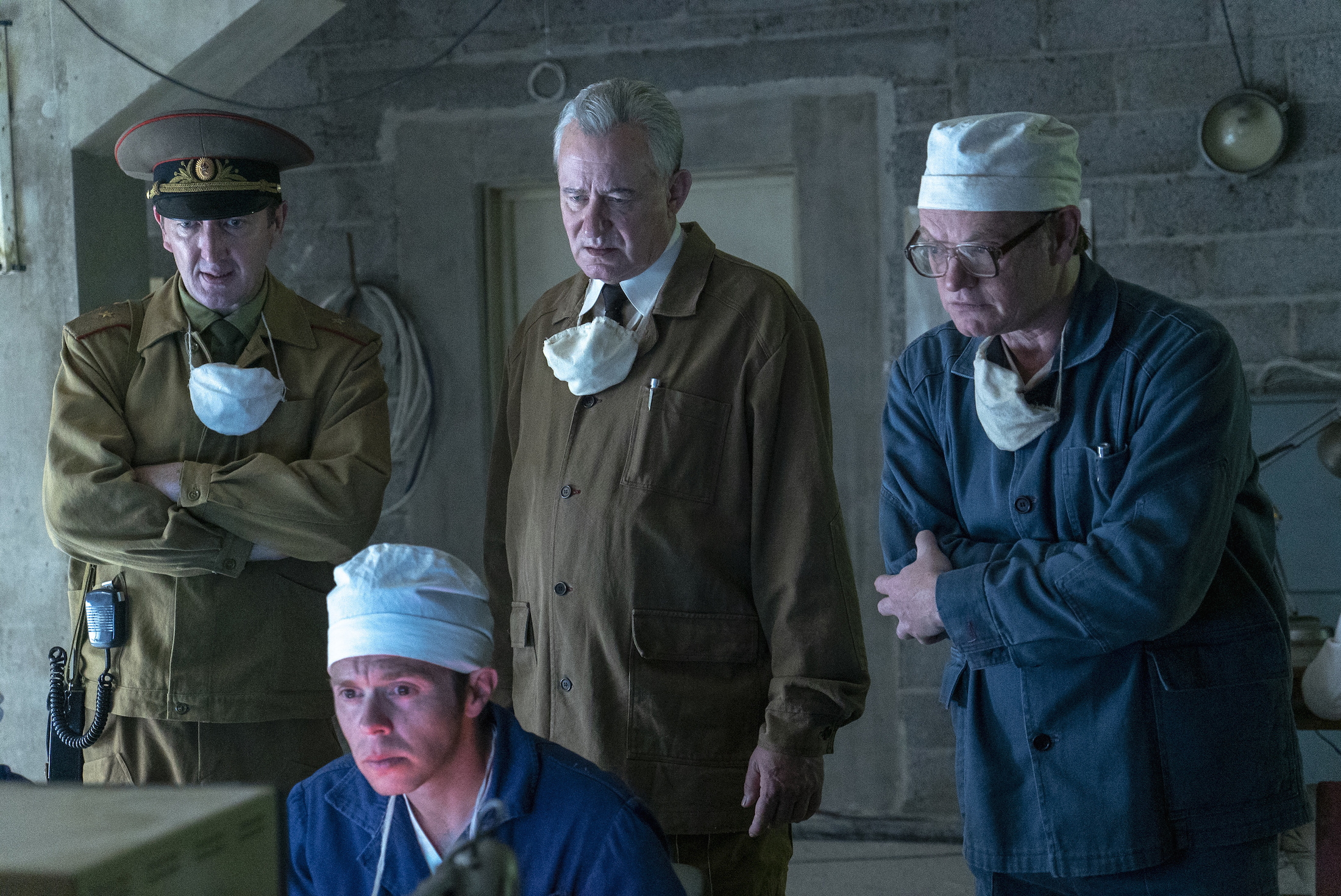 In that way, “Chernobyl” can be a parable for the looming, ever-present climate crisis. Some see it as a rebuke of policies of the current White House administration. Others miss the urgency of the story and use the show as a cudgel to nurse Cold War grudges. “Chernobyl” becomes a prism through which anyone can bring their own anxieties and be reminded that those fears are not unique, that they evolved from the some of the same mistakes that led to the Chernobyl explosion in the first place.

That sense of understanding about what the show “actually is” comes from an admirable sense of restraint on the part of the show’s creative team, beginning with “Chernobyl” creator and writer Craig Mazin. Much like the initial season of the podcast “Slow Burn,” which dug into the less-known history of Watergate, “Chernobyl” avoids making winking references to the present that would turn the show into a less-effective screed. Despite aiming to make a show that fundamentally grappled with the nature and exploration of “truth,” Mazin consciously withheld using the word itself for fear of being too overt about its messaging.

It can seem obvious to claim that a story like this is about the characters, less than the events surrounding them. But this show’s five-part, episodic structure allows the explosion at “Chernobyl” to be more of a connective tissue than the main attraction. Each chapter has its own thematic concerns and its own genre signifiers. Doomed love, lost pastoral innocence, and a detective tale centered around the aftermath of a biological disaster all come swirling together without one overtaking the other. 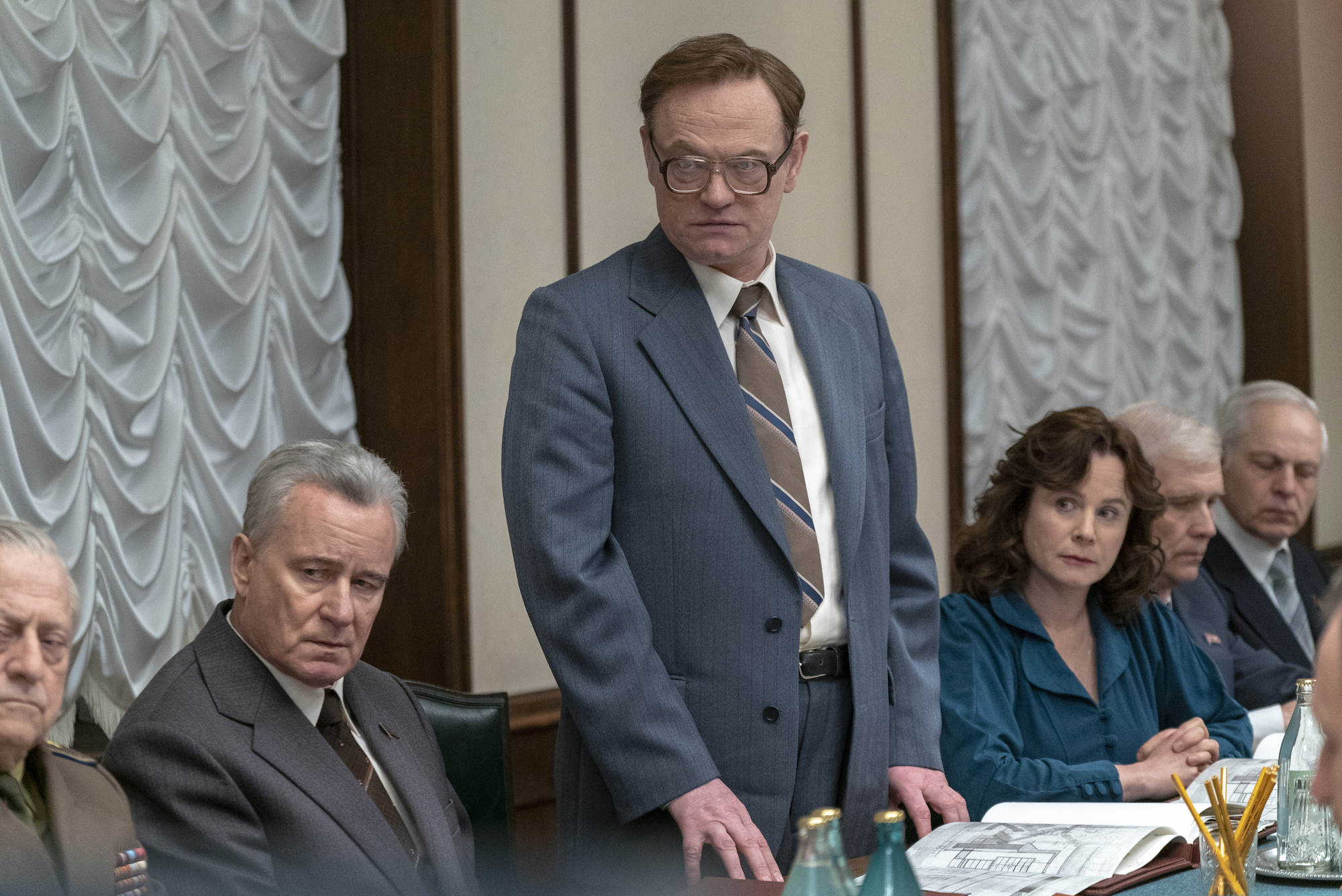 There’s no depth sacrificed in the process, either. “Chernobyl” is told with an efficiency that allows all of those disparate elements to come together in something that feels as enriching as watching five separate series all at once.

Just look at the scenes when Valery Legasov (Jared Harris) is tasked with delivering his assessment of the damage to the Soviet leadership, when all the audience needs to see is the silent horror in his demeanor as he hears an exponentially underplayed accounting of how much danger they are all in. Having Mikhail Gorbachev in that room adds in an inescapable political layer to the show. But those impassioned speeches in that board room are far more concerned with history and language than ideology, how words can be skewed to fit any number of malicious ends.

“This is not about, ‘Be terrified of nuclear power.’ This is about, ‘Be terrified of narrative.’ The entire world is just sliding toward marketing. Everything becomes advertising. There are no more people anymore. We don’t vote for people. You vote for advertised brands. It is not the truth. And we have to start cutting back to the truth or we’re going to get sold. And sometimes the stuff they sell you, it kills you,” Mazin said.

Combatting something as deadly and unpredictable as a cloud of radiation requires a certain amount of effort. Like the trio at the show’s center, “Chernobyl” demands a kind of active participation. Some of that has led to a wave of articles and galleries and explainers comparing the details of the show with the established historical record. It’s opened a gateway to lists of additional resources and material for those hungry for more information to help bolster their interpretation of why this show remains relevant.

But perhaps the most compelling part of this series is that its paramount enemy is something that can only be seen in the adverse health effects it leaves upon those who fight against it. And when a show leaves a vacuum and doesn’t offer up an easy human villain, it becomes that much easier to have a story with these multiple interpretations. There are many characters in “Chernobyl” who make ill-informed decisions that lead to catastrophe. As callous as their actions seem, one of the ways that this becomes such an effective horror story is realizing how many events had to occur to result in needing this mammoth effort to save thousands of lives. If it can happen once, it can happen again.

“Chernobyl” is now available to stream via HBO.