Boris Shcherbina (played by Stellan Skarsgård) is a real-life political leader who was tasked with managing the accident at Chernobyl. Sky Atlantic and HBO viewers were left wondering what happened to Shcherbina after the end of the events depicted in the Chernobyl series on Sky. Chernobyl fans may not be surprised to know that what happened to Shcherbina was not wholly positive after the amount of radiation he was exposed to.

What happened to Boris Shcherbina?

To quote from the scroll at the end of the Chernobyl series: “Boris Shcherbina died on August 22, 1990…four years and four months after he was sent to Chernobyl.”

In the series, we see Valery Legasov (Jared Harris) warn him repeatedly that the radiation he was exposed to would severely affect the length of his life.

However, an official cause of death for the 70-year-old has never been released.

As the Washington Post wrote at the time of his death: “Shcherbina, who personally ordered the construction of a new town for Chernobyl workers in a highly contaminated area, died last August at age 70 after what the Soviet press described as ‘a serious illness.’

WILL THERE BE ANOTHER SERIES OF CHERNOBYL? 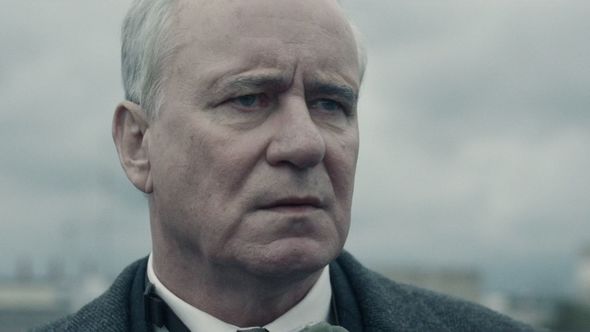 “It is impossible to tell to what extent his death was caused by radiation.

“Under a secret 1988 decree drafted by Shcherbina, which remained in force until very recently, Soviet doctors were forbidden from citing radiation as a cause of death or illness.”

Before he died, however, Shcherbina was involved in another disaster that befell the Soviet Union.

WHAT HAPPENED IN THE CHERNOBYL FINALE? 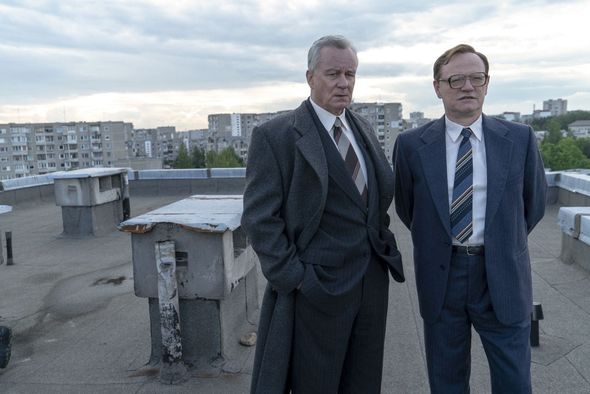 According to Sputnik News, this earthquake was equivalent in energy to the dropping of 10 atomic bombs.

After managing this catastrophe, in part by inviting international aid into the area, he was deeply involved in Soviet politics until his death.

In 1990, months before his death, for example, he submitted a note to the Politburo criticising USSR leader Boris Yeltsin.

HOW HISTORICALLY ACCURATE IS CHERNOBYL? 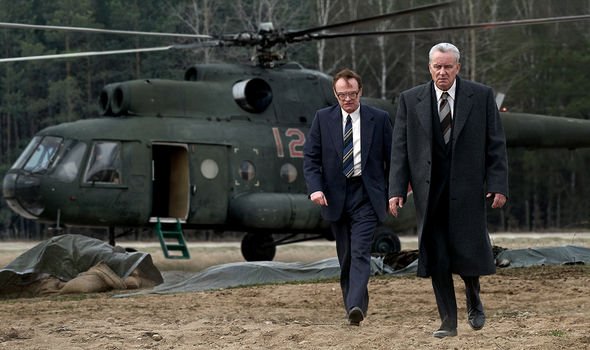 According to Gubweek.ru, he wrote: “The fact that Yeltsin was elected chairman of the Supreme Soviet of the RSFSR (Russian Soviet Federative Socialist Republic) will have dangerous consequences for the country’s politics and economy.

“He has neither the political nor the moral qualities needed for the post of the new head of the Supreme Council.

“If Yeltsin’s group succeeds in completely capturing the Supreme Soviet and the Council of Ministers of the Republic, the hardest time in the history of the country will come.”

After his death, he was buried at the Novodevichy Cemetery in Moscow, Russia.

Chernobyl is streaming on NOW TV.