CHLOE Ferry proudly shows off her incredible figure in a thong swimsuit on holiday after Sam Gowland split.

The Geordie Shore star slipped into the skimpy one piece while on holiday in Ibiza. 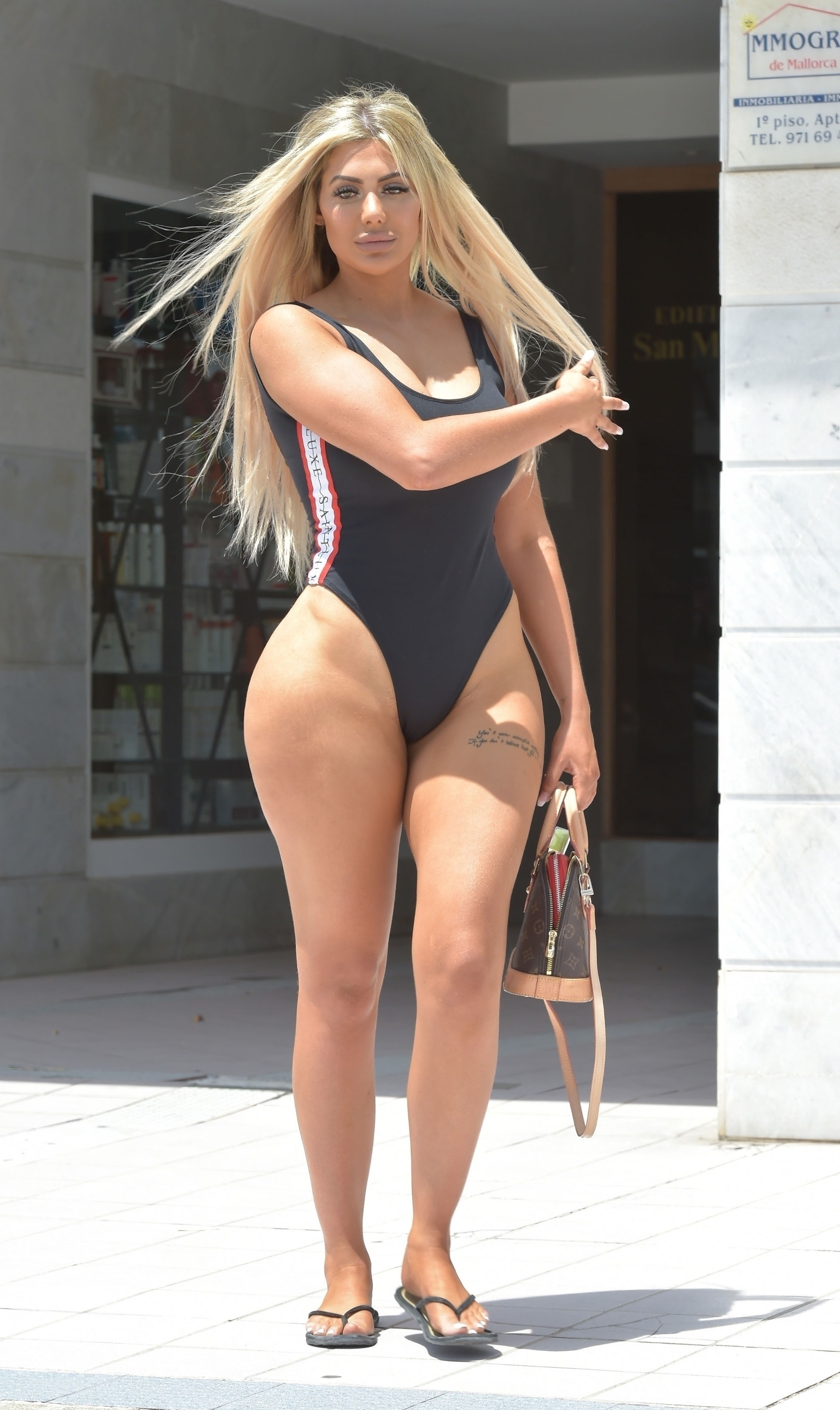 The 3-year-old was pictured wearing the block coloured bathing suit, which had white and red panel detail down the sides as she popped to the chemist on her break to the Spanish island.

She added the extra touch of glamour as she took her Louis Vuitton handbag and sunglasses with her on the stroll.

Chloe wore her long hair straight down, and had a full face of make-up complete with false eyelashes for the outing, although Chloe ditched a cover up she was seen holding onto a checked shirt.

Earlier in the day Chloe shared a close up of her in a skimpy animal print bikini. 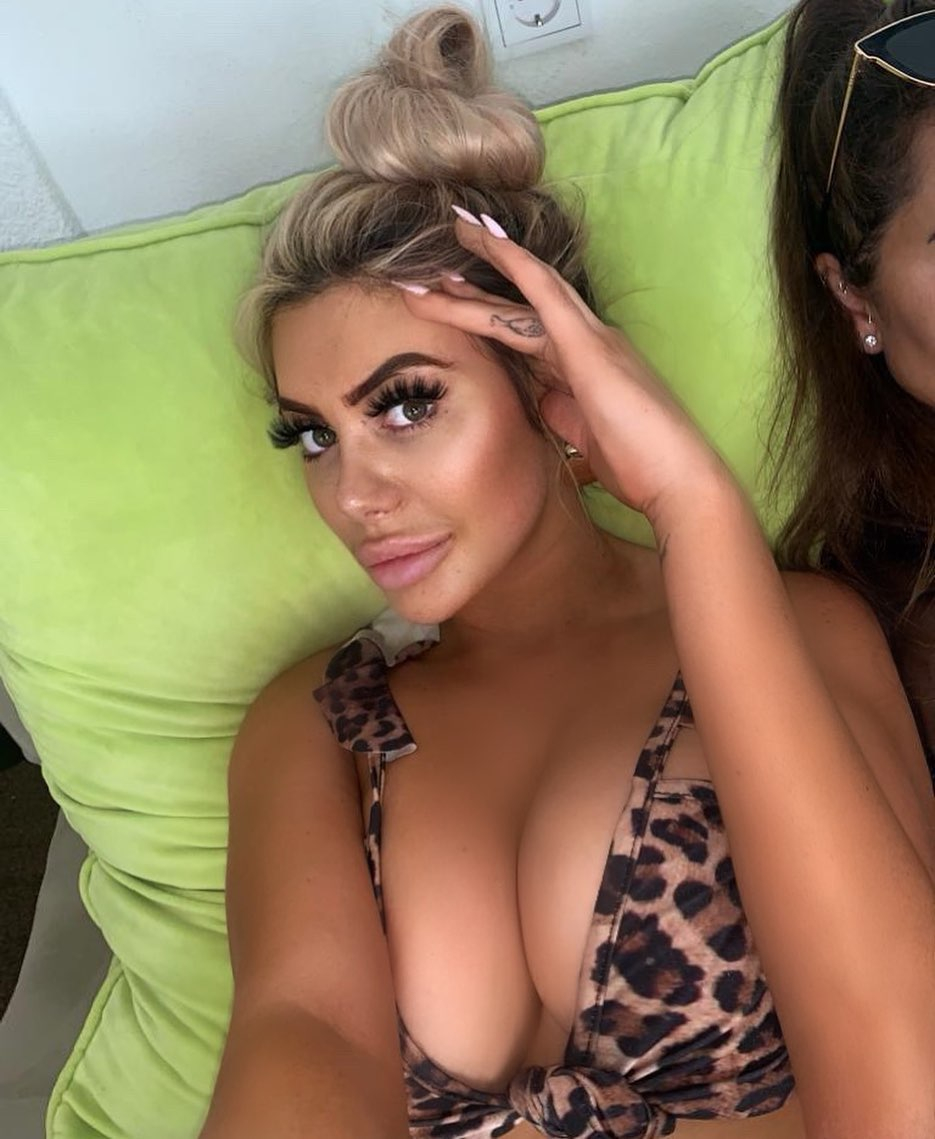 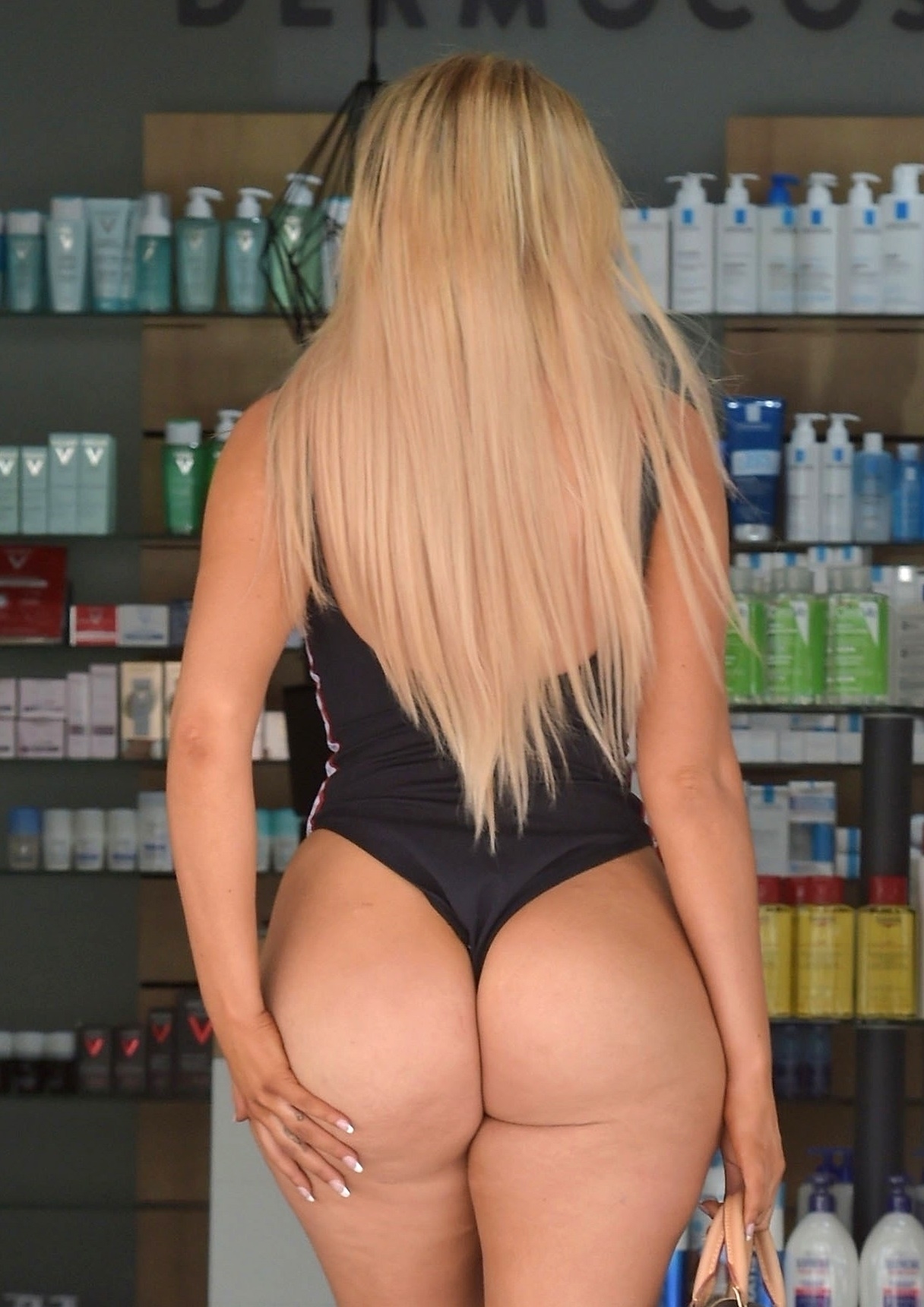 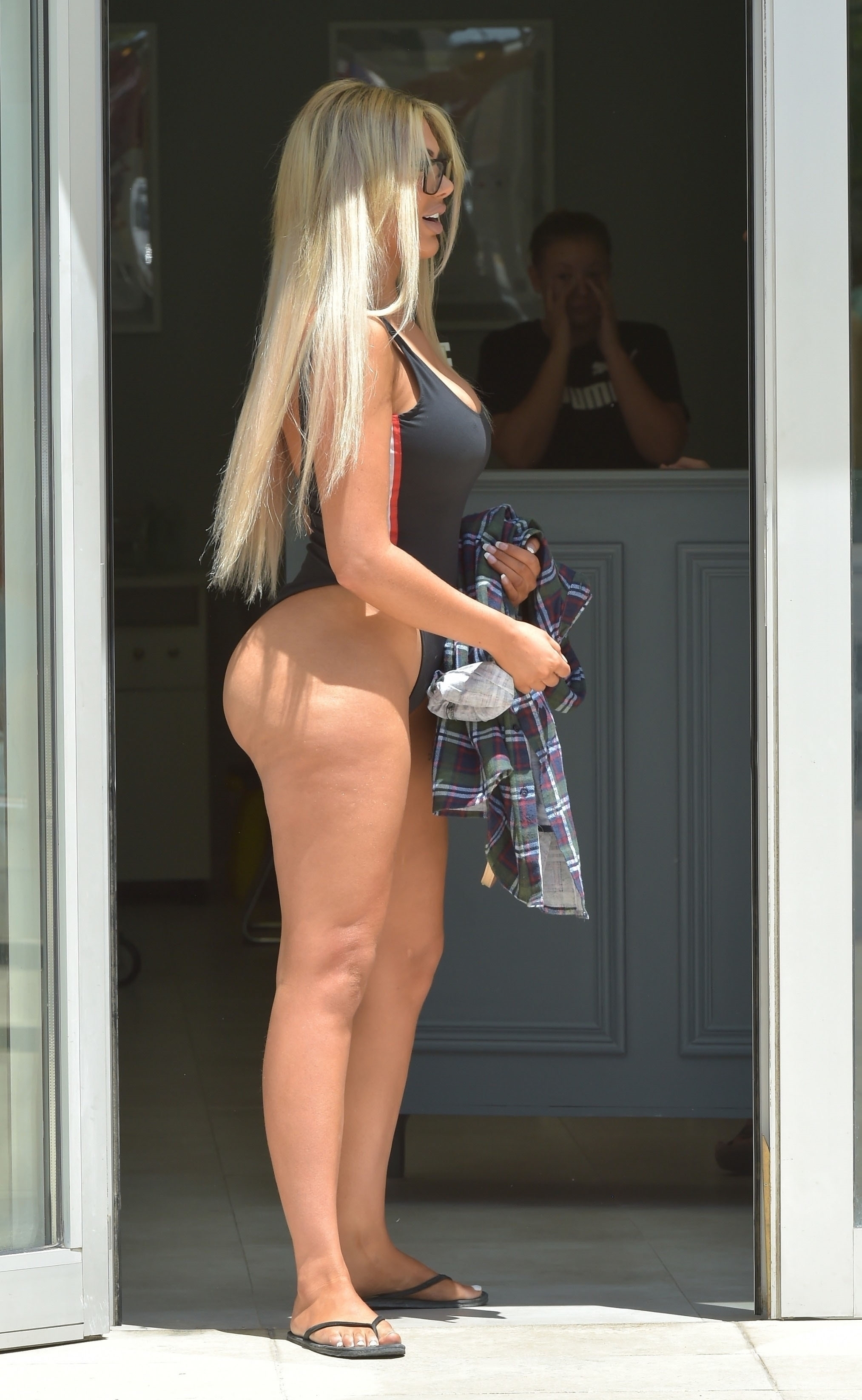 The MTV starlet has been very open about her cosmetic procedures since finding fame on the reality show.

Since shooting to fame on the MTV reality show in 2015, Chloe has had two nose jobs, boob implants, a bum lift, and regular fillers.

She has also had painful liposuction on her thighs and stomach and having fat injected into her bum. 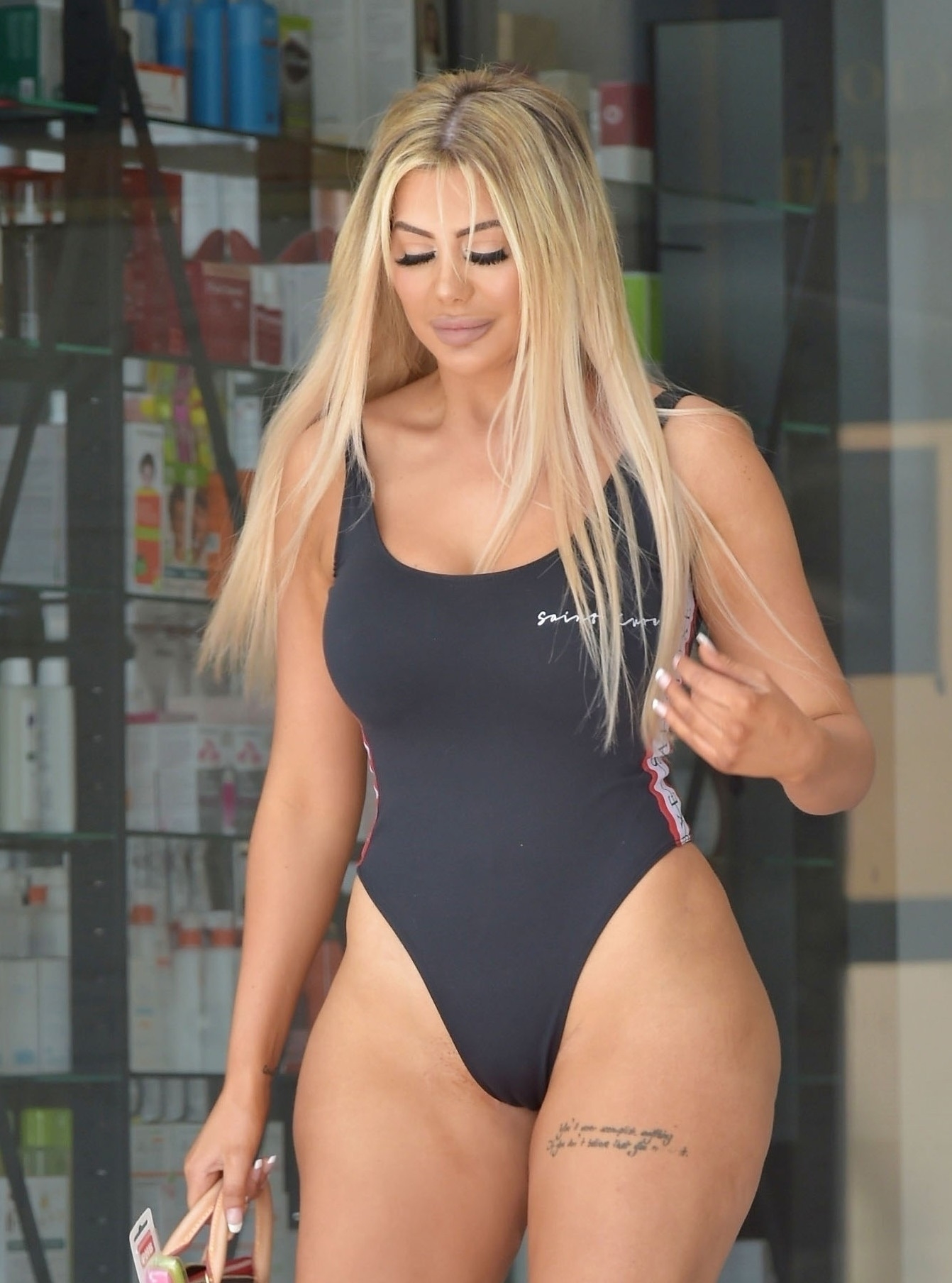 Chloe's trip to Ibiza comes shortly after her row with her ex boyfriend, which saw him brand her a dirty c*** after he left his home in a mess.

Although the pair have split they are on speaking terms, and Sam has allowed Chloe to use his house, one of many they won together, for the night before she went away.

Last week he arrived home to find the place in disarray with splattered curry, underwear, splodges of make-up everywhere and dirty footprints on his gleaming floors – and a sink full of dishes.

In May this year The Sun Online revealed Sam, 23, had bedded a Love Island beauty during a brief split from Chloe, but they were on holiday together in Majorca when the news broke.

It was then reported that they'd split for good however, they were then spotted enjoying a romantic meal together back in the UK confirming they were giving things another go, although they have since split for good and Chloe has tattooed over his name on her wrist.