During Tuesday’s episode of Springwatch, BBC presenters Chris Packham and Michaela Strachan were back broadcasting live from Wild Ken Hill in Norfolk where they captured the dramas of wildlife birds including avocets and barn owls. Elsewhere, Iolo Williams encountered some red deer at Alladale Wilderness Reserve in Scotland, while Gillian Burke dipped into the waters of Strangford Lough in Northern Ireland.

During one segment, wildlife expert Chris gave viewers an insight into the different types of birds they had been watching.

He explained that they had a number of remote cameras set up across the reserve so they could see what they’d been up to.

“Here at Wild Ken, we are up to our old tricks with our remote cameras,” the presenter explained.

“We’ve got a whole network of them spread out across the reserve.” 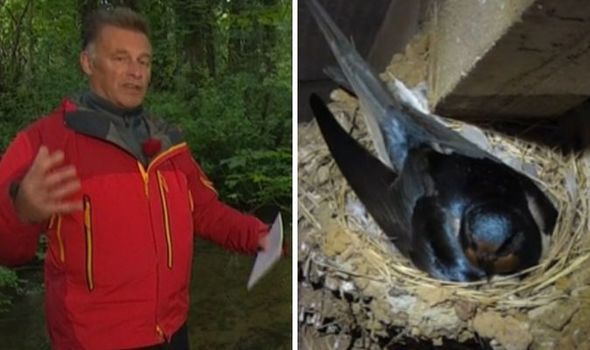 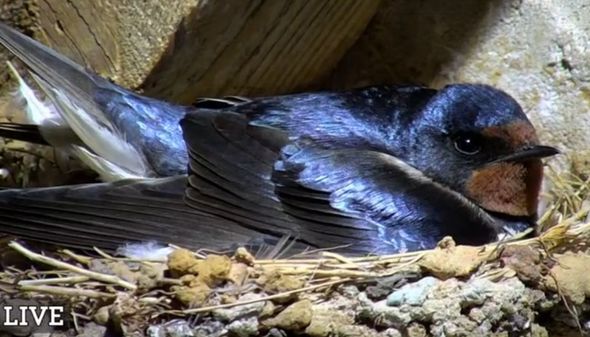 As he showed the number of birds they were watching on the cameras, he decided to focus on the swallow’s nest.

“One of my favourites we are going to go to is the swallow,” he continued.

“Let’s go live to our swallows, there we are. She is on the nest there and this is in a barn.

“Obviously, not where Michaela and I are at the moment, they’re over at the main part of the farm.” 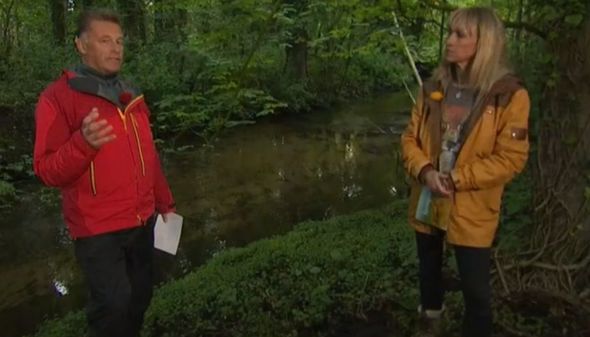 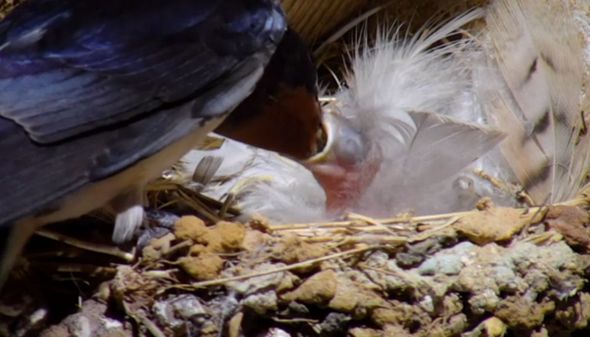 As he overcame with excitement at a close-up shot of the swallow, Chris exclaimed: “Oh, my God, look at that. What a bird.

“The beautiful orange on the chin, the little beautiful beady black eye, out of shot that long symmetrical tale, what a bird.”

The wildlife expert went on to explain to Michaela that he had been keeping an eye on the swallows because they had been displaying “unusual behaviour”.

“We’ve been keeping an eye on these swallows as their behaviour has been a bit unusual this year,” he explained.

“They are nesting in a normal swallow spot and the door is permanently open of course so they can get in and out.

“They’ve come back to a nest that was previously used but what’s interesting is when we found it, it only had three eggs in it.

“We don’t know some of them could have disappeared, but we think it’s unlikely because of the timing of that find.

“Typically, we would expect swallows to have a clutch of five [eggs].”

He went on to point out that they know they are insectivorous birds and there has been fewer insects for them to eat due to the cold weather.

He added: “That may have impacted on the female’s body weight and her capacity to produce a large clutch of eggs.

“Particularly when they have migrated back from Africa, it’s an exhausting process.”

Michaela chipped in: “Let’s hope there are enough insects to feed the chicks that are in there now.”

Springwatch returns on Wednesday at 8pm on BBC Two.