Leanne Battersby (played by Jane Danson) is determined to fight the hospital’s decision to withdraw treatment for her son Oliver on Coronation Street. However, as the heartbroken mother and Steve McDonald (Simon Gregson) gave their evidence in court, ITV fans spotted a huge blunder with Leanne’s insistence that Oliver’s father wears a tie even though Simon Barlow (Alex Bain) was also not wearing one.

“Steve where’s your tie?” Leanne asked and Steve replied: “You know what I think I’ve left in the hospital.”

“Come on,” Leanne said. “You can’t go into court without a tie.”

“I’ll go and get it, we’ve got time,” Steve suggested.

“No we could be on any minute,” Leanne hit back. ‘How’s this going to look with the judge? She’s going to think you don’t care about your own son. 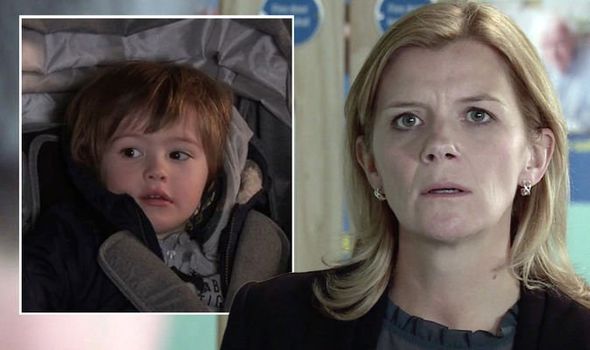 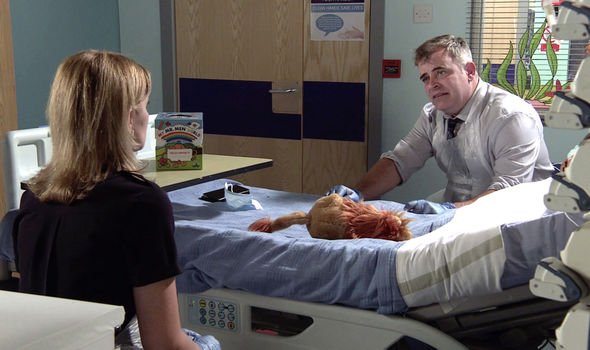 “You can’t even be bothered to put a tie on, we’re going into court, not the Rovers.”

“It’s just a tie it doesn’t matter,” Simon, who was also not wearing a tie, quipped.

Leanne hit back: “It’s important we’ve got to look good in there, nothing can go wrong. This is our last chance, this is Oliver’s chance.”

Steve ventured off in search of a tie and quickly found one but ITV viewers flocked to Twitter to question how Leanne didn’t notice Simon’s attire. 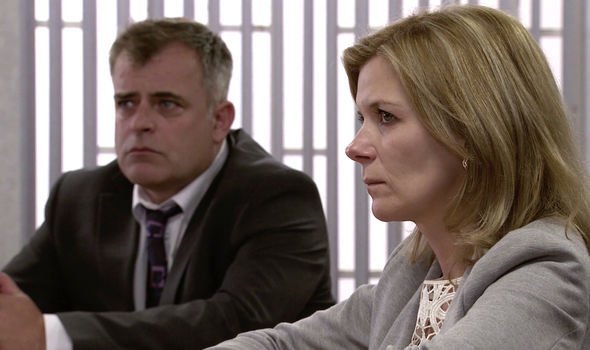 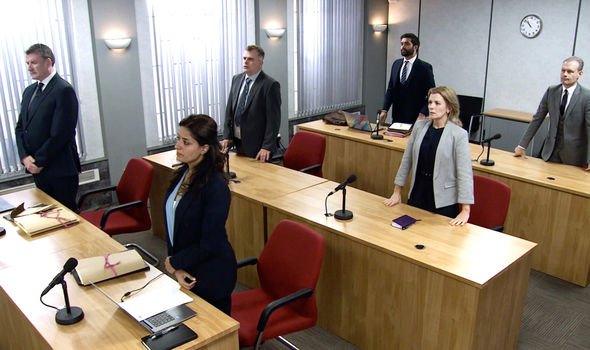 “Where did Steve manage to get a tie so quickly from #corrie #steve,” another said.

“Leanne making a massive fuss about Steve not wearing a tie in court being disrespectful while Simon is stood there without a tie feels like one of those moments that someone on the set should’ve noticed. #Corrie,” a third pointed out.”

Someone else noted: “Leanne complaining that Steve hasn’t got a tie on when neither does Simon… #corrie.”

“Simon’s not wearing a tie. What is your problem, Leanne? Stop being such a stickler #Corrie,” a fifth asked.

Another shared: “Simon’s going into court without a tie though #corrie.”

Later, Leanne pleaded for Oliver’s life as the judge heard all of the evidence in the case.

Leanne begged: “Don’t stop, please. Have you got kids, you’ll know what I’m going through.

“Could you do this? Could you sit here and say your dying kid isn’t worth saving? Everyone needs to listen to this.”

“That little boy in that hospital bed is my son, he’s not some statistic. He’s my son, the little boy that I gave birth to and who I have loved since the minute he was born,” she continued.

“You think it’s not going to happen to you, and then it does. It could happen to anyone of you.

“And when it does happen all that you want is for people to listen to you and to care and to do the best to save him because there’s nothing you can do.”