Soap fans will see an update in Peter Barlow’s (played by Chris Gascoyne) ongoing health battle on Coronation Street. After suffering with alcoholism, Peter damaged his liver to the point where he needs a transplant. According to official soap spoilers, there’s more bad news for Peter as his nephew Adam Barlow (Sam Robertson) is set to pull out as another potential donor. But, how will Carla Barlow (Alison King) react to the news?

Peter and Carla have been through an emotional journey as they wait for a suitable liver donor.

In recent scenes on the ITV soap, Peter was placed on the transplant list and went to hospital after being told he was getting a new liver.

However, at the last minute he was told the devastating news that it wasn’t suitable for him.

In upcoming scenes, Adam has a big decision to make as he considers signing up as a liver donor for his uncle Peter. 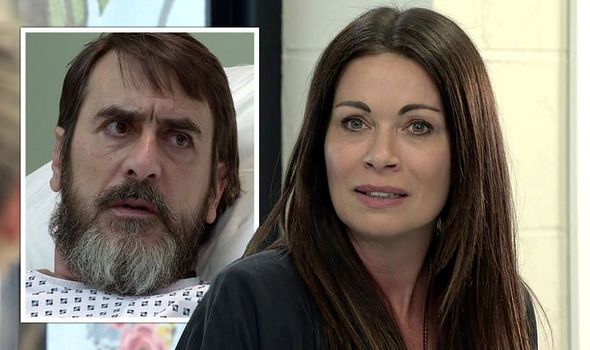 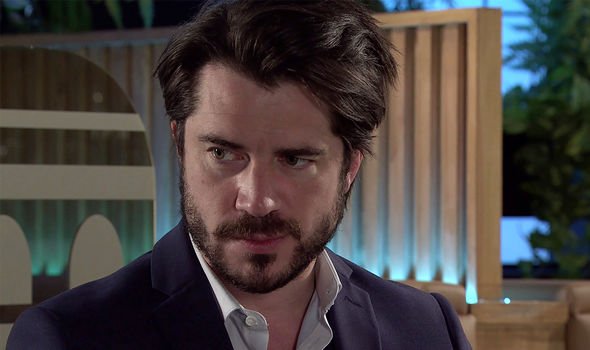 Over lunch in Speed Daal, Daniel Osbourne (Rob Mallard) persuades a reluctant Adam that they should offer themselves up as liver donors.

But, later on Sarah Barlow (Tina O’Brien) begs Adam to reconsider donating his liver, suggesting that he’s only doing it out of guilt and it’s a hell of a price to pay.

Adam’s torn over the big decision, but eventually comes to the conclusion that Sarah is right.

He tells Sarah he’s taken his name off the donor list and wonders how he’s going to break the news to Peter and Carla. 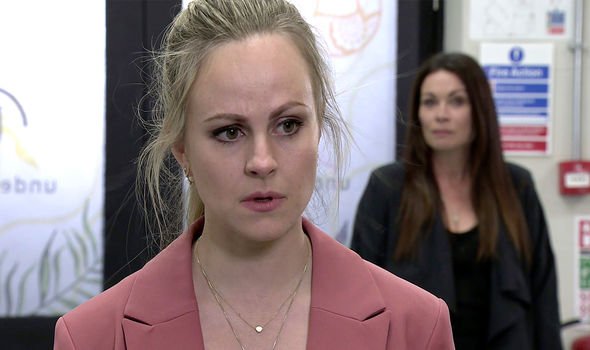 Meanwhile, Carla tries to chase Lucas Kempton (Glen Wallace) for payment only to find his phone number is no longer in use.

Carla admits to Sarah that she was right not to trust Lucas as it seems he’s gone bust.

The pair arrive at Lucas’ deserted premises and decide to jemmy the door open in the hope of reclaiming their stock.

Once they’ve managed to get the door open, Carla and Sarah load up the van with the boxes of knickers and make a swift getaway.

Back on the street, Adam breaks the news to Peter that he’s no longer willing to be a liver donor for him.

Carla’s gutted to hear that Adam’s pulled out and is further angered to discover Sarah was the one who encouraged him.

Carla’s fuming with Sarah, accusing her of talking Adam out of the transplant to get back at her for sleeping with Adam.

Sarah insists Peter’s a lost cause. But how will Carla react?

Could a distraught Carla get violent with Sarah as she reaches breaking point?

This wouldn’t be the first time Sarah’s got on Carla’s bad side as the pair have argued in the past.

Fans will have to tune in to find out what happens when Sarah and Carla clash and if Peter can find another liver donor.

Earlier this year Coronation Street boss Iain MacLeod spoke out about what fans can expect from Peter’s dramatic storyline.

In an interview, Iain said: “Peter is obviously a very self destructive character, and I think his self destruction will be taken to new depths with this chapter of his addiction story.”

Referring to the fact this will be a huge storyline for Alison King who plays Carla, he added: “There will be massive, massive scenes for Peter and Carla where actually she, because she loves him so much, has to behave in a way that she knows will make Peter hate her in the short term at the very least.

Coronation Street airs on Mondays, Wednesdays and Fridays on ITV at 7.30pm.