Earlier this week, Fiz Stape (played by Jennie McAlpine) had a conversation with brother Chesney Brown (Sam Aston) about Tyrone Dobbs (Alan Halsall) moving out of the family home. It came after the mechanic admitted to loving Alina Pop (Ruxandra Porojnicu) and Fiz realised they needed a break from one another. But, it soon became apparent to Coronation Street viewers that should the two adults remain separated, the custody of their two girls would have to be looked into and legalised, sending Fiz into a spin. Could Tyrone try and take their children away from Fiz, or would Evelyn Plummer (Maureen Lipman) intervene and sort her grandson out when she returns to Coronation Street?

“You’re still speaking to us then after the Immigration business? Look Gemma was just -” Chesney said and Fiz finished: “Sticking up for us, yes I know.”

“You look terrible Fiz. Where are the kids? Still in bed?” Her brother asked and she explained: “Holiday club, I couldn’t face having them under my feet today. Does that make me sound like a rat bag?

“Maria took them for me, I wasn’t going crawling to Tyrone; day one I’m falling apart, he would love, wouldn’t he? Sooner Evelyn gets back from her galavanting the better. Her anger, I filled her in, probably ruined her holiday.”

“He’s Tyrone’s gran, if he’s moved out, she should and all,” Chesney commented and Fiz added: “Are you kidding me? We would be lost without her. Besides, she’s more livid than I am, she wants to ‘string him up’ she said.” 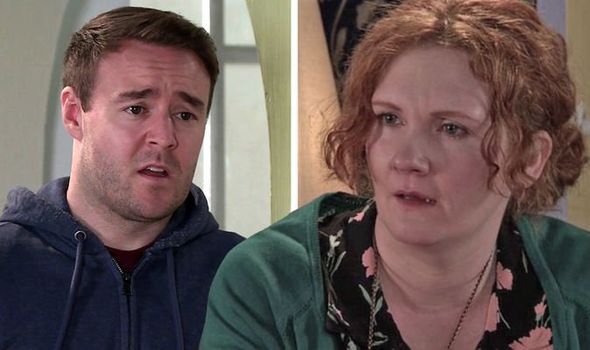 “I’m not surprised. Selfish git. Honestly, he was a living punchbag before you saved him. You’ve brought his kid up as one of your own. You don’t think he would try and take Ruby away -” The father of five suggested.

“He would have to try and kill me first,” Fiz remarked.  “Seriously Ches. If he ever tried to split up girls up… the looks on their little faces when we told them mummy and daddy weren’t going to be living together anymore.”

“I’m done with him, I mean it. Don’t expect me to act all pally if you get back together,” Chesney said and his sister replied: “We won’t. He’s in love with her.

“He didn’t leave because of Alina, he left because of us, because we’re dead.”

Express.co.uk spoke to Jennie, who plays Fiz about her current storyline and what her take was on her character’s love life. 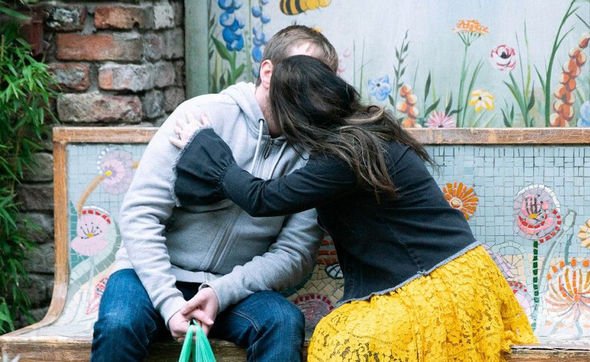 When asked if she wanted them to stay together, the actress answered: “Well…yes, I do. I love being the in that house and with Alan, and I love working with Alan – and I do really love shouting at Alan!

“Quite a lot of scenes we’ve got coming up are that [Fiz shouting at Tyrone].

“But then there’s also quite a lot of sort of scenes where even – they still like each other Fiz and Tyrone, they’re fond of each other, Fiz hasn’t changed, but even when she finds this out, she still loves him really as much as she ever did.

“And that’s the trouble, and he doesn’t [love Fiz] or says he doesn’t,” she explained. “But he’s still fond of her. 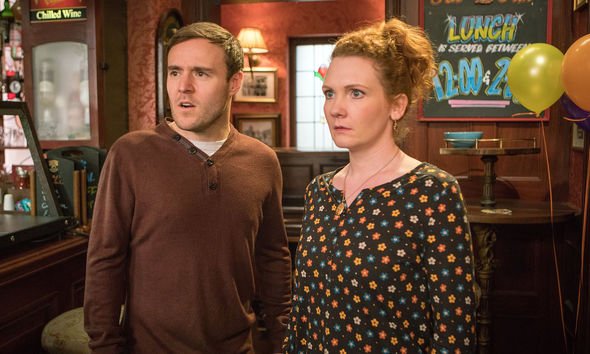 “Do I want them to be together? Yes. Where would [Fiz] live?”

As for how Jennie feels about the storyline arc: “Gutted, I think, initially – this is a big deal to potentially not have scenes with Alan again, or nice scenes with him is sad.

“But I’m also really touched and honoured that the writers gave us [the storyline]. ‘

“I don’t know if it’s the longest, but it’s certainly the longest scene I’ve ever filmed. It’s 18 and a half pages long, now normally the scenes we do are about five-page.

“I mean, how many pages are there in the scripts about 60, so it’s about a fifth of the episodes we’re doing this one scene.

“And it’s just us two and then Chesney comes in at the end, upstages both of us, obviously. But it’s a real privilege to have been given the scenes to do,” she added.

Next week, Tyrone and Fiz will go for a counselling session to try and fix their relationship.

But will they be able to move past Tyrone’s feelings for Alina?

Coronation Street airs Monday, Wednesday and Friday at 7.30pm and 8.30pm on ITV.