Vicky (played by Kerri Quinn) has become more of a prevalent figure on Coronation Street after arriving on the cobbles last year as the feisty mother of reformed troublemaker Tyler Jefferies (Will Barnett). Since the summer, she has became embroiled with Weatherfield love rat Robert Preston (Tristan Gemmill), later falling pregnant with his child as the chef balanced a double-life with the Irish woman. Tensions have burned to a head in recent weeks on the ITV soap as his secrets unravelled, but tonight’s episodes left questions as to whether he could have resorted to murder to get rid of his problems. But could this have been expectant mother’s plan all along to fake her own demise?

The drama all kicked off this evening when Robert’s heavily pregnant mistress turned up at the Bistro just when the chef and his fiancé Michelle Connor (Kym) Marsh were telling their family they were getting hitched the next day.

Full of rage towards her ex-lover, Vicky wanted to stir the pot and did so when the Connor clan began asking questions about the pair’s relationship given the wedding-crasher’s condition.

As the love rat tried to turf her out, the expectant mother cried out as he grabbed her arm, setting the seeds the groomsman was capable of hurting her.

With their argument spiralling into the street, the altercation was in the public arena, proving yet more witnesses to the restaurant owner’s aggression. 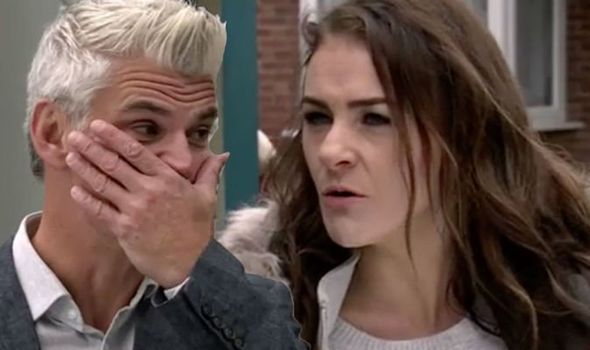 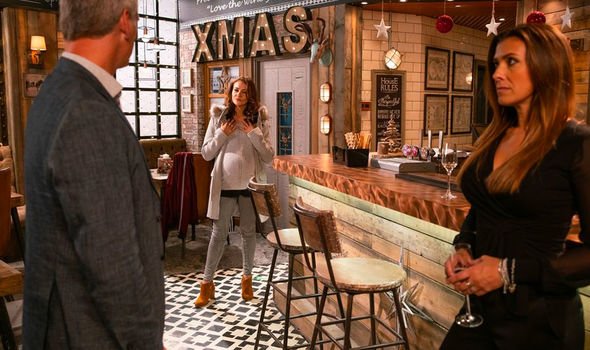 Behind closed doors however, things escalated even further when Robert paid his mistress a visit later on in the episodes.

Vicky’s persona had changed over the course of tonight’s double instalment, so by the time her baby daddy came knocking, she was in an erratic state.

Screaming at the top of her lungs, it seemed her ex-lover’s betrayal had finally made the expectant mother lose the plot.

However, could the sudden change in character be to set up her own demise, with Vicky making an audio recording of the altercation to hand over to the place once she’d vanished? 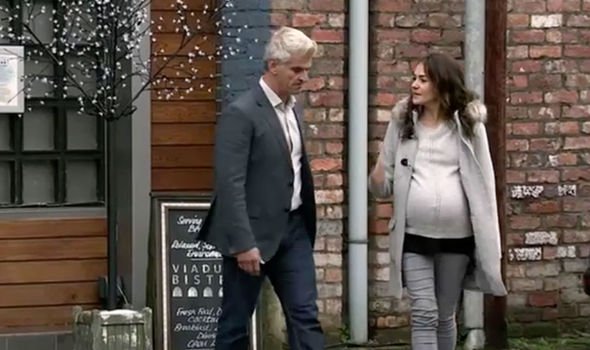 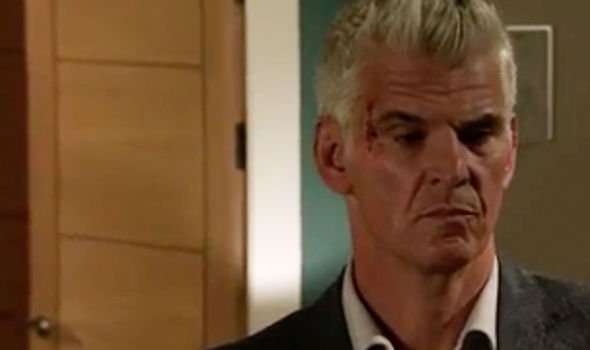 Just stop before someone gets hurt

As the situation became heated, plates were thrown and crashed were heard with a neighbour going to break up the argument.

Just as they were about to knock the door, everything fell silent just after Robert exclaimed: “Just stop before someone gets hurt.”

With all signs pointing towards a deadly confrontation, the end of tonight’s double-bill saw the chef return home with blood on his head.

Michelle was quick to quiz her husband-to-be about his injury, only for him to brush it off as he told her his pregnant mistress wouldn’t be bothering them again.

Upcoming scenes will see the pair walk up the altar, with Tyler casting a grey shadow over proceedings as he tries to get to the bottom of his mother’s disappearing act.

With the evidence piling up against Robert, all eyes will be on him as the suspect in a murder mystery case.

This could have been the conclusion Vicky wanted, as before her exit, there seemed to be a glimmer of pantomime about her altercations with the father of her child.

Will she return to Weatherfield to free her ex-lover from a stint behind bars, or will she let him wallow in despair as she flees the country?

Remember, Robert was desperate for children of his own, so would he really have killed both mother and child to live his happily-ever-after with Michelle?

The chef could have paid her off, not realising the mountain of evidence his vengeful mistress had been planting throughout the day.

Speaking of her character’s reaction to Robert’s betrayal, actress Kerri said: “ think Robert or anyone would regret betraying Vicky.”

Therefore, does this add further fuel to the fire the feisty mother has faked her own death?