Coronation Street: Sarah cries as she sits at Adam's bedside

Soaps always pull out the stops when it comes to its Christmas specials – and this year is no different. Coronation Street fans will have plenty to look forward to from Weatherfield over the festive season. As always, the regular Corrie TV schedule will be changing up to suit Christmas – Express.co.uk looks at when the ITV soap will be on screens over the next couple of weeks and the big storylines.

When is Coronation Street on over Christmas?

Corrie will be on a different schedule this Christmas with special episodes airing at unusual times to normal.

This will be the same for all the soaps which will be changing up their broadcasting patterns.

There’s going to be lots to get through with the plot twists coming thick and fast on the cobbles.

Although soaps are known to have some more depressing storylines around Christmas, this year Corrie is giving viewers something more heart-warming to watch. 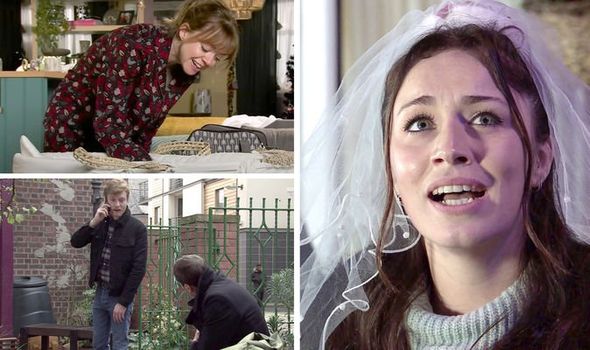 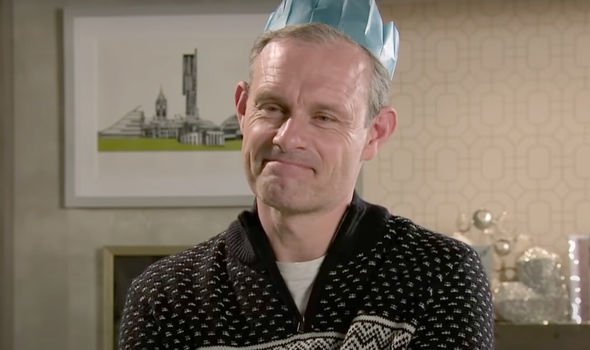 Couple David (played by Jack P. Shepherd) and Shona Platt (Julia Goulding) are going to be recreating their wedding day after enduring so much recently on Christmas Day with an episode airing at 7pm.

Actress Goulding teased how the couple will rediscover their love for one another.

She told press including Express.co.uk: “Everything that they’ve actually come through already and to come through her being a completely different person but with the essence of her still there I can’t stress that enough.

“And so, I think, no matter what they come up against they always sort of find each other again. It’s been nice falling back in love, as it were.” 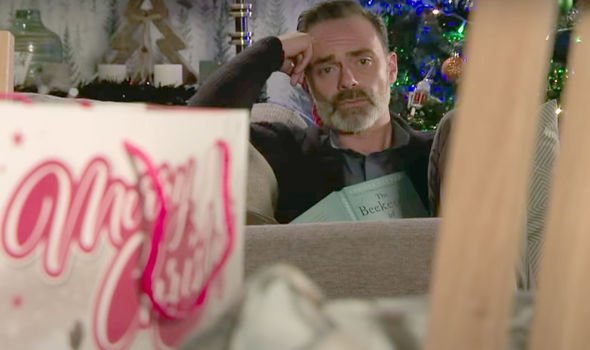 But it won’t be all lightness on the street with arch villain Gary Windass (Mikey North) finding his past misdeeds continuing to haunt him.

He will face questions over the disappearance of loan shark Rick Neelan (Greg Wood) with Sarah Platt (Tina O’Brien) growing increasingly concerned about the rumours of Gary’s involvement in the murder after a body is found in the woods.

However, Gary might just be able to sweet talk his way out of trouble yet again as suspicion grows.

Toyah Battersby (Georgia Taylor) and Imran Habeeb (Charlie de Melo) are in for some happy news after they receive a call asking them to foster a baby. 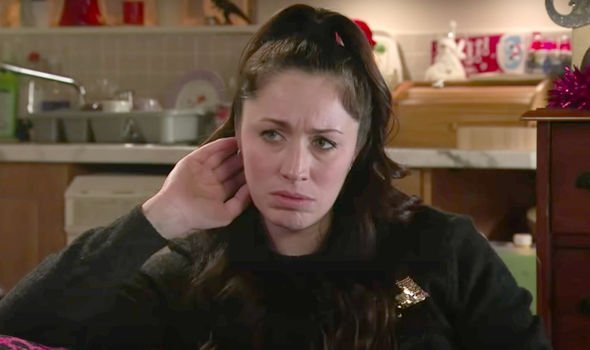 While Toyah is finally getting the baby news she’s longed for, it’s a different story for her sister Leanne Battersby (Jane Danson) who will be struggling to cope following Oliver’s sad death.

Leanne is going to be hitting out at Sam Blakeman (Jude Riordan) before making her excuses and getting away to hide her grief.

To make matters worse, Leanne makes the decision to support Nick Tilsey (Ben Price) but puts him first, telling him he needs to get to know his son Sam.

She tells Nick their relationship is fine while hiding her own heartbreak over her son.

Paul Foreman (Peter Ash) will be feeling nervous after breaking protocol and helping a caller in person.

To make matters worse, the caller gets back in touch to tell Paul about further abuse with the helpline worker trying to urge him to report it to the police. From the looks of it, he’s in way over his head with little room out.

If this wasn’t bad enough, Todd Grimshaw (Gareth Pierce) is continuing his schemes to break up Paul and Billy Mayhew (Daniel Brocklebank).

Billy thinks he’s on to Todd’s machinations but whether Paul will see through his plotting is another matter.

These storylines will be playing over the next couple of weeks.

Coronation Street is then expected to be resuming its usual slots on ITV.