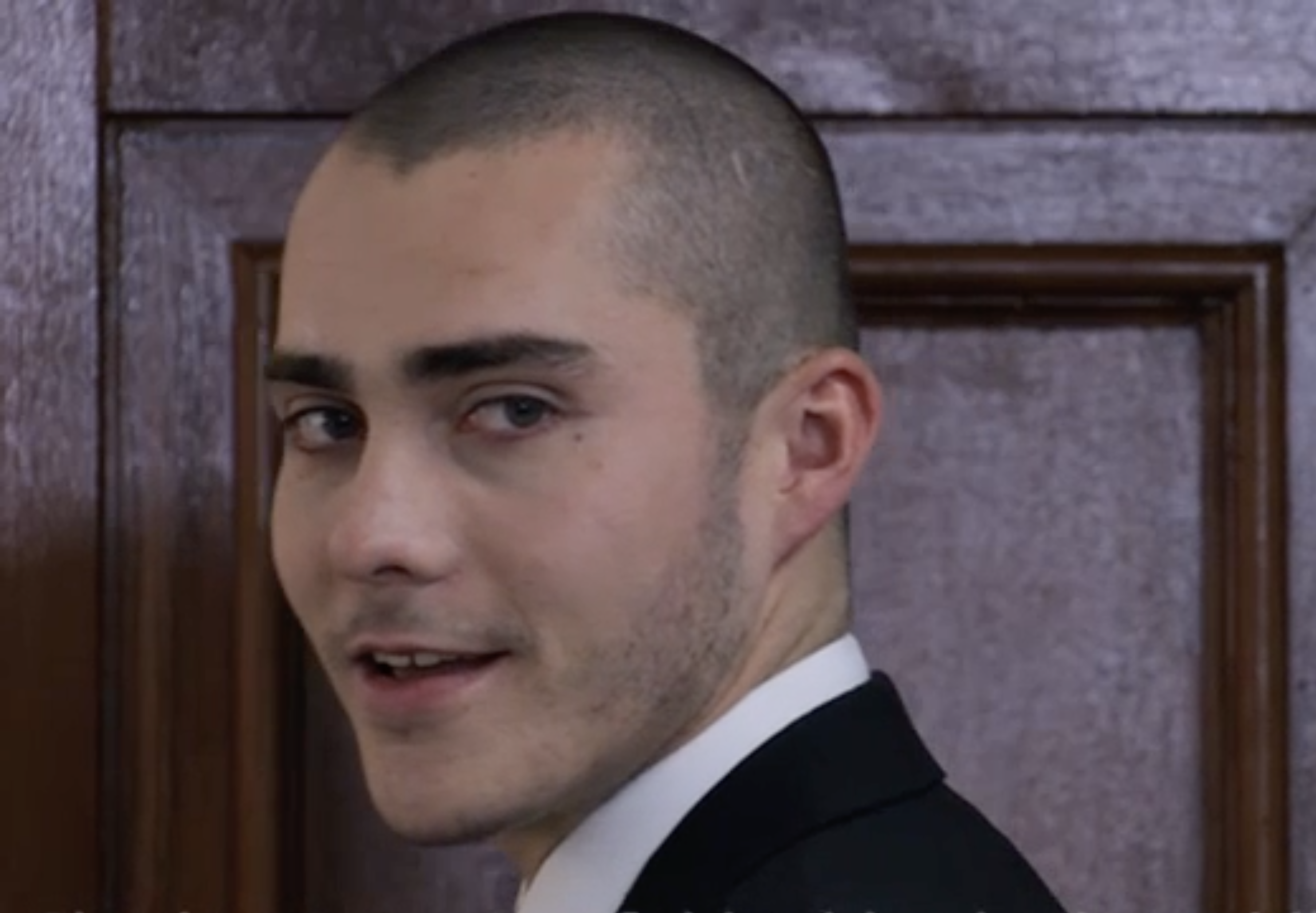 A whole country was left in outrage when bigoted murderer Corey Brent was found not guilty of the violent killing of Seb Franklin.

Many viewers have perceived the outcome as a bad outcome but Maximus Evans, who plays him, has revealed that the comeuppance will come for Corey, but he feels it was important to explore the outcome and devastation in the wake of unfair lack of justice.

The actor told Metro.co.uk: ‘I think it was the right choice for the writers make as it adds that extra layers for the character developments for Corey and for characters like Kelly.

The reaction has been interesting, I tend not to look at social media after big episodes. The majority were obviously quite annoyed that he got away with it at that point.,

‘But there has been some acknowledgement of it being the right decision. On the streets of Manchester, I was expecting some backlash but everyone has nothing but nice things to say!’

And Max admits that he is eager as everyone for justice to be done – and it’s coming!

He said: ‘Because we have seen it now and how brutal it was, I had to stop myself saying to Harry that it was crazy as they took it so far.

‘I want to see the guy behind bars as much as the next guy. He definitely deserves it without a doubt. It’s a case of if and when it happens.’

Obviously, playing a character like Corey isn’t without its issues so Max told us it’s important to be able to switch out of menacing mode.

He explained: ‘It’s just about staying relaxed. They are heavy scenes but having a good time with actors and crew – we’re so lucky and fortunate to be in this position so I had to keep reminding myself of that.

‘In the moment, it’s intense but I am not a method actor – I like to be fully involved in the overall process and you can’t do that without fun. It takes you a few moments to get out of the moment as my face is Corey’s, Mollie mentioned that it takes a little switch to look at me as Corey and then me. But yeah, we get back to having a good laugh.

‘I like to leave it all at work. I learn my lines but I do like to have the separation. I love the time with friends and family – it is work, you know, like every other job.

‘At the end of the day you just want to go to the pub and have a pint with a friend; those moments allow you to switch off.’

Sounds like Corey won’t be getting any pints where he’s going.