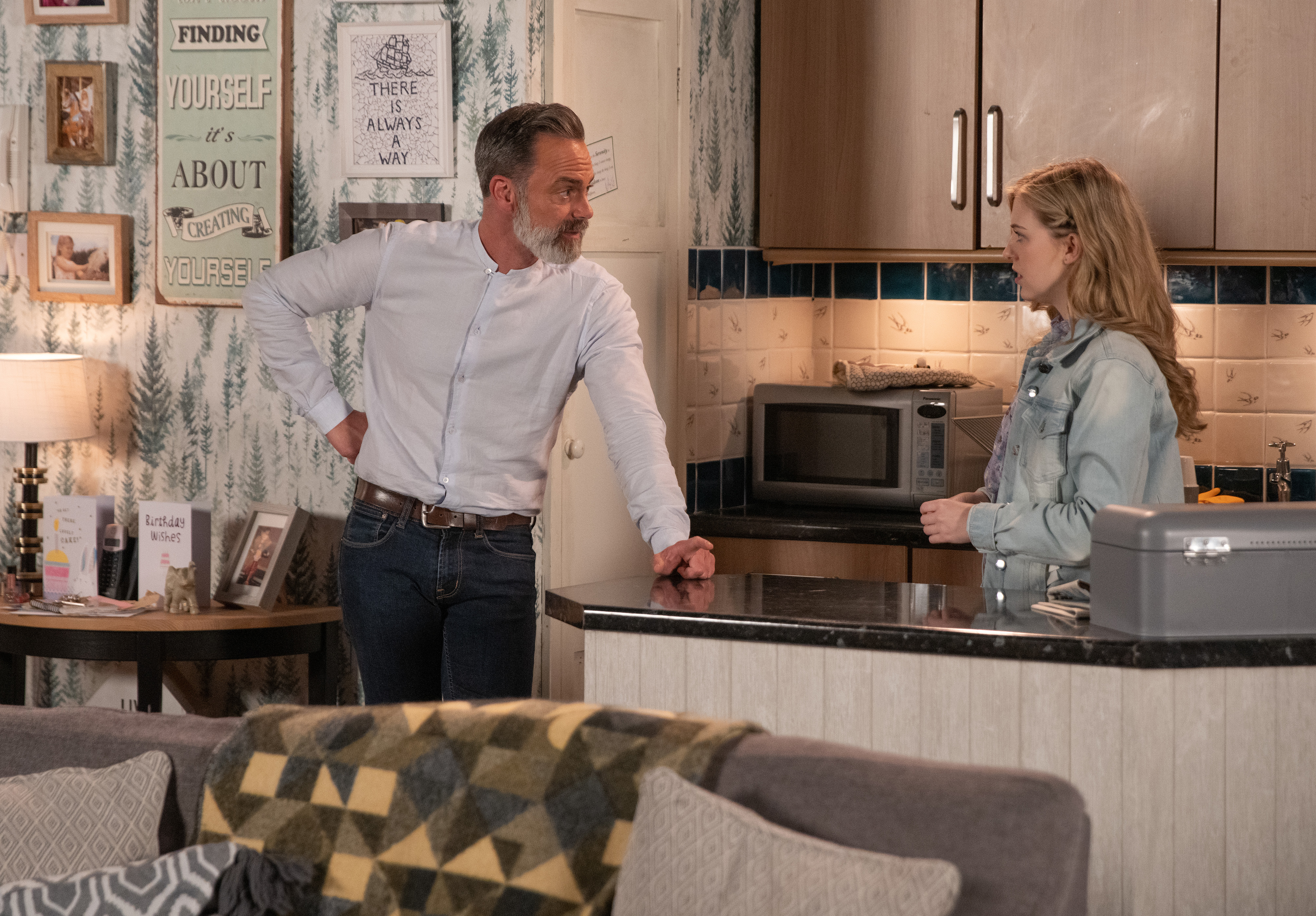 That’s where she met Aaron (James Craven) and now, the pair have gotten closer.

While Aaron brings Summer a lot of happiness, she is still hiding the severity of her body image issues and has fallen into a dangerous habit with her diabetes.

Summer has started cheating her blood tests and by failing to take her insulin, she is sending her sugar levels all over the place.

It’s a secret Billy is yet to discover and as Daniel Brocklebank explains, he really has no idea of how badly Summer is struggling.

‘When you take on a child, you know that at some point they’re going to be a teenager and teenagers are notoriously difficult, I was one once myself. I think he’s prepared but obviously they’ve had extra stuff to deal with that most people with teenagers don’t. It’s not just about the partying and the going out, Summer isn’t really that kind of kid, so he’s never really had to deal with that, mainly it’s been University worries and the diabetes. However, he is unaware to the extent of which she is not taking care of himself.’

‘He’s aware she’s struggled with the diabetes diagnosis, then subsequently the diabulimia and that she cheated in one of her exams. But as is with most teenagers, she probably hasn’t disclosed everything to him.’

During the meal, Billy gives Summer a very special gift – a letter from her father, Drew, who wrote it specifically for Summer to open on her 18th.

As Daniel reveals, his character believes the moment will be a moving one – but certainly is not prepared for how upset Summer gets:

‘He doesn’t really think about it too deeply and he feels guilty about that afterwards. I think he’s more excited, thinking that it’s going to be a beautiful moment and a lovely gesture. He’s not quite prepared for how upset she becomes because of it; he could maybe have thought that through a bit better, but the thought was there!’.

Pondering over Billy and Summer’s future together as she grows into a young adult, Dan laughs at the prospect of Billy having to give her that terribly cringy parent/child conversation…The Talk.

‘You’ve got to be mentally prepared for the fact that obviously she’s growing up and there are going to be changes. I’d love to see Billy and her having the chat because I think there could be some real comedy in Billy squirming his way around talking about the birds and the bees.

‘All in all, she’s a pretty good kid, I think he actually just doesn’t know half the stuff she’s contending with but that’s got to come to a head at some point.’