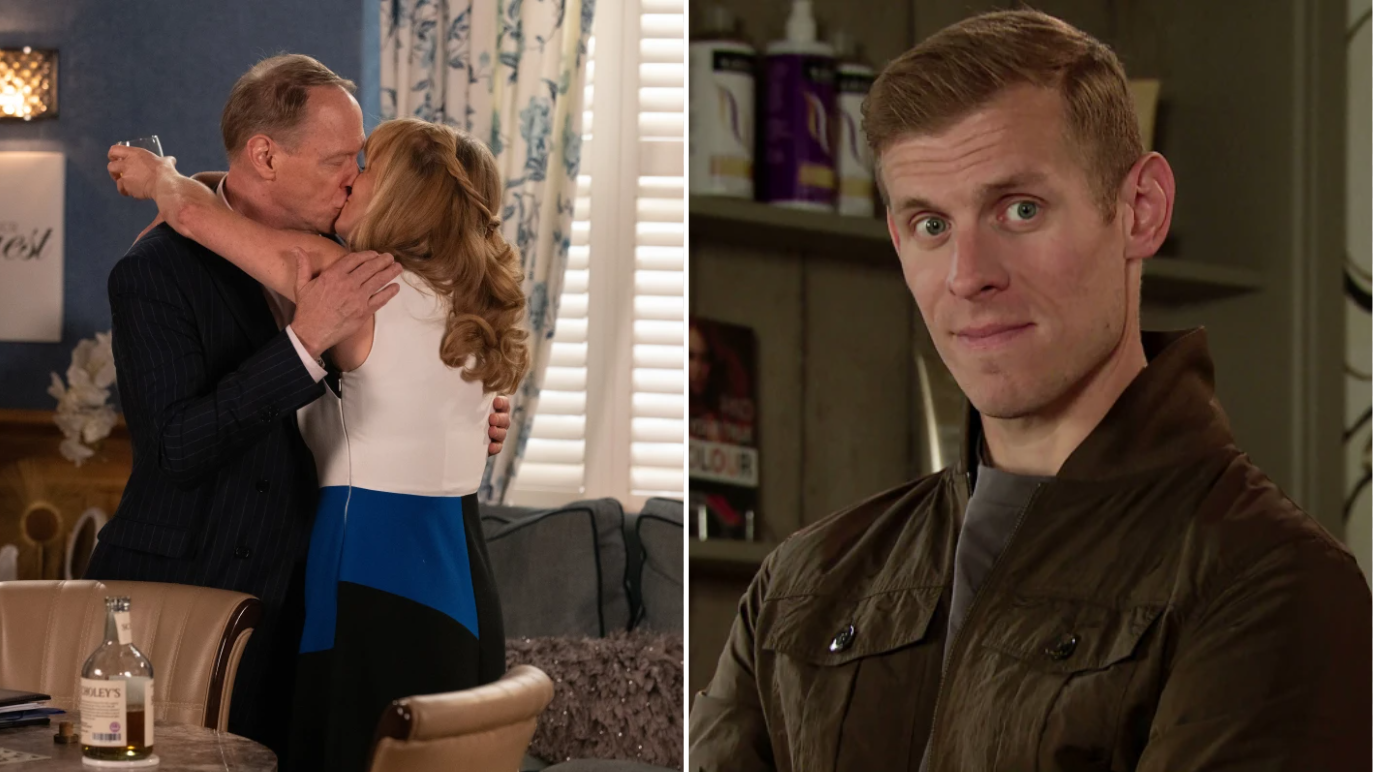 When Leo Thompkins (Joe Frost) unexpectedly and abruptly leaves Coronation Street, Jenny Bradley (Sally Ann Matthews) is left to draw only one conclusion – he’s gone to Canada without her after discovering that she snogged Stephen Reid (Todd Boyce).

Jenny is left feeling that the split was almost inevitable, as Sally Ann Matthews explains. ‘He’s made his decision. He’s gone. He obviously didn’t forgive you for snogging Stephen, so get over it. Even if you found him and tracked him down in Canada he’s not gonna come back. So you might as well just get over it.’

In the aftermath of this, a rejected Jenny is feeling vulnerable, having always worried that at some point Leo would realise that the age gap between them was too much for him.

The ‘trouble’ she’s referring to could well mean throwing herself straight into a relationship with Stephen on the rebound from Leo.

‘Stephen is certainly showing Jenny a lot of attention. And that is making her feel good,’ Sally Ann explains. ‘It’s similar to Leo after Johnny died. Leo was there a lot and just kept coming back and being a constant and I think that’s the biggest thing for Jenny.’

Jenny realises that it took a long time for her to let Leo into her life, and perhaps doing that again would be a mistake. ‘I should have just gone for it,’ Sally Ann says.

‘So maybe she’ll think the same thing about Stephen, who is is being there and being kind and attentive and all of those things. She might just go “I’m not going to do what I did last time. I might just dive with my size nines!” Who knows?’

And who knows what kind of mistake that might be. Stephen Reid does not currently seem like a man who can be trusted…