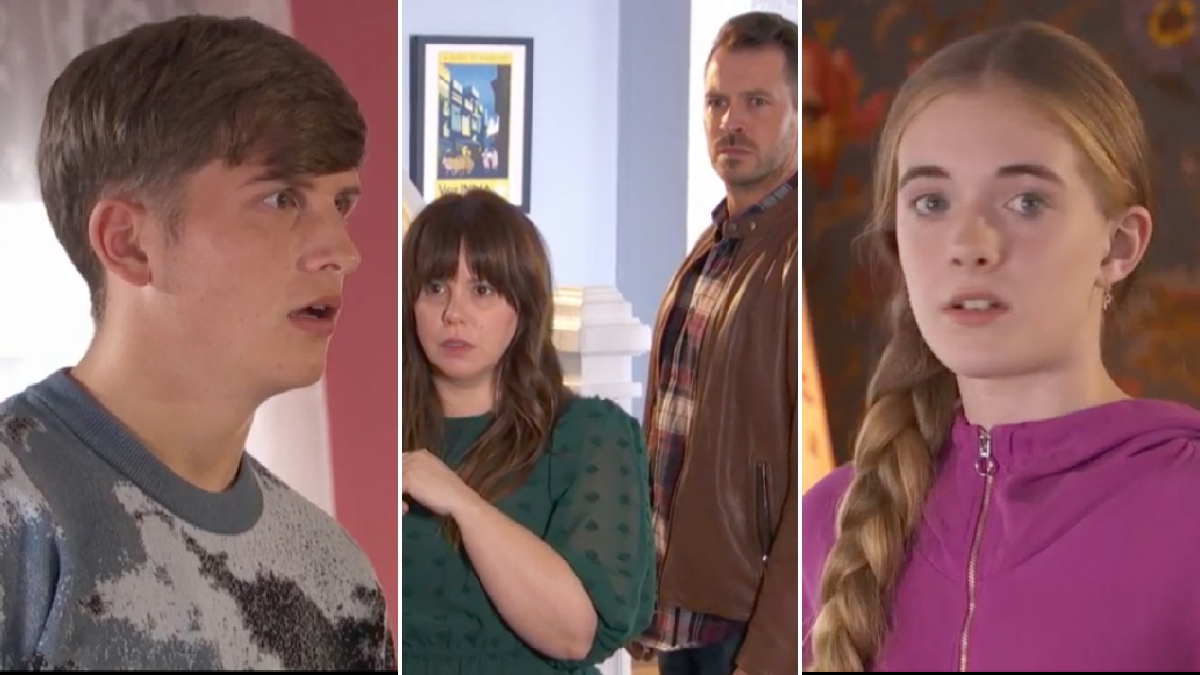 Charlie Dean (Charlie Behan) was desperate to make Darren Osborne (Ashley Taylor Dawson) stay in Hollyoaks, but little did he know what girlfriend Ella Richardson (Erin Palmer) had in store, as she announced that she’s pregnant!

Darren, as viewers will know, returned home at the beginning of the week, following his kidnapping ordeal at the hands of newcomers Maya (Ky Discala) and Ethan (Matthew James-Bailey).

Nancy (Jessica Fox) struggled to believe her beau’s tale of kidnap, but the bigger shock came moments later, when he revealed that he was going to have to leave her again – this time, for good.

Ethan, you see, had told Darren that Maya was out to kill him, and therefore he’d have to leave not only the village, but also all those he holds dear. Darren, however, decided that he would spend one last Christmas with his family before departing.

Charlie, meanwhile, struggled to forgive Darren for abandoning them.

The Christmas celebrations were in full flow during Wednesday’s (December 22) first-look edition of the Channel 4 serial drama, but Darren struggled to hold it together, aware that he’d soon be leaving behind everything – and everyone – he cherished.

As the instalment drew to a conclusion, he realised just how much danger his family were in from scheming Maya, and thus he resolved to leave as soon as possible.

Nancy scolded him, pleading with him to stay.

Charlie, however, overheard the argument, and told Ella they needed to do something in order to make Darren stay.

In the heat of the moment, Ella blurted out that she and Charlie are having a baby, a revelation which left both Nancy and Darren stunned to silence!