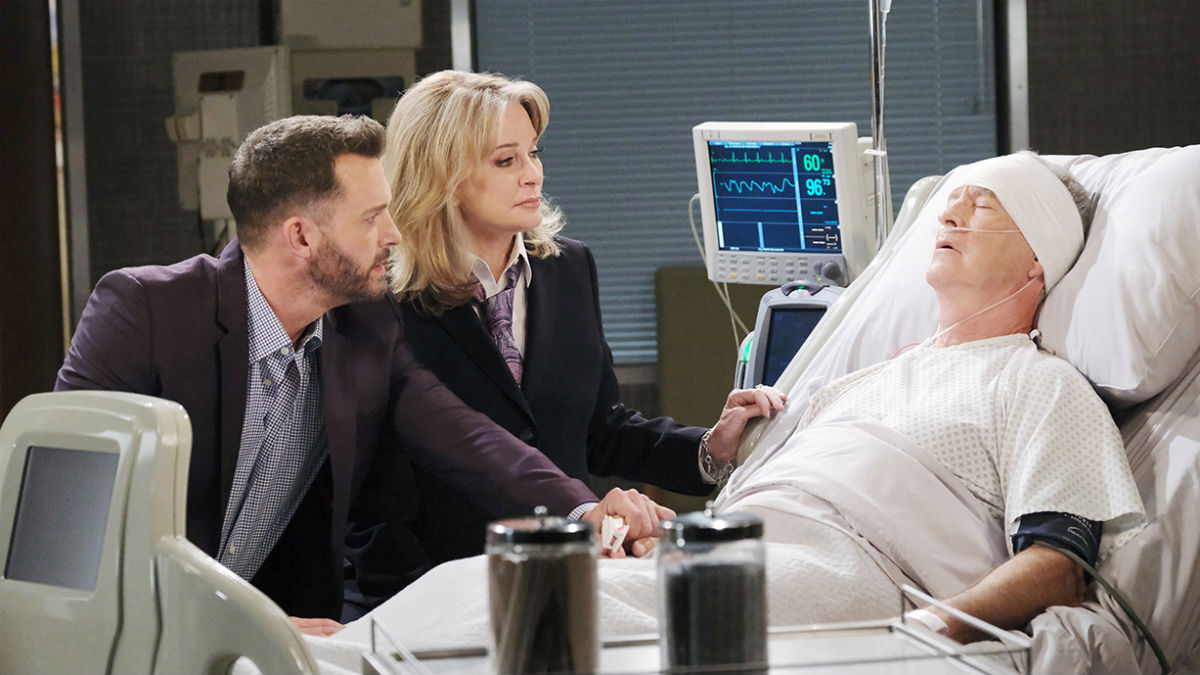 Days of our Lives has halted production on the NBC soap opera after someone involved with the show tested positive for COVID-19.

The sudden shutdown has fans worried new episodes of the daytime drama may be in jeopardy. After all, November sweeps are just around the corner, and head writer Ron Carlivati has promised fans some juicy stories are unfolding soon.

When did Days shut down production?

According to Deadline, a production team member tested positive for COVID-19. The person has been placed in isolation, and contact tracing has been completed. Those who are affected have been placed in quarantine.

Cast and crew members are tested regularly as part of the new and strict restrictions involved with ensuring safety on the NBC set. Shutting down production to avoid further spreading the coronavirus is also part of the new protocol.

The soap opera has stopped filming. Based on the two-week shutdown, the cast and crew should be back at work on Monday, October 26, or Tuesday, October 27. That is unless any other COVID-19 cases or complications arise.

Will there be a gap in new episodes of Days of our Lives?

Soap opera fans know that Days of our Lives was the only daytime drama not affected by the production shut down that began last March. The NBC show had enough episodes in the can to keep the show on the air through Halloween thanks to a rigorous and advanced shooting schedule.

Just some of the wonderful actors that help bring the drama to Salem. Got any questions for these #DAYS showstoppers? Leave them below. ⬇️

Just some of the wonderful actors that help bring the drama to Salem. Got any questions for these #DAYS showstoppers? Leave them below. ⬇️

Since the soap opera was so far ahead, Days didn’t resume production until the first week in September. Not long after, it was revealed there would be some cast changes, featuring a temporary recast and a couple of highly-anticipated returns.

Fans shouldn’t worry that the temporary production shutdown will impact new episodes. Deadline further reports the show does not anticipate any gaps in new episodes hitting the airwaves.

If the soap opera films five episodes a week, which is the typical format, Days should have enough episodes through at least the end of November, and maybe even the beginning of December.

The NBC daytime drama has gone through a slew of changes this year that don’t have anything to do with the coronavirus pandemic. At the top of the list are cast shakeups, including veteran cast member Kristian Alfonso (Hope) deciding amid the first shutdown to exit the show. Hope’s last air date is this week.

Days of our Lives is the latest television show to be shut down temporarily due to a positive COVID-19 test. Several shows that film in Vancouver, such as Riverdale, were recently halted and just got back to filming.

Days of our Lives airs weekdays on NBC.

Celebrities
Princess Margaret gave up love for the Crown on this day, 65 years ago. Queen Elizabeth’s sister announced on October...
Lifestyle
When my partner announced his ex and three youngest children were moving in with him that evening, conventional thinking said...
TV & Movies
TOBEY Maguire's estranged wife Jennifer Meyer has filed for divorce four years after the former pair announced they were splitting...
World News
A golden retriever with an adorable attachment to his stuffed hedgehog toy has a "stressful" time whenever it needs to...
Beauty
Have you found your sole mate yet? The right running shoes can make you feel strong, fast and completely in...
Fashion
If your choice of pajamas isn’t keeping you warm throughout the night, it might be time for a thermal set....
Recent Posts
We and our partners use cookies on this site to improve our service, perform analytics, personalize advertising, measure advertising performance, and remember website preferences.Ok