Debbie McGee won Strictly Come Dancing fans’ hearts back in 2017. The former magician’s assistant got all the way to the final with her professional partner Giovanni Pernice and the pair performed some truly stunning routines together. However, two years later, Paul Daniels’ widow has decided to auction off her dancing shoes from the BBC show for a truly special cause.

Debbie is taking part in a very special edition of Bargain Hunt in aid of Children In Need.

She has paired up with Richard Cadell, with his pals Sooty and Sweep, to try and get some of the most valuable objects to take to auction.

The BBC Radio Berkshire has already filmed her haul, but the auction takes place tomorrow.

Debbie exclusively told Express.co.uk about her time on the show, saying: “It was great fun. On so many different levels because I was with Richard and Sooty and Sweep and Joe Pasquale was on the other team and Paul Zerdin. Joe is just so funny. We had a great expert with us and just going around and looking at all the things… it was like having a day out with your buddies but with someone else’s money to spend!” 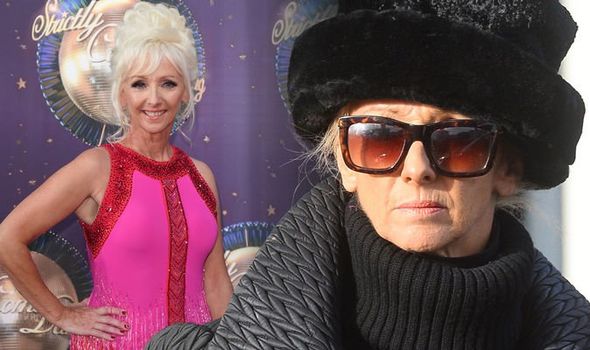 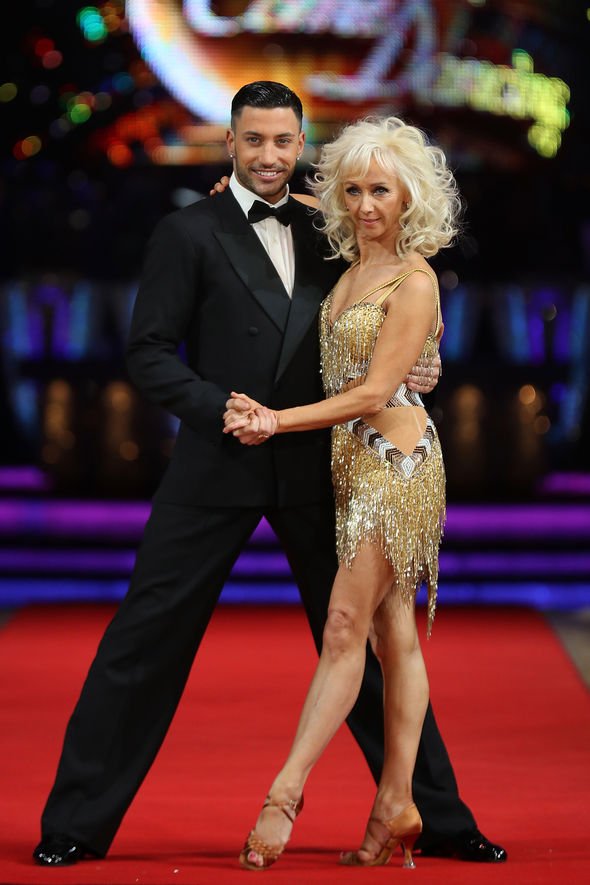 It remains to be seen which team will be crowned the winners, but ultimately the real victor will be Children In Need. Last year, Bargain Hunt raised more than £12,000 for the charity and no doubt the team are hoping to match that again this year.

When asked if she thinks she will win, Debbie laughed: “Yeah, I hope so! We’ll see. I’m really excited about the auction. I haven’t been to many auctions. When you’ve got some things and it’s for Children In Need, it’s more important to make more money. It’s not just making it for yourself, you want to make as much as possible for Children In Need.”

And if it wasn’t enough, Debbie revealed she will be selling off her shoes that took her all the way to the final of Strictly Come Dancing 2017.

“For the auction I donated a pair of shoes that I actually wore on Strictly,” the trained dancer continued. “We’ve also got two tickets to go and watch Strictly Live along with my shoes.

“I’m hoping with all the following Strictly has got, someone will have some pocket money to pay a nice few pennies as it all goes to Children In Need.” 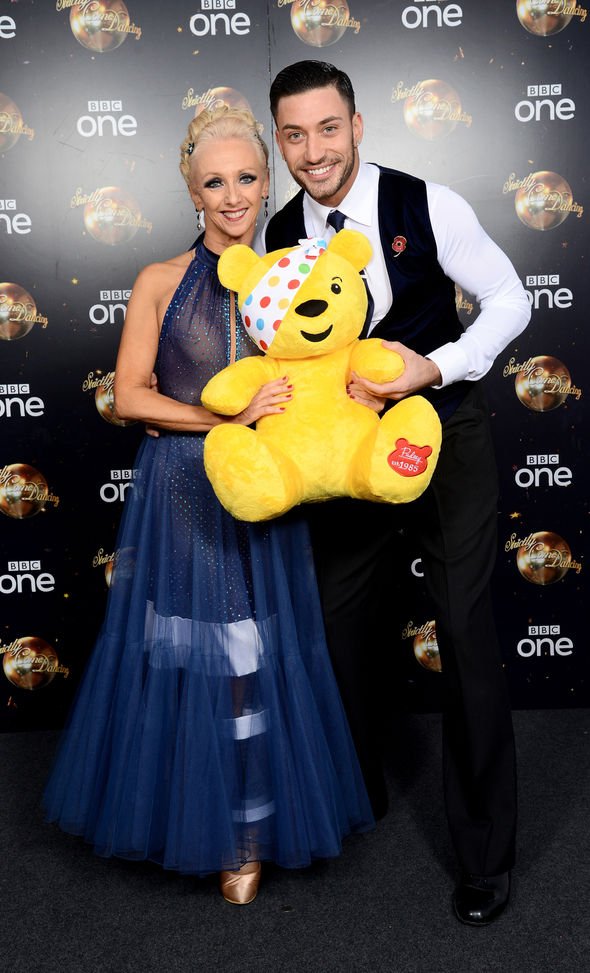 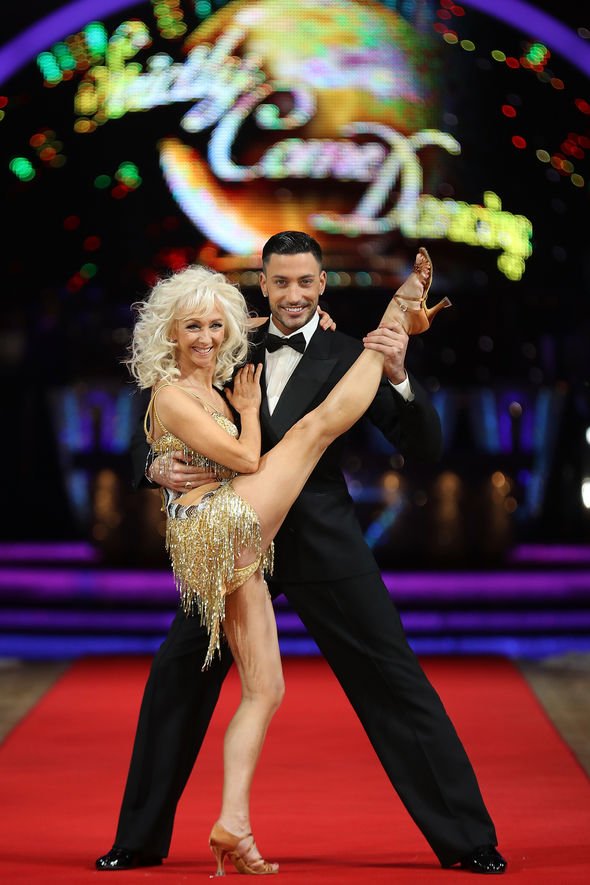 Debbie has seen the life-changing help Children In Need can provide for the recipients of any funds raised. Most recently, she went along to Evelina London Children’s Hospital which is part of Guy’s and St Thomas’.

The visit had a profound impact on her and she was keen to share her experience there and how much Children In Need is benefitting the young children who stay in the specialist hospital.

Debbie recalled: “I went along with Richard and Sooty to Evelina Hospital which is a part of St Thomas’s where Children In Need already fund a project there which is just fantastic called Rays of Sunshine where people go in to hospitals with fun days, with games and face painting or a children’s entertainer. There’s things going on where there’s very sick children and the thing that absolutely amazed me because we were there all afternoon, was the smiles on these very very ill children but also the happiness it brought the families.

“Their mums and dads who have had 24 hour stress and worry getting to and from the hospital but just for a couple of hours while the Rays of Sunshine people were there – who are all volunteers funded by Children In Need – they all could switch off for a few hours and watch their sick children being normal for a while and playing with other children.

“It really struck me that all this money people give to Children In Need, it’s not just the children who benefit.”

Speaking about the emotion of the visit, Debbie recalled one patient who’s story really stuck with her.

She remembered: “You had to keep holding on to yourself while talking to these children who are so positive with really horrendous things wrong with them.

“One little boy which you will see on Children in Need has got four incurable things wrong with him he’s had since birth and he’s just the most charming lighthearted child who just gets on with it, you know, as most of them do. They suffer and they never moan. It was very heart-wrenching I have to say.”

She added: “To do anything for Children In Need, you know, [it’s great]. When they asked me, I loved the programme so they didn’t have to ask me twice.”

Tommy Nagra, the Director of Content at BBC Children in Need, said of the special: “Following the success of last year’s BBC Children in Need Bargain Hunt special we are delighted to be working with the team again, and are hugely grateful to everyone involved for showing their support.

“Money raised really will go on to positively impact young lives right here in the UK. Once again I would like to say a huge thank you to all taking part.”

Debbie will head to auction tomorrow with her Bargain Hunt colleagues to see who can make the most money for charity.

Those who wish to be involved in the auction can do so by registering on The Saleroom. The auction will take place at 10am tomorrow.

The Bargain Hunt Special will air on 15 November at 12.15pm on BBC One. Children In Need’s Appeal airs later that day.

Related posts:
Celebrities
6LACK has a new song out! The 27-year-old rapper just dropped his new song “ATL Freestyle.” PHOTOS: Check out the...
Lifestyle
Lady Gaga's Chromatica is finally here! The 34-year-old singer released her highly anticipated new album on Friday. While fans buzzed about a number of...
TV & Movies
FOR 60,000 couples across the UK, lockdown has meant that they have had to cancel their wedding plans. But for...
World News
The NYPD is working with the Manhattan DA’s office to determine whether any charges could be brought against the white...
Beauty
Imagine your perfect self-care night. Maybe it consists of salty orange-colored snacks, face masks, Netflix, and at-home mani/pedis. We all...
Fashion
STACEY Solomon has shown fans how she has stored all her knickers and bras in old baby wipe tubs -...
Recent Posts
We and our partners use cookies on this site to improve our service, perform analytics, personalize advertising, measure advertising performance, and remember website preferences.Ok