When you make a period piece about one magical summer spent in Italy and coming of age as a boy experiencing a life-altering relationship and you name the lead character Luca, comparisons to director Luca Guadagnino’s Call Me by Your Name were inevitable. And on the surface, Disney and Pixar’s Luca has all of those things in common.

What was perhaps less expected was the memes likening Luca to a mashup of Call Me by Your Name and its Oscars peer, The Shape of Water, considering the young boys in Luca are actually sea monsters.

“We were a little bit surprised. As much as Luca Guadagnino is quite awesome — I love his movies,” director Enrico Casarosa tells ET with a laugh. “We always looked at this very much in that time pre-boyfriends and girlfriends and pre-romance.”

Casarosa’s Luca (voiced by Jacob Tremblay) is an endlessly curious sea monster fascinated by landlubber life. When he befriends another sea monster, Alberto (Jack Dylan Grazer), the pair disguise themselves as humans and infiltrate the Italian seaside town of Portorosso. Along with a local girl named Giulia (newcomer Emma Berman), the friends experience a life-changing summer of gelato, vespa rides and a few sea monster hijinks too.

“And we had to actually defend that, because in the middle of this journey, people were like, ‘Well, just let it be a true triangle.’ But we just wanted it to be about friendship,” Casarosa says. “I feel like we have wonderful movies coming up that deal a little bit more with after puberty, where there is the puppy love and the romantic side. It wasn’t something that was part of the DNA of this. I wanted it really to be a little more in that earlier stage of trying to find yourself. But I do appreciate that people can read into any kind of oddness and outsiderness of these characters, that I hope there’s something universal for everyone to take from it.”

Luca is streaming exclusively on Disney+ on June 18. On Thursday, the studio released the movie’s official trailer. Watch above. 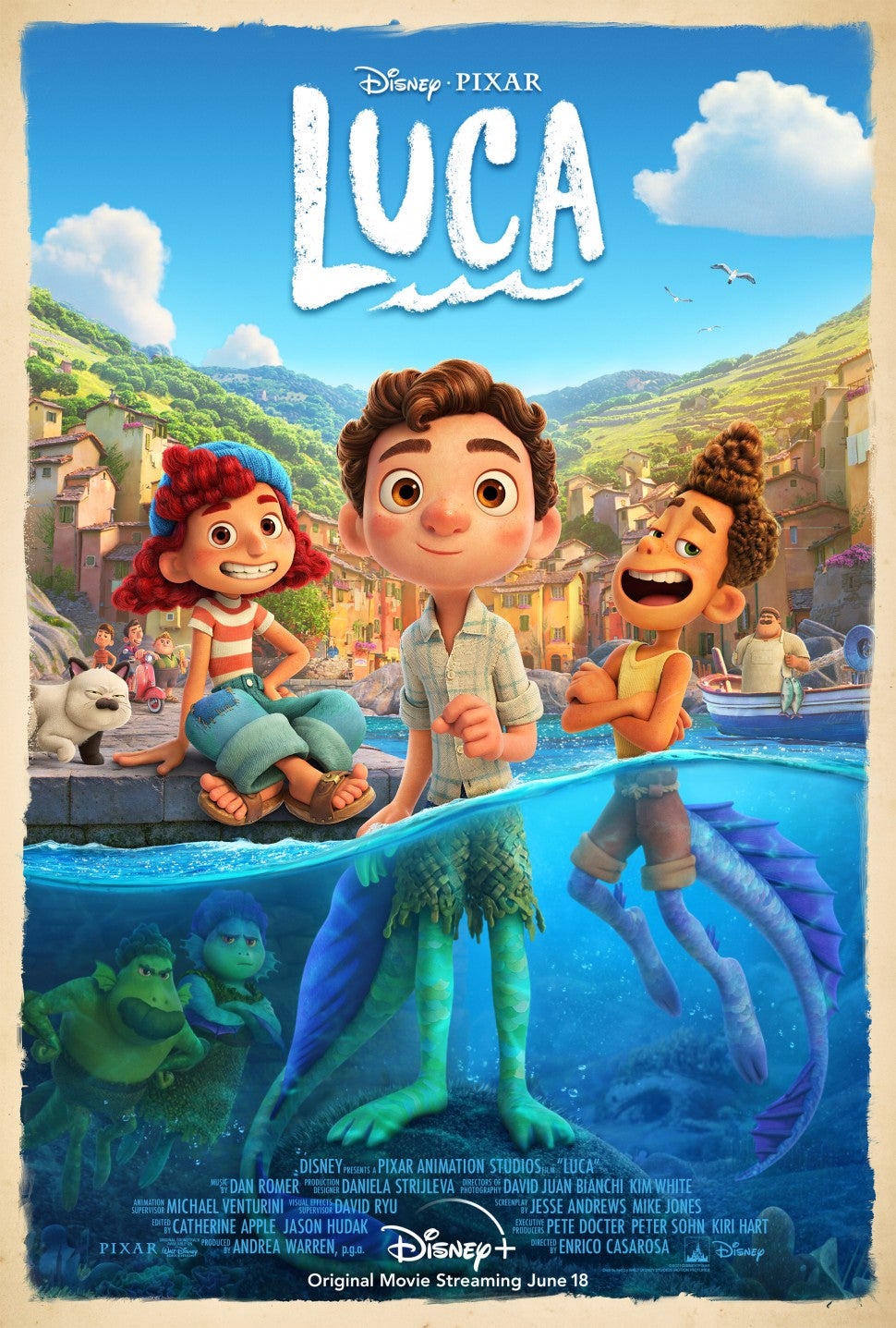