EastEnders won’t air tonight as the Fifa Women’s World Cup gets underway this evening, beginning with a head-to-head match between France and South Korea.

The coverage will start from 7.30pm on BBC One, with the match being broadcast live from the Parc des Princes stadium in the host country’s capital city, Paris.

Kick-off will start at 8pm, the time slot usually filled by EastEnders on a Friday night, but the soap has aired four episodes already this week.

In anticipation of tonight’s scheduling shake-up by the broadcaster, the soap aired twice last night, which left viewers on a big cliffhanger.

Since last week, troublesome Ben Mitchell (played by Max Bowden) has been putting Callum ‘Halfway’ Highway (Tony Clay) on edge after he threatened to expose his confusion over his sexuality.

Halfway is currently in a relationship with Whitney Dean (Shona McGarthy) and the loved up pair have recently moved in to the flat above the funeral parlour.

After he was sold a dodgy van by Ben, Halfway confronted Ben at the end of last week’s instalment of the Walford drama, with a clear chemistry between the two emerging in the moment.

With Ben stirring up trouble in the Square this week, Halfway set about getting his brother Stuart Highway (Ricky Champ) to deal with the friend he was having issues with.

Although Halfway went back on his demands, Stuart put the pieces of the puzzle together and realised Ben was taunting his brother about something, but was unsure as to what.

Ben and Halfway finally brokered peace in last night’s second episode as they headed for a night out with Whitney, Jay Brown (Jamie Borthwick) and Ruby Allen (Louisa Lytton) but there was a twist in store. 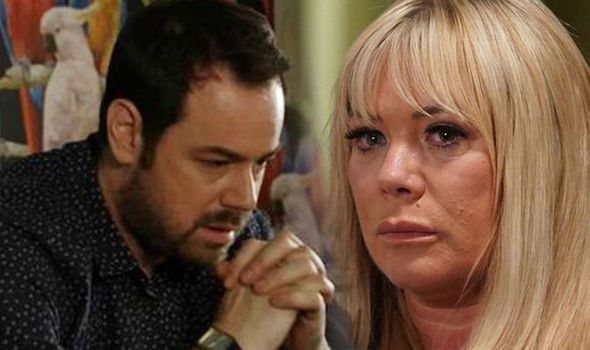 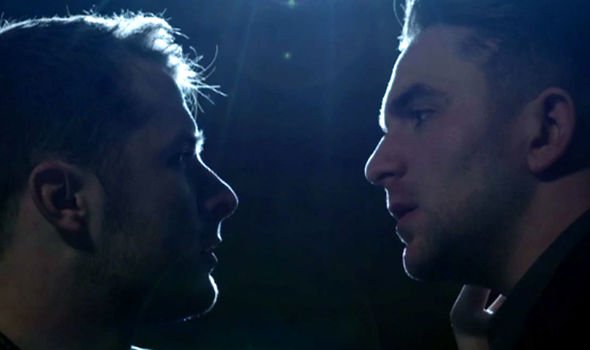 As Ben went off to meet with someone, the mystery messenger was revealed to be Halfway when the pair met up int he park.

After telling Ben he felt lonely, the Mitchell bad-boy comforted him, leading to the pair kissing before the credits rolled.

With Halfway set to propose to Whitney in upcoming scenes, it will seem he is moving on from his night of passion with Ben as he tries to remain faithful to his girlfriend.

However, the soap released its summer trailer shortly after the episode and teased more scenes between Halfway and Ben, so could this be the beginning of a new romance on the Square?

Viewers will have to wait and see how the love triangle progresses in the coming weeks, but another one could be about to dramatically unfold. 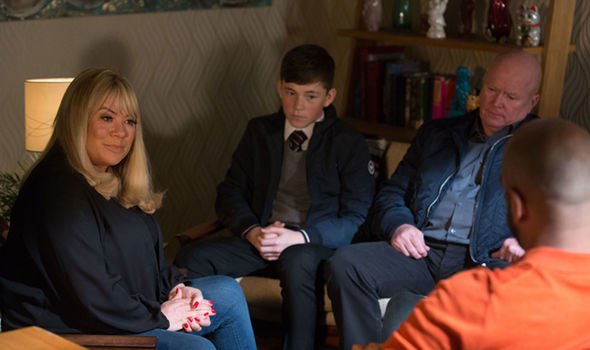 Sharon doesn’t know who the dad is

Louise Mitchell (Tilly Keeper) is harbouring the secret she is still pregnant from the baby’s father Keanu Taylor (Danny Walters), who believes his ex has had an abortion.

Soap spoilers have revealed Louise and Keanu will reunite in upcoming scenes, but things are set to get more complicated between the young mechanic and his forbidden lover Sharon Mitchell (Letitia Dean).

As teased in the summer trailer and confirmed by EastEnders earlier this week, Sharon will be rocked when she discovers she is also pregnant following a dalliance with Keanu in recent weeks.

Sharon is also married to husband Phil Mitchell (Steve McFadden), so will be left with a huge dilemma as she tries to work out who could be the father of her unborn child.

Ahead of the confirmation, a source told The Sun: “Having discovered she’s pregnant Phil excitedly tells everyone their news, much to Sharon’s horror as she doesn’t know for sure who the dad is,” but will this be the catalyst to expose the secret affair?

EastEnders continues Monday at 8pm on BBC One.