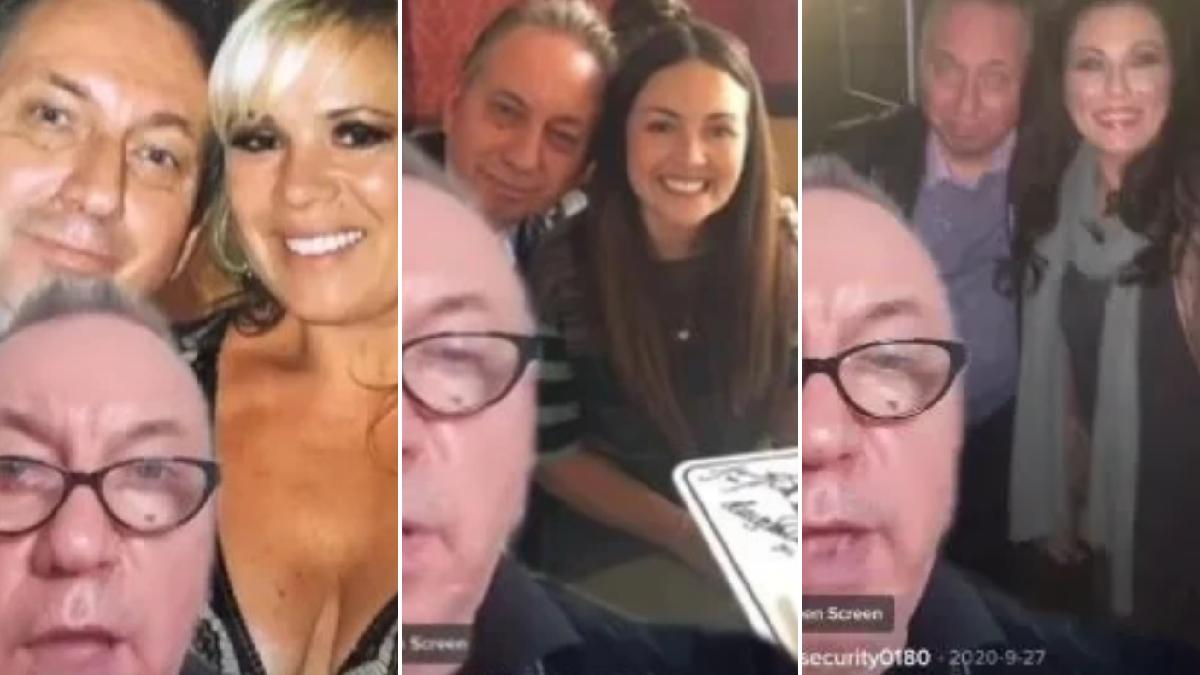 Many a passionate EastEnders fan loves a selfie with the cast of the show and, more often than not, the actors are only too happy to oblige.

However, most of them probably aren’t expecting the photo lo lead to a critique and ranking of their personality.

Peter, from the south east of England, has treated other fans to his own insight into how he feels about the cast members in a series of TikTok reviews.

Letitia Dean and Lacey Turner got high scores from him but Diane Parish and Jessie Wallace came in for a harsh outcome.

As did Letita’s driver, who probably was totally oblivious to what was going on.

Peter uploaded his pictures to TikTok and followed with his reviews.

So shall we see who scored top marks? And who didn’t?

‘Letitia Dean – Sharon Mitchell. I only met her once, lovely lady. This picture wasn’t taken outside EastEnders.

‘I think she stopped but the person that drives her, I don’t know if it’s her husband or manager…right miserable, won’t let anybody talk to her.’

‘The first time I met her she went shopping and me and a few others followed, not stalking’

‘She went in Marks and Spencer to do her shopping and we had the courtesy to wait outside until she finished in Borehamwood.

‘She came out and was only too happy to sign and chat with us, just after she’d done the first series of Our Girl before it came out.

‘This picture weren’t outside EastEnders because she never stopped.

‘Linda Henry only smiled once, this is the only picture I have taken with her.

‘Never stops outside a studio, always has her head down, never happy. Five out of 10 – sorry Linda but that’s how I see it.’

‘My favourite Danny Dyer, always a pleasure, always happy to see me

‘Always stops to see me since I bought him and his wife a crystal engraved wedding clock as a wedding present.’

‘This is the only photo I have taken with her, Diane Parish

Score: She didn’t even get a score – but she does actually seem to be smiling in this picture, so we would want a re-count.

A mixed set of reviews – but next time you agree to a selfie, soap stars, be aware that you are being scored so give it your all.