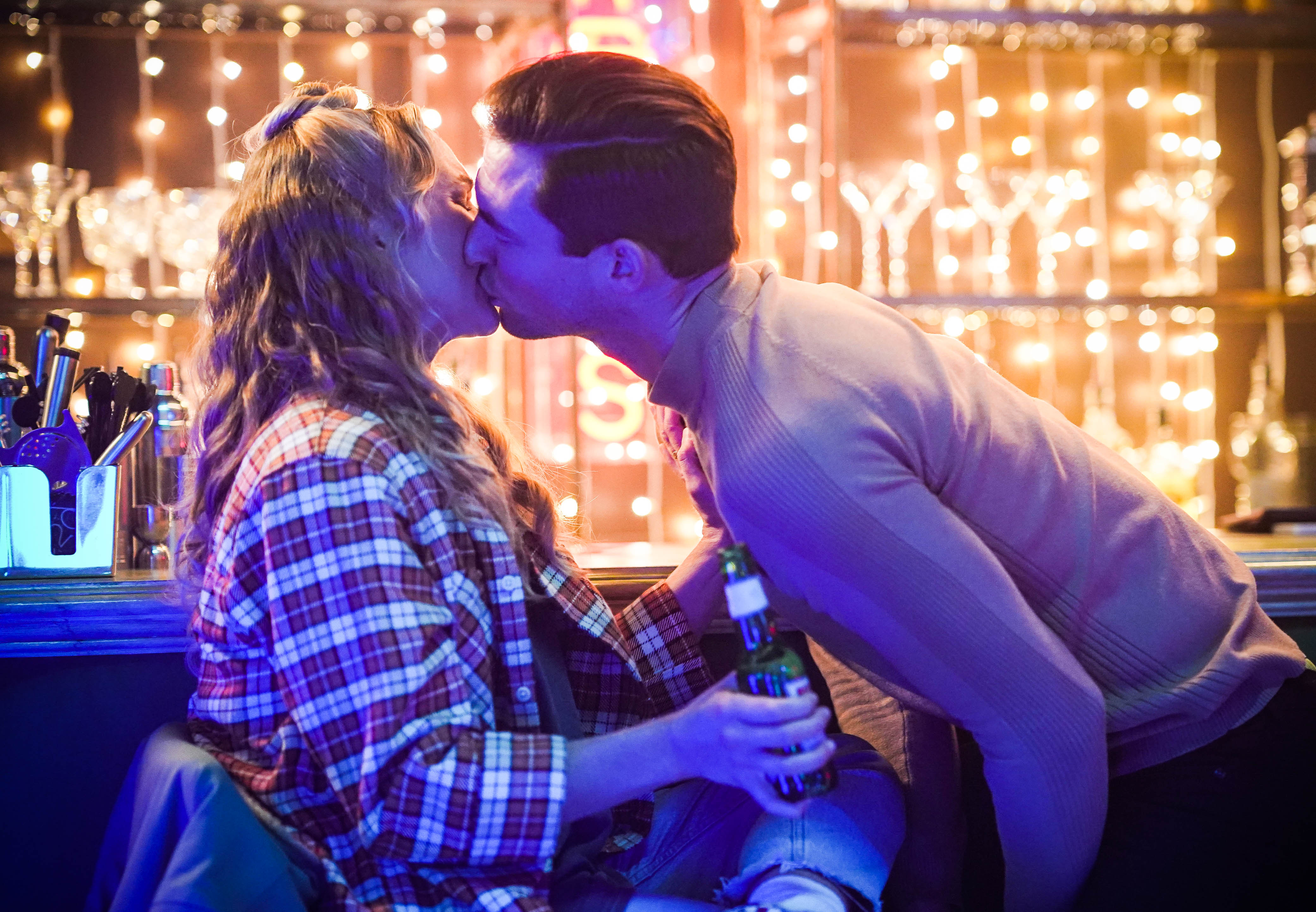 Zack Hudson (James Farrar) decides to seize the day in EastEnders, as he makes a move on former flame Nancy Carter (Maddy Hill).

His decision to do so is largely down to Janine Butcher (Charlie Brooks), who took it upon herself to meddle in Nancy’s love life, desperate to get her out of the way.

Janine, as viewers know, is hellbent on winning Mick’s (Danny Dyer) affection, but she’s been unable to do so with Nancy watching her every move.

Determined to get the Queen Vic publican on his own, the schemer approached Zack on Boxing Day, and implied that Nancy still has feelings for him.

Zack, stunned, was pleased to hear such a thing, and thus he headed over to speak to Nancy, and the two subsequently went out for a drink.

Monday’s (December 27) offering of the BBC One soap will see the former lovers enjoy a drink in Ruby’s, before Zack makes his move.

Pictures reveal that he leans in for a kiss. Nancy, however, seemingly rejects his advances, and wants to know what inspired him to do such a thing.

And when she discovers that Janine has been meddling, let’s just say that she’s not in the least bit pleased!

Nancy and Zack’s relationship came to an end earlier this year, after the former found out that the latter was in the car that knocked her down.

Zack had been giving Frankie Lewis (Rose Ayling-Ellis) a driving lesson, when she ran Nancy over, and he subuseqnrtqy helped her cover up their involvement.

He’s apologised for his actions, but Nancy has understandably struggled to forgive him.

EastEnders airs these scenes on Monday December 27 at 7:30pm on BBC One.