Jean (played by Gillian Wright) is currently in the midst of her treatment for cervical cancer after being diagnosed with the illness earlier this year on EastEnders.

The harrowing storyline has seen Jean conceal the truth from her friends and family, with the devastating reveal leading to the return of her estranged son, Sean (Robert Kazinsky).

Sean’s reunion with his mother was a treat but also heartbreaking for fans of the BBC soap as the former solider admitted to Jean he had killed his and Stacey’s (Lacey Turner) father years before.

After appearing on the soap for a handful of episodes, Sean left Walford once again as he told Jean he was going to get professional help following a suicide attempt in the aftermath of the news he revealed.

Since Sean’s return, Jean has been determined to carry on with her treatment, helped on by the support of daughter Stacey and niece, Kat Slater (Jessie Wallace).

In the coming weeks, Stacey will leave Walford as actress Lacey Turner, 31, takes a short break from the soap to welcome her first child.

Stacey is currently in the midst of a custody battle with Kush Kazemi (Davood Ghadami) the father of her young son Arthur after the market stall trader fell out with her husband, Martin Fowler (James Bye).

One such way Stacey could leave the Square is if she were to flee with son Arthur to avoid the legal drama, but this would leave Jean without a vital pillar of support.

This could pave the way for Sean to leave the treatment facility he is currently residing in to be by his mother’s side in the aftermath of Stacey’s exit.

Actress Gillian Wright, 59, has suggested Sean could make his comeback following his return earlier this year at the British Soap Awards. 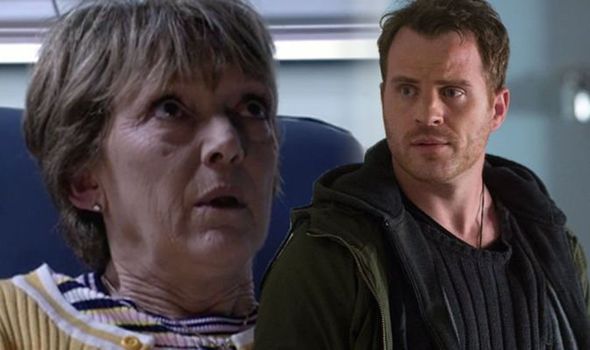 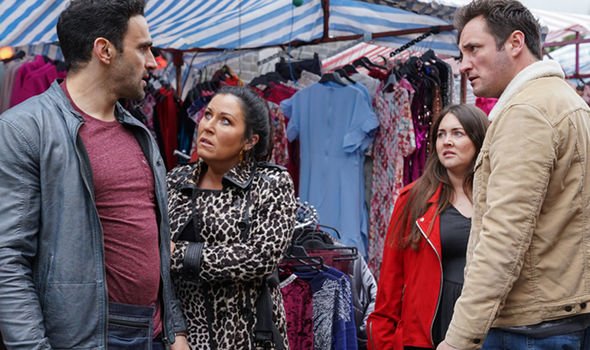 Was great having Rob back

Speaking with Metro.co.uk, Gillian said: “It was great having Rob back,” and when asked if she would like to Robert Kazinsky, 35, reprise his role again, the actress said: “Yes.

“Yes, it had been ten years since we last worked with each other and it felt like yesterday, it was great,” Gillian explained, so could Sean be making an unexpected return in the coming weeks.

When asked if Jean still has a battle to face as her harrowing storyline continues, Gillian remarked: “Yeah, I think there is. There will be.

“It’s been treated with a lot of respect and these cancer storylines do go on for a while,” the star continued and the latest trailer for the BBC soap has given fans a first look at Jean’s new love interest.

Actor Ade Edmondson, 62, is joining the cast of EastEnders as Daniel Cook and things will get off to a rocky start between the pair. 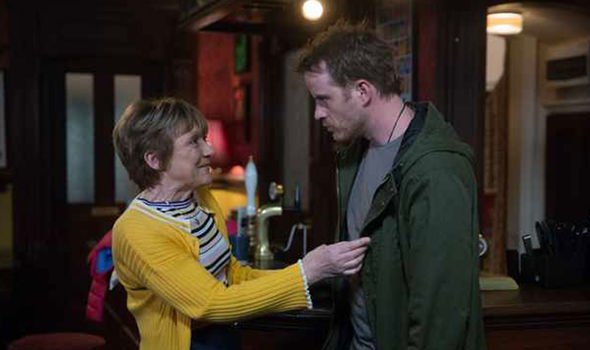 The trailer sees Jean throwing a cup of water over Daniel as it seems he will offend the Slater matriarch.

He is later heard telling her: “Oh poor little you. The best cancer face.”

But love will soon blossom between the pair, with executive producer Jon Sen saying of the casting: “Adrian’s a phenomenal talent who will bring his unique blend of intelligence, warmth and humour to the role of Daniel.

“We’re all over the moon he’s coming to Walford, and can’t wait for this love story to hit screens later this year.”

Elsewhere in the Square, Keanu Taylor’s (Danny Walters) love triangle with Louise Mitchell (Tilly Keeper) and her step-mother Sharon Mitchell (Letitia Dean) is about to get a whole lot messier.