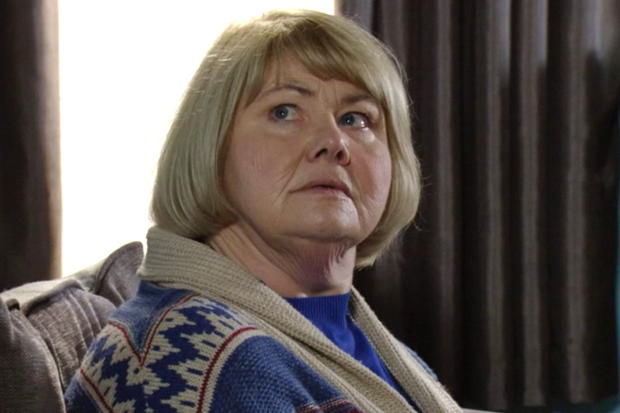 EastEnders star Annette Badland revealed that she received death threats for over her role in the BBC One soap.

The actress, who portrayed the formidable Aunt Babe, opened about the harrowing experience, recalling how some viewers thought she was actually the sinister character in real life.

‘People did believe I was Babe,’ the 70-year-old said, ‘which was shocking. It was the first time people didn’t go to me: “Oh I can’t remember your name but I liked you in that thing the other night.”

‘For EastEnders it was: “You all right, Babe? How is Babe today? How are you doing, Babe? Aren’t you a one?”

‘Most people loved her and enjoyed the naughtiness of it but towards the end I did have death threats which is very shocking and frightening so it is a tricky thing that you go: “Oh this is wonderful that people think she is real,” and then there are people who go with it and don’t enjoy it or it offends them as they think it is real and they want revenge.

Annette revealed that she spoke to the police in relation to the matter.

‘The police told me: “You don’t tell anyone where you are going. You always have a phone”.

‘You can go: “Oh this is just some poor person and nothing is going to happen,” but you don’t know.

‘I was quite frightened for a bit,’ she told Distinct Nostalgia Podcast.

Annette portrayed Aunt Babe from 2014 to 2017, and during that time, she featured in a number of popular stories surrounding the iconic Carter family.

The star recently teased a return to the soap on social media.

Join the community by leaving a comment below and stay updated on all things soaps at our homepage.