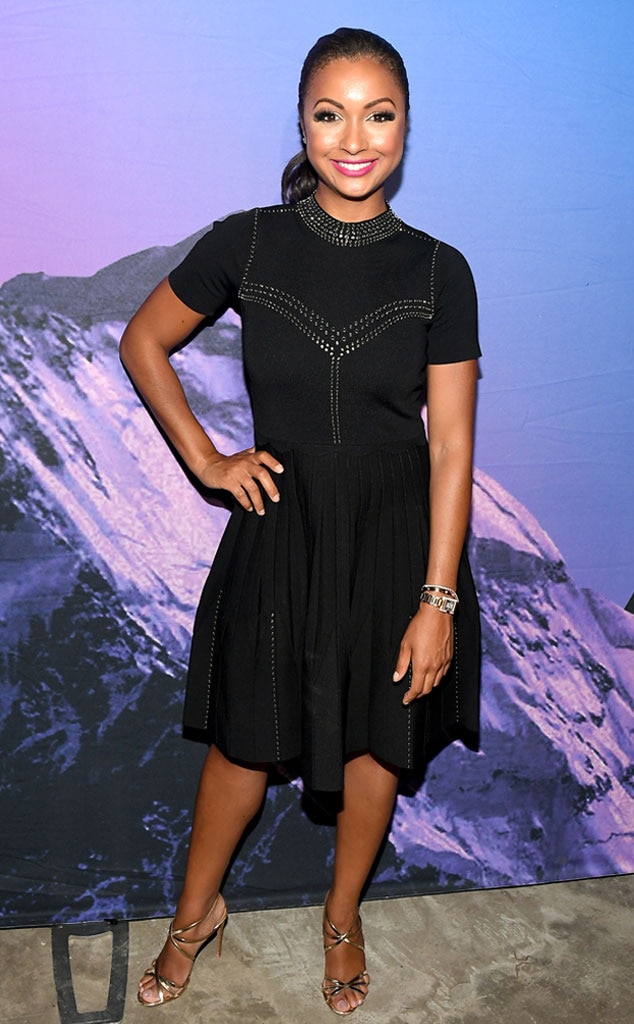 There's a new Housewife in town!

Eboni K. Williams has joined the cast of The Real Housewives of New York City, making history as the Bravo installment's first Black cast member. "NYC is filled with successful and dynamic Black women. I'm excited to join this legendary franchise as the first Black housewife," the attorney and TV host said in a statement on Thursday, Oct. 8. "Can't wait to share a slice of life in this city that hasn't been seen before. Anyone who's aware of my work knows I don't hold back. I'm going to keep it just as real here as I do everywhere else."

The 37-year-old, who is the host and executive producer of Revolt Black News, will join fellow stars Luann de Lesseps, Sonja Morgan, Ramona Singer and Leah McSweeney on the show.

In August, RHONY star Dorinda Medley announced her decision to leave the reality series after six seasons. "What a journey this has been. I have laughed and cried and tried to Make it Nice," she told fans. "But all things must come to an end. This was a great outlet for me to heal when my late husband Richard passed away."

As fans may recall, Dorinda joined RHONY in 2015 and became a beloved member of the cast.

The Masked Singer Unmasks the Giraffe

Two months before Dorinda's departure, fellow star Tinsley Mortimer announced her exit from the series. And in 2019, ahead of the show's 12th season, fan favorite Bethenny Frankel also left RHONY for good.

"I have decided to leave the Housewives franchise to explore my next chapter," she said in a statement. "It's time to move on and focus on my daughter, my philanthropy and my production partnership with Mark Burnett, producing and starring in shows which represent a shift in the conversation for women. With the changes in modern culture, I want to highlight the strength, confidence and unstoppable power that women have."

(E! and Bravo are both part of the NBCUniversal family.)