EMMERDALE fans are convinced Belle Dingle is only back with Jamie Tate to find evidence that he ran Moira Barton over and left her for dead.

The vet – who is played by actor Alexander Lincoln in the ITV soap – hit Moira by accident but left her by the side of the road and later let his wife Andrea cover up the evidence. 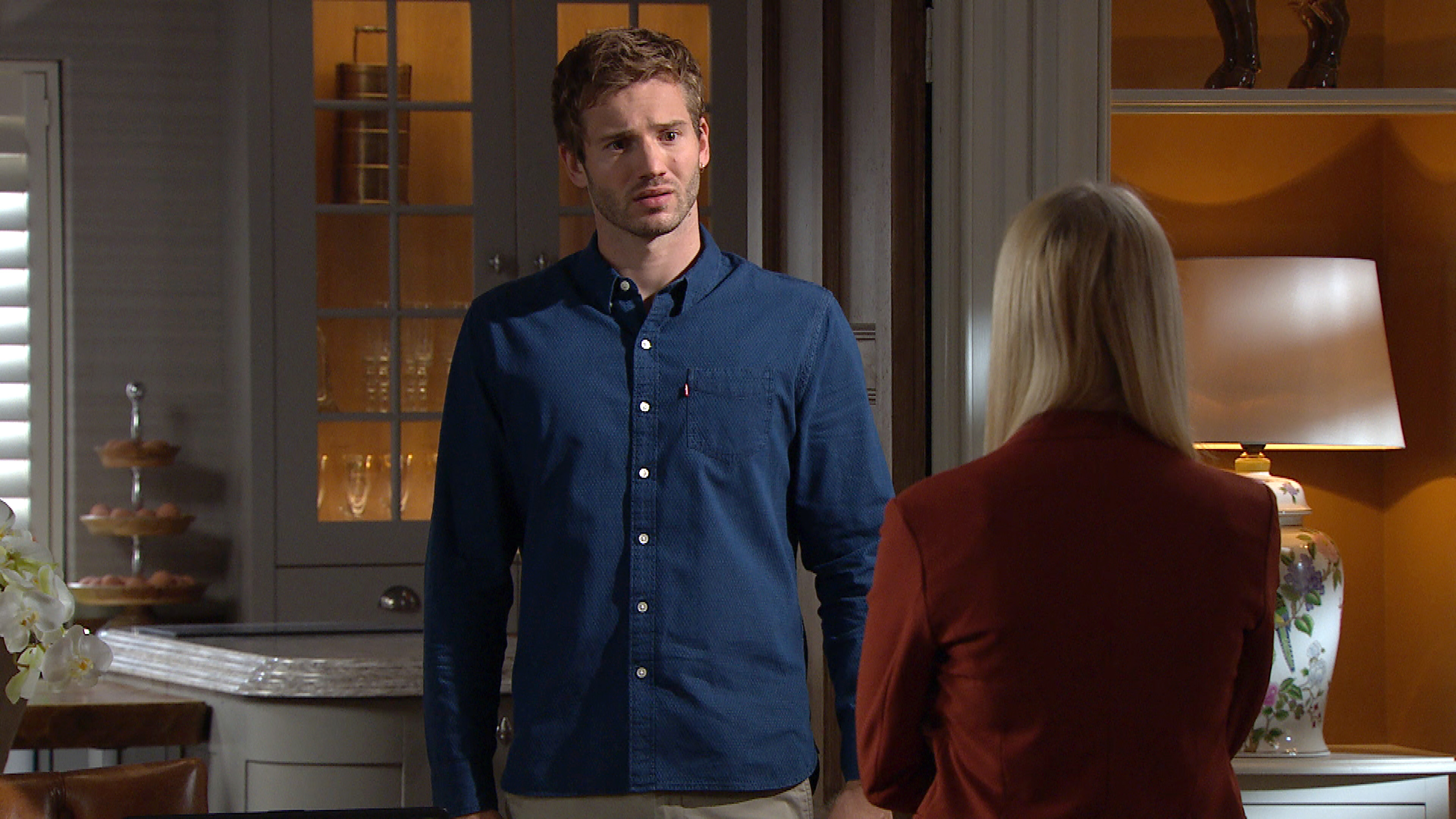 Belle found out about it and chose being with Jamie over her family, but tonight there was a major hint that she was only there to get the evidence to send him to prison.

She demanded Jamie tell her about how he disposed of the evidence of the hit and run.

“Can I ask you something – was the car not damaged?” she said.

“There must have been some damage. Sorted it how? I just don’t know why you won’t tell me.”

Jamie tried to insist he wouldn’t tell her to protect her from having to lie to the police for him, but she pressed on. 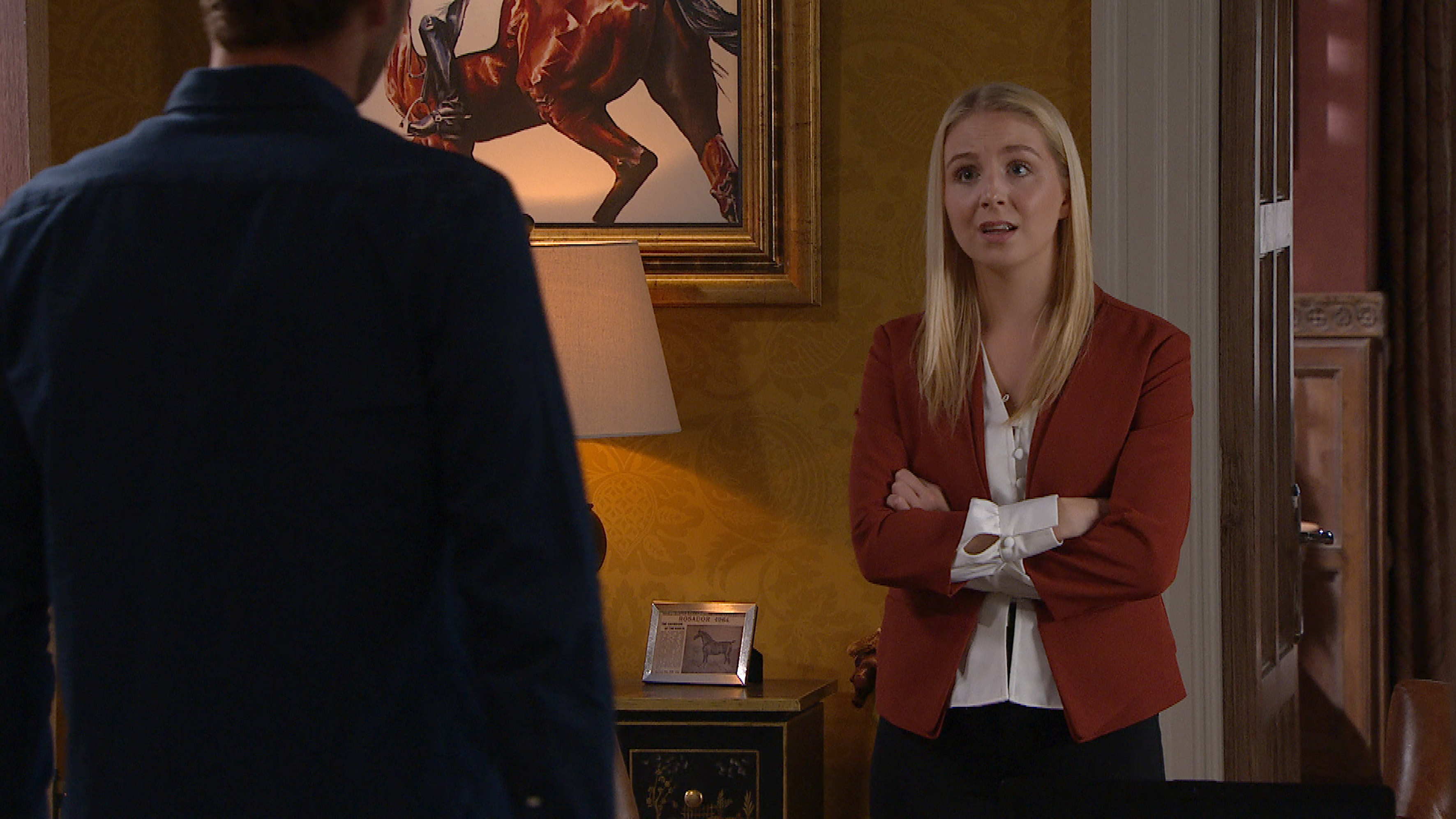 She said: “I think I know what this is – you don’t trust me. Jamie, I’ve given up everything for you, just show me you trust me, tell me about the car.

“Do you really think I’m that dumb? I’m not going to stay and listen to you lie like this.”

But as she began to walk off, Jamie finally gave in.

He said: “Wait, Belle, look if I do tell you you have to promise you’ll never say a word.”

However as Jamie began to tell Belle, his mother Kim called and he insisted on taking it despite Belle telling him to just tell her what happened with the car.

Fans are now convinced that Belle is only with Jamie to get proof he was responsible for Moira’s accident.

And that she was the hit and run witness who pulled out because she had yet to get the proof she needed.

One wrote: "Ooooh ok this is weird behaviour from belle. Are the crazy fb theories actually correct?! #emmerdale"

A second said: "Emmerdale Thinking face is Belle trying to set Jamie up or genuinely an idiot"

Another added: "Is Belle setting up Jamie?#emmerdale"

Celebrities
Fox News Flash top entertainment headlines for September 30 Fox News Flash top entertainment and celebrity headlines are here. Check...
Lifestyle
We will use your email address only for sending you newsletters. Please see our Privacy Notice for details of your...
TV & Movies
Both series will take place at Globe Life Field in Arlington, Texas ESPN may be synonymous with sports, but plenty...
World News
HAPPINESS levels have dropped for all age groups since Covid arrived — except over-65s, an official government report shows. Popular...
Beauty
The Nordstrom Anniversary Sale ended a month ago, so finally it is time for another Nordstrom sale. Snag your favorite items on sale...
Fashion
There are moments in each watch brand’s history where a eureka moment has helped define it as a brand— rubber...
Recent Posts
We and our partners use cookies on this site to improve our service, perform analytics, personalize advertising, measure advertising performance, and remember website preferences.Ok