EMMERDALE viewers are in shock after Victoria Sugden turned down a million pound payday and decided to keep the land she inherited.

The chef – who is played by actress Isabel Hodgins in the ITV soap – was left the land by her grandmother Annie who didn’t know she still owned it. 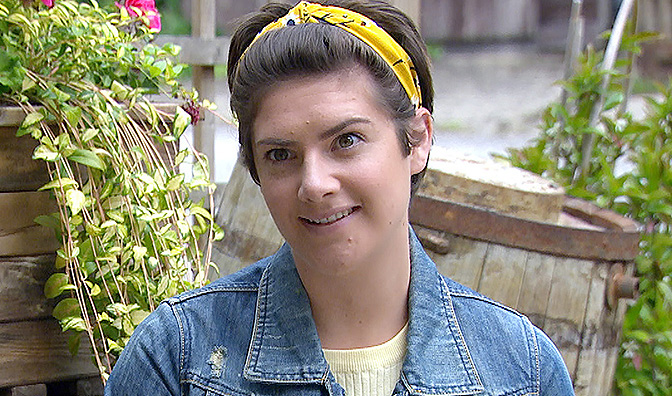 And despite the fields being worth a fortune to developers – easily more than a million pounds – Victoria was left torn after Moira revealed losing them would destroy her farming business.

Victoria told Aaron: “If I sell that land me and Harry could be set for life, but I don’t think it’s what my gran would’ve wanted.

“What if I regretted it? Once I’d done it there’d be no turning back. And then there’s Moira – she relies on that land.”

Later she spoke to Moira who begged her to not sell it to developers – no matter how much she could make.

Victoria told her: “I get how important that land is to you and I’ll always help where I can.

“You have to see it from my position. The money from that land could change everything for me and Harry. The truth is I have been really torn.

“I barely slept last night but when it comes down to it money isn’t everything.

“And I don’t think my gran would want me to use that land just to make a quick buck. I remember watching my dad up there and he was always in his element.

“Which is why I’ve decided to leave things as they are – for now anyway. But I reserve the right to change my mind down the line.

“And actually I was thinking about learning a bit about running a farm myself. You never know, I might want to carry on the family tradition one day.”

Viewers were shocked that Victoria would turn down such a huge payday from developers to keep the fields but can't wait to see her working with Moira.

One wrote: "Aw I would like to see Vic helping out at the farm. I like her relationship with Moira."

A second said: "It's better to have constant income by renting farm than just getting lump sum."

Another added: "Victoria’s made the right choice I hope Luke doesn’t change her mind."

Later Victoria went up to her land and decided it was the perfect place to scatter Annie’s ashes.