Kirin Kotecha’s (played by Rish Shah) appearance in Emmerdale was short and overall sweet. Fans of the ITV soap saw his plan to blackmail Charity Dingle (Emma Atkins) backfire, and while she successfully convinced him to sign Johnny’s adoption papers, Paddy Kirk (Dominic Brunt) also got his wish; for justice to be served for Tess Harris’ (Nee Merton) death and the murderer to be carted off in handcuffs. But while Paddy’s conscience was cleared, his relationship was on the rocks as a result. Following Chas Dingle’s (Lucy Pargeter) damning comment, could the vet make a snap decision?

“Can’t tell how made up I am for you kid. Plus me being super hacked off with Paddy, well it gives me an excuse to drink,” Chas laughed off.

“Sorry I didn’t know you were here,” Paddy said walking through to the backroom of the Woolpack to Charity.

“Well, we didn’t think you’d want to celebrate with us – not that you would be invited anyway,” Charity hit back.

“Celebrate what?” He asked. 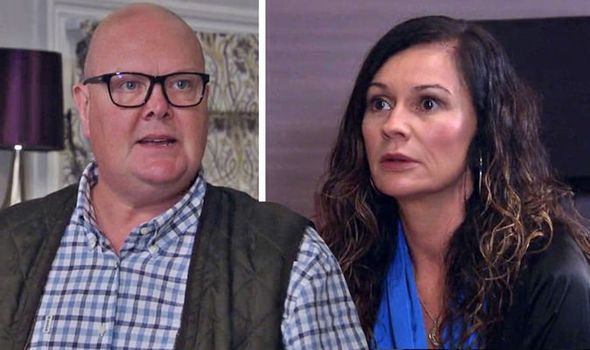 “Kirin agreed to me adopting Johnny,” she revealed.

“Charity, I didn’t want to stop you getting Johnny, you know that.”

“Apart from that’s what exactly what would’ve happened if I had not unpicked the mess you had caused!” Charity shouted.

“Oh, and here’s your money, God forbid I ever owe you anything,” she added throwing it onto the table in front of her. 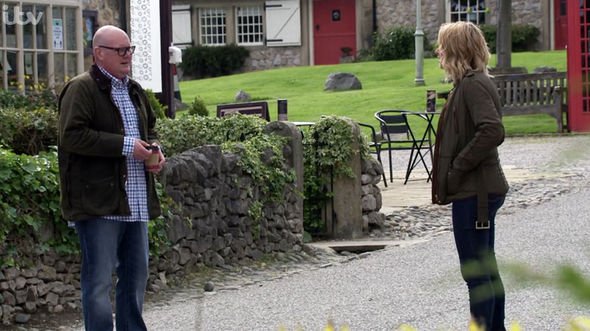 “Kirin hid it in the garage. Charity managed to wangle it out of him,” his partner interjected.

“So you got Kirin to sign the papers, you got the money back and he’s going to prison? No harm done! Tess gets justice, you get Johnny,” the vet said.

“Yes and we all know loud and clear where your loyalties lie Paddy. A little clue, it isn’t with us,” Charity snapped. 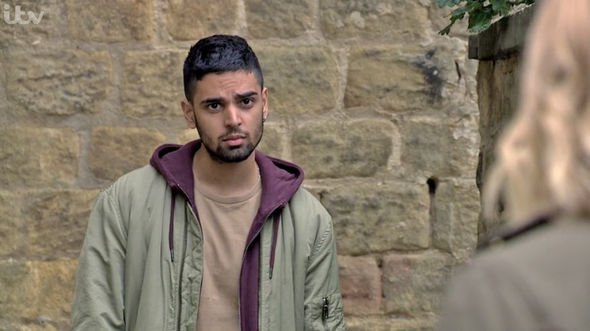 “Do you know what Chas, I feel for you, being stuck with this pathetic, spineless bloke. We’ll continue this drink another time,” and with that she left Paddy and Chas.

“Thanks very much for defending me!” Paddy shouted, shocked at Charity’s abuse.

“I’m sorry, was I supposed to?” Chas argued.

“I didn’t do it to hurt you!” He tried to explain, but Chas wasn’t interested.

“That’s kind of becoming your mantra lately. Isn’t it Paddy?” She replied.

“You never meant to hurt me when you left Eve on her own in the back of the car, but you did!

“So, what’s coming next? That’s what’s scaring me.”

Paddy was left utterly speechless at the comment Chas just made.

Earlier this year, he accidentally left baby Eve in her car seat when he was rushing Marlon Dingle (Mark Charnock) into A&E.

To find out details of coronavirus in your area, please fill in your postcode below.

While he profusely apologised, understandably, social services had to get involved, but the case was closed almost immediately.

Chas, however, has struggled to forgive him, so much so, Paddy’s anxiety spiralled.

He offered to leave her and the baby, arguing they were better off without him, but Chas stopped him from doing so, insisting that she loved him.

But realising he has betrayed her once more, could Paddy insist some time apart from one another?

Emmerdale airs Monday, Wednesday and Friday at 7pm on ITV.

Celebrities
Eva Mendes has never been one to talk much about her personal life. She’s been in a relationship with Ryan...
Lifestyle
Those sugary junk foods kids beg for in the supermarket? They were likely recommended by a child YouTube influencer.A new...
TV & Movies
Movie star Jonah Hill and actress Beanie Feldstein are both super talented and funny — and as it turns out,...
World News
The Daily Star's FREE newsletter is spectacular! Sign up today for the best stories straight to your inboxA university student...
Beauty
Facials are magic when it comes to transforming meh-feeling skin into glowing, blissful radiance in less than an hour. Even...
Fashion
We don’t know about you, but our sweater drawers are almost entirely full of black and gray options. While we’re...
Recent Posts
We and our partners use cookies on this site to improve our service, perform analytics, personalize advertising, measure advertising performance, and remember website preferences.Ok