Emmerdale viewers have seen Dawn Taylor (played by Olivia Bromley) prepare for Lucas (Dexter Ansell) to move in after it was confirmed she would be allowed to look after him once more. As she tries hard to calmly settle him in, it seems her dad Will (Dean Andrews) could accidentally put her son in danger – will Lucas reveal Will’s huge secret and put Dawn’s custody of him at risk?

Dawn had a much-awaited reunion with her beloved son Lucas last month as she was finally told he would be able to come home with her.

In upcoming episodes, Dawn will finally get to welcome Lucas into the Dales as her family have spent the past few weeks getting things ready for the youngster.

However, things will quickly turn difficult as Dawn’s wayward dad Will makes a huge error after Lucas discovers his secret – could she be in danger of losing her son once more?

ITV Viewers have seen Will given an unwelcome reception into the village as many of his fellow residents disapproved of his relationship with vicar Harriet Finch (Katherine Dow Blyton). 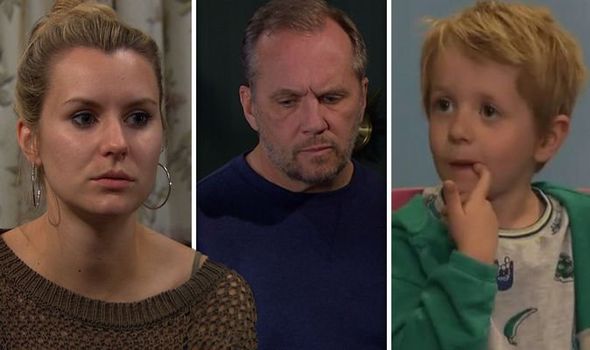 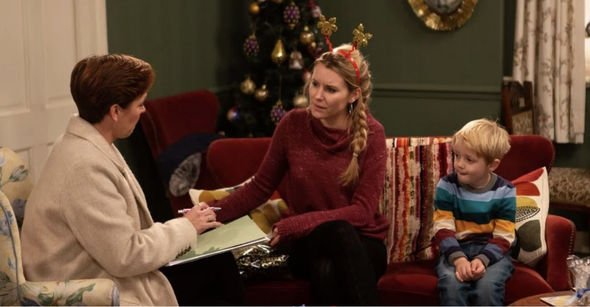 Will had a dark past in dealing drugs and was sent to prison during his marriage to Harriet whilst she worked as an undercover police officer.

Now things with Harriet and his daughter are back on track, it seems he could accidentally jeopardise Dawn’s relationship with her son after he discovers a huge secret Will is hiding.

Speaking ahead of the storyline, Dean Andrews who plays Will hinted things could come crashing down once more.

He explained how his character is initially optimistic about Lucas’ arrival: “I don’t think he thinks past will have any effect on Dawn being a good mum. She’s shown all the things she would need to show. She can be loving and responsible, even though she’s quite nervous about it. 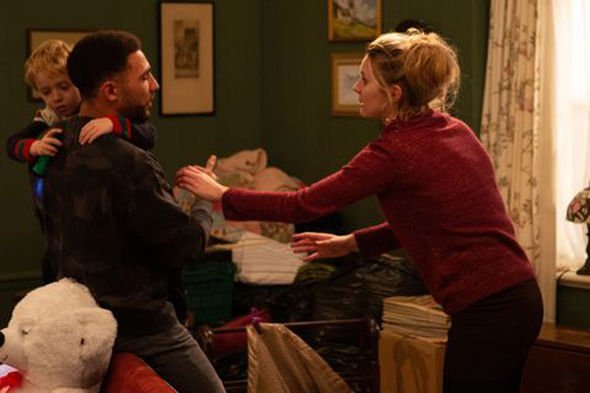 “It’s the same as anything when there’s a lot riding on something. Lucas comes in and everybody tries to help, tries to make him feel comfortable, have a little play with him and try and find out what he likes and what he doesn’t like and just trying to help him settle in.”

However, despite the warm welcome, things will quickly turn dark as play-fighting with Will soon leads Lucas to make an accidental discovery.

Dean revealed: “They’re just play fighting really and, and having a great time – probably too good a time – shooting at each other. I don’t think Will’s actually shooting. I think he’s in the crossfire most of the time getting shot at.

“Lucas goes upstairs and then all of a sudden in the middle of it comes down with, you know, the real thing.”

Lucas will alarm Billy (Jaye Kontzle), Harriet and Will when he brings the gun down, leading them to question why Will has a gun as they try to hide the news from Dawn.

Dean added: “Billy gets the gun from Lucas with a little bit of coaxing. Everybody’s really, really frightened and it kind of comes out that it’s Wills gun.

“He has a lot of explaining to try and get them not to tell anybody, Dawn, especially.

“There’s all the thing about it cause problems with Lucas. So he’s trying to hide the facts all over nothing because they love Dawn and Lucas so much they kind of go along with it a bit,” he revealed.

However as Lucas is sure to struggle to keep quiet about what he’s seen, will Dawn be in danger of losing her son if he accidentally spills the beans?

Dean also hinted there could be some demons from his past set to return: “I think there’s that, you know, when somebody who’s been a part of something as big as that, with the kind of people that he’s been a part of, he’s trying to put himself in a little village in the middle of nowhere, to get away from all that.

“But as is life, you know, things can crop up from your past that you don’t really want to so I suppose there is a chance.”

Could Will be in danger of ruining his relationship with his daughter and those around him if his past comes back to haunt him?