The last time Emmerdale viewers saw Tracy (played by Amy Walsh) truly at odds with someone it was down to her mistrust of ex-husband David Metcalfe (Matthew Wolfenden).

David made a series of terrible decisions and Tracy was left constantly suspicious he was cheating on her with exes Leyla Harding (Roxy Shahidi) and Priya Sharma (Fiona Wade).

In the end David slept with Leyla and his marriage to Tracy was over – but once it was revealed Jacob Gallagher (Joe-Warren Plant) had been abused by David’s latest girlfriend Maya Stepney (Louisa Clein), the trio of women have banded together to support the teenager on the ITV soap.

Yet when she realised Leyla and David could be getting back together and the former had decided to move into David’s cottage to “support” him, it hit Tracy much harder than expected.

The B&B worker proceeded to have a one-night stand with newcomer Nate Robinson (Jurell Carter), and at first she was thrilled.

But yesterday Nate moved on to flirting with Geordie character Amy Wyatt (Natalie Ann Jamieson), and Tracy is yet to find out how quickly that was the case.

Ever since returning to the village from Northern Ireland, Amy has been focusing all her efforts on rebuilding her relationship with her young son Kyle, but has the time finally come for a relationship?

Pete Barton (Anthony Quinlan) warned Nate is a “player”, but are the women in for a new love triangle?

In upcoming episodes, Amy agrees to go on a date with farmer Nate, but Kerry Wyatt (Laura Norton) and Tracy are furious when they learn of the plans.

Amy and Nate’s date is then interrupting by the women bursting into the Woolpack, determined to sabotage their connection. 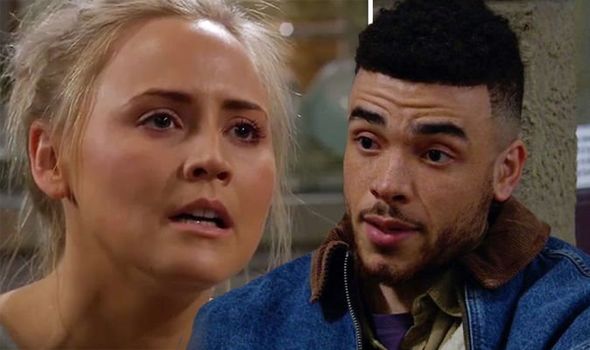 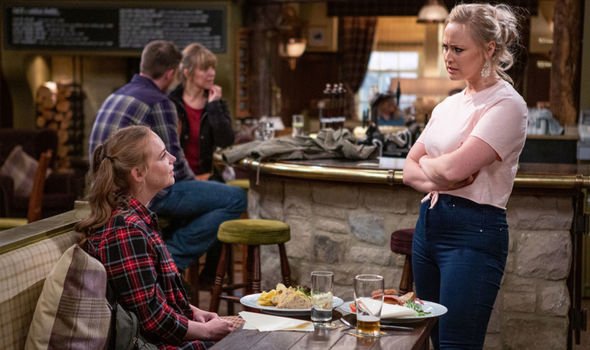 Amy is horrified to learn how soon their date comes after Nate and Tracy’s night of passion, but will it be enough to put her off the mysterious hunk?

Billy was buying Amy a drink of orange juice, but when Chas listed the price fans couldn’t believe how expensive it was for such a small amount.

Taking to Twitter, they shared their thoughts on the unexpected development.

“£1.70 for that little dribble of orange juice? Chas & Charity are ripping people off,” one person slammed. 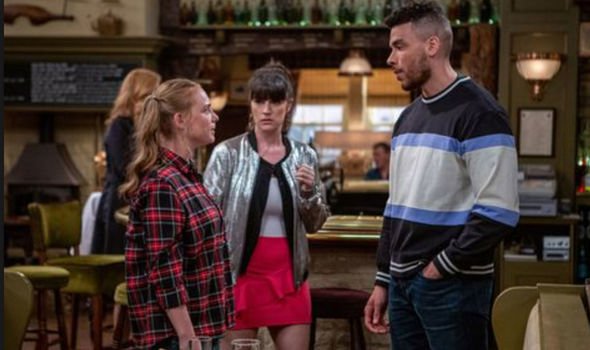 While a fourth said: “£1.70 for the tiniest glass of orange juice I’ve ever seen #emmerdale.”