Emmerdale fans were treated to a special episode; Emmerdale Family Trees which took a closer look at the iconic Sudgen brood. One village resident who was embroiled in all their drama was Katie Sugden (played by Sammy Winward). Viewers will remember how she found herself between Andy Sugden (Kelvin Fletcher) and Robert Sugden (Ryan Hawley) and their ongoing sibling rivalry. While the teenager was initially Andy’s girlfriend, fans of the ITV soap saw Robert pursue Katie until he finally got her. Years later, Robert’s vindictive ways saw Katie turn on him and when she threatened to expose his sexuality, Robert killed her. Could the truth about how she fell through the floorboards be revealed five years later?

The soap took a trip down memory lane as they delved into the archives and explained how Emmerdale inauguration started with the Sugden family.

For the first ten years, brothers Jack Sugden (Clive Hornby) and Joe Sugden (Frazer Hines) ran the farm together, but they never saw eye to eye.

This time, it was Andy and Robert who fought each other and fought for their father’s affection.

In 2001, a new classmate arrived who took the sibling rivalry to a whole new level. 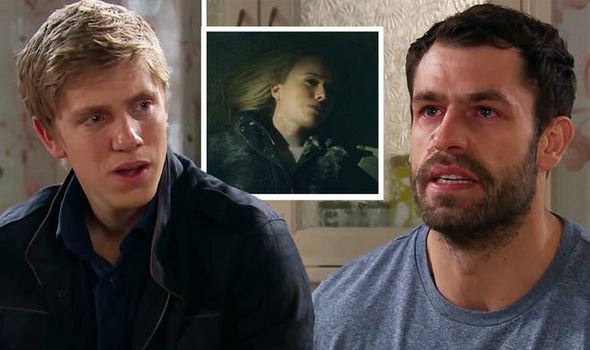 Normally, it was Robert who got the girls, but Andy stole Katie’s heart.

After Andy gloated about his success with the ladies, Robert vowed to tempt Katie away – and he did just that.

But, in the end, Katie chose Andy, but her hate for her brother-in-law never stopped.

In 2015, Katie found out Robert was having an affair with Aaron Dingle (Danny Miller) and photographed the two kissing.

This snapshot led to her downfall, as Robert’s venomous side reared its ugly head once more. 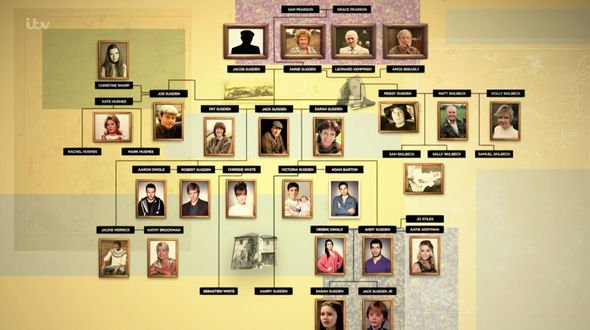 Emmerdale Family Trees played clips from Katie’s final moments and spoke to the cast involved about the iconic exit.

“Come on Katie, you’re no saint! You’ve been in the same position as me,” Robert remarked.

She hit back: “I think I’d remember if I had a gay phase Robert.”

“It was always going to end in a very dramatic way,” the actor who plays Aaron said.

Gaynor Faye, who was voicing the episode commented: “Behind the scenes the cast and crew worked round the clock to create this iconic moment.” 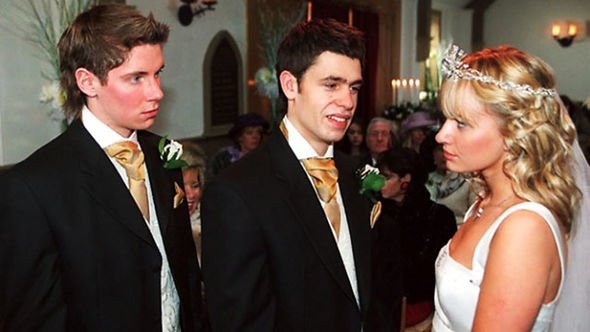 “We had some really cool stunt women who came in,” Sammy, who played Katie explained.

“I’m not scared of you anymore,” Katie spat at Robert, and before he pushed her the first time he shouted: “You’re not going anywhere!”

The scene showed Katie getting up off the floor, but Robert was adamant she would not leave.

“It’s quite hard to play dead because I wanted to cry,” Sammy remarked. “And then as soon as they said ‘cut,’ that was my last scene – ever.”

Andy is then pictured walking in calling out for his partner: “Katie? The whole place is falling to bits!” 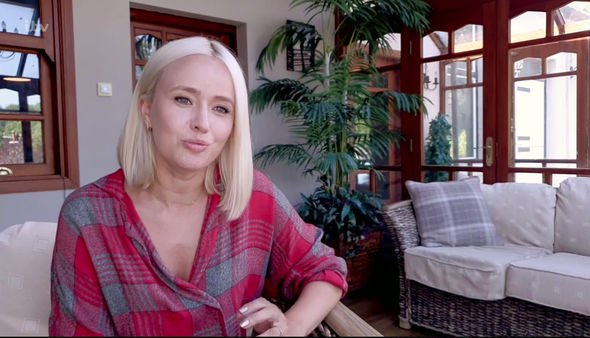 Walking over to the hole in the floor, Andy peered down and saw his beloved lying lifeless: “Katie!” He hollered.

Robert was nowhere to be seen.

One said: “#Emmerdale One of the most annoying things ever was Robert getting away with Katie’s murder.”

“Still fuming they killed Katie off,” another mentioned.

A third added: “Katie’s death was so iconic. I remember that scene like it was yesterday #Emmerdale #Emmerdalefamilytrees.”

“I remember Katie’s death. It was such an edge of your seat episode . Robert and Katie’s storyline was so dramatic #Emmerdale #Emmerdalefamilytrees,” another tweet read.

Andy eventually found out about his brother’s involvement in Katie’s death, but very few other people know about it.

And he still managed to walk away a free man.

Emmerdale airs Monday, Wednesday and Friday at 7pm on ITV.