Henry Cavill and Millie Bobby Brown return to Netflix with Enola Holmes. The film is getting rave reviews from critics. But those unfamiliar with the premise might be wondering what Enola Holmes is all about, and whether or not it’s worth adding to their Netflix watchlist. 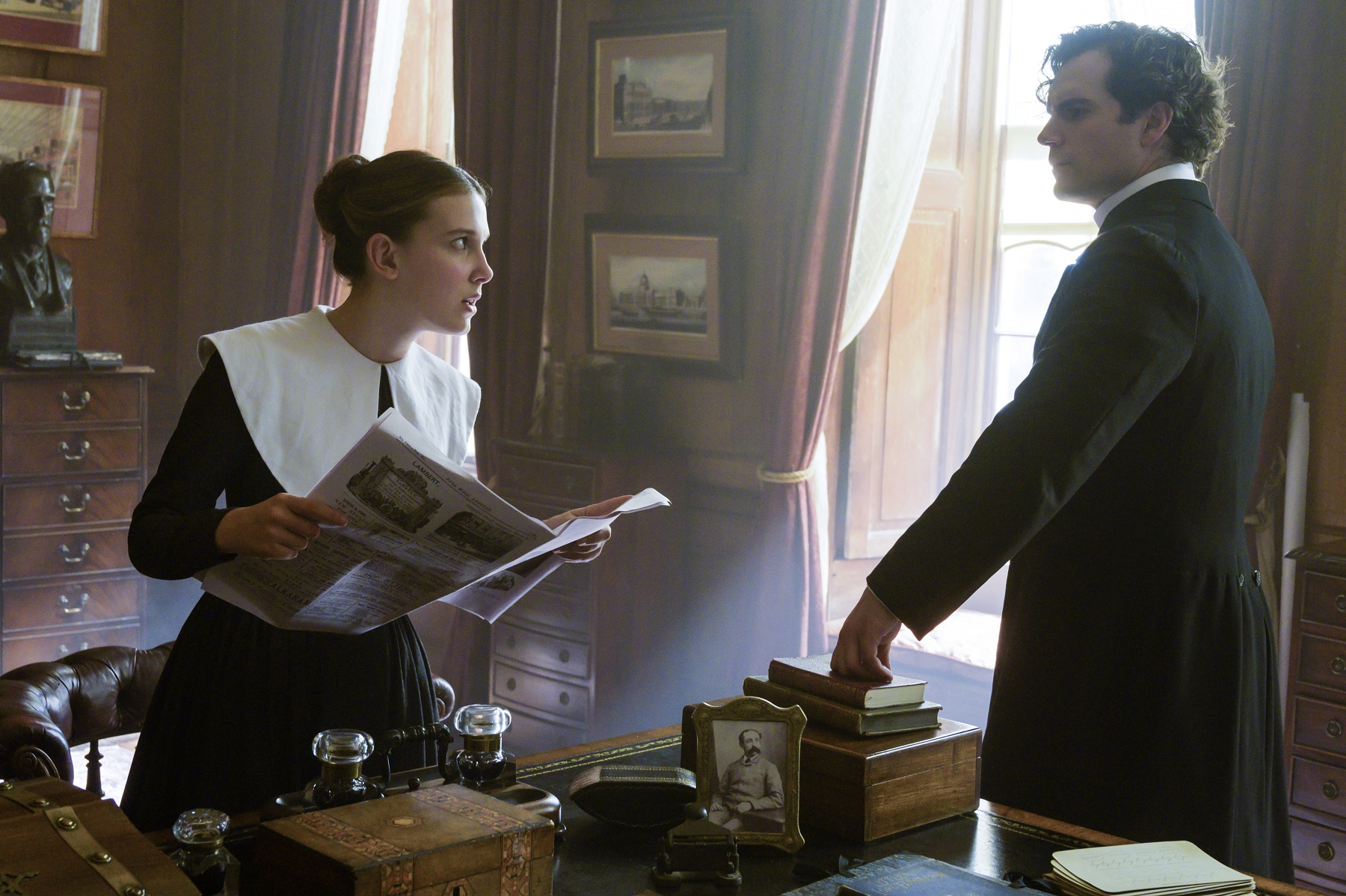 What is ‘Enola Holmes’ about?

Enola Holmes follows 16-year-old Enola (Millie Bobby Brown), a bright teen who is loved and adored by her mother, Eudoria (Helena Bonham Carter). Enola isn’t very close to her older brothers, Sherlock (Henry Cavill) and Mycroft (Sam Claflin).  They overlook her intellectual capabilities, and often dismiss is her as a silly young girl.

So when Eudoria goes missing on Enola’s birthday, Sherlock and Mycroft leave the teen at a finishing school while they leave to find their mother. But Enola knows she’s fully capable of solving the mystery on her own. So she runs away from the boarding school and heads into London to track down leads.

But all the while, Enola must dodge Sherlock and Mycroft. And being a young woman in Victorian-era England, she must cleverly navigate the chauvinistic attitude of the times.

Who is in the cast of ‘Enola Holmes’?

Enola Holmes features a star-studded cast, including Stranger Things star Millie Bobby Brown in the titular role. Man of Steel and The Witcher star, Henry Cavill plays Sherlock Holmes. And Sam Claflin — who is known for his role as Finnick in The Hunger Games series —  portrays Enola’s other brother, Mycroft.

The Netflix film comes from an award-winning director

Enola Holmes comes from two-time Primetime Emmy and Golden Globe-winning director Harry Bradbeer, who is known for his work on shows like Fleabag and Killing Eve. In an interview with Hey U Guys, the filmmaker talked about how excited he was to finally tackle a period film.

“I hadn’t had a go at really messing around with a period drama for a while and certainly not a period adventure, and certainly not a period adventure that could have been a family film,” Bradbeer said. “And so I really liked, from the very first time I turned that first page and I saw this girl on the bike addressing the camera in this very reckless a very particular and confident way, I thought, ‘Well there’s something new.’”

Noting the film’s family-friendly feel, Bradbeer also noted that unlike most young-adult stories, Enola Holmes features a clever young girl at its center.

“There’s something very fresh about it,” Bradbeer continued. “I felt like I was going towards an eccentric feminist adventure that wouldn’t feel like any other family film. One that has a girl at the center, not a boy as it so often is. It was just an amazing place to play in.”

With its star-studded cast and award-winning director, Enola Holmes may just be worth the watch. The Netflix film premieres Sept. 23.