The couple has a 40-year age gap, but seem as happy as any two people could possibly be.

Today, Chris and Robyn appeared on This Morning to talk to Phillip Schofield and Holly Willoughby.

Chris and Robyn met at a strip club in which they both worked – he was a manager while she was a dancer.

“I have to be professional”

And Chris admitted it gets a bit difficult watching Robyn at work now.

He said: “I must admit, there is a little bit of ‘hmm’ – but I have to be professional.

“There’s nothing in it, she’s doing a job, there’s no contact whatsoever. That’s how we met.”

He went on: “We don’t work in the same club now.

“When they found out, they moved her from Hammersmith to the other three, so it’s a lot easier.” 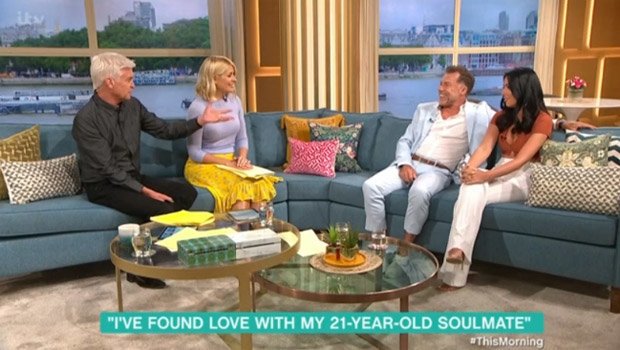 Chris revealed he’s only spoken to Robyn’s mum, who is 38, with Holly and Phil grilling him for not asking Robyn’s dad, 40, for permission.

The former actor admitted: “I’ve spoken to the mum. They all love me, thankfully.”

And the newlyweds-to-be are all for having children, as Robyn had been working as a nanny before becoming a stripper.

Speaking about having babies of their own, Chris laughed: “That’s all she ever talks about, she can’t wait.” 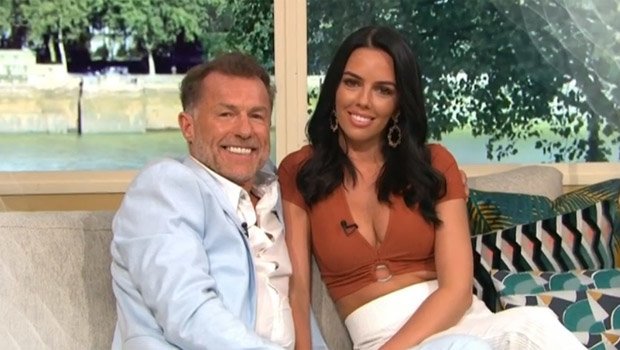 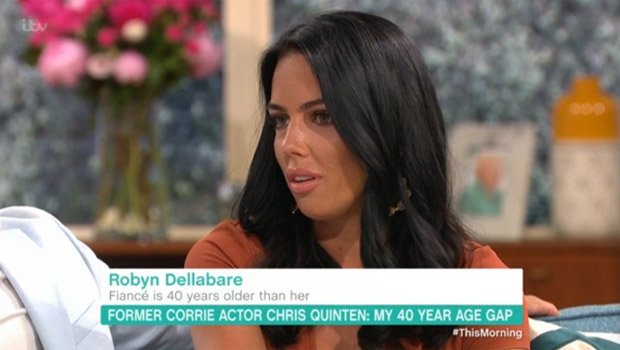 But Holly and Phil asked about the practicality of it, with Chris being 40 years older than Robyn.

The glamorous dancer said: “I do think about it but I kind of just put it aside. I want children with him – when I’m ready, obviously.”

And, speaking of his late friend Peter Stringfellow, Chris said: “He left two children, left his wife with plenty of money and have her his blessing to find love and I would do the same.”

This Morning airs weekdays at 10.30am on ITV.