(Editor’s note: The following review contains spoilers for Season 2 of “Feel Good,” including the ending.)

It’s no secret that comedians are some of the world’s most traumatized people, perhaps rivaled only by queers. Humor as a coping mechanism for trauma is a tale as old as time, and all it takes is a quick glance at any decent comedy lineup to see that the cool queer kids practically rule stand-up these days. It stands to reason that Mae Martin, a queer comedian, would have some funny things to say about trauma. Which, as their fictional agent says in Season 2 of “Feel Good,” Martin’s semi-autobiographical dark romantic comedy on Netflix, is all the rage these days.

Of course, simply being queer and a comedian doesn’t magically confer greatness. Much more important than any label one could foist upon Martin is the fact that they’re both brilliantly funny and courageously honest, a killer combination for explosive, incisive, and compelling television. If Season 1 of “Feel Good” introduced Martin as a sharp wit with a unique perspective, Season 2 marks their glow up into full-blown comedic truth-teller in the vein of Hannah Gadsby or Michaela Coel. The second season of “Feel Good” is fiercely — sometimes frighteningly — brave, complex, and painful, but always damn funny. Heralding the arrival of a truly singular creative force, it’s one of the best queer shows of the year.

The six-episode second season begins following the climactic finale of Season 1, which left Mae (playing a fictionalized version of themself) relapsing into drug use. (The character uses she/her throughout the show, but embraces a non-binary identity in the finale.) Season 2 opens with Mae back home in Toronto, getting dropped off at rehab by their well-meaning but emotionally distant parents, played to odd couple perfection by the great Lisa Kudrow and Adrian Lukis. 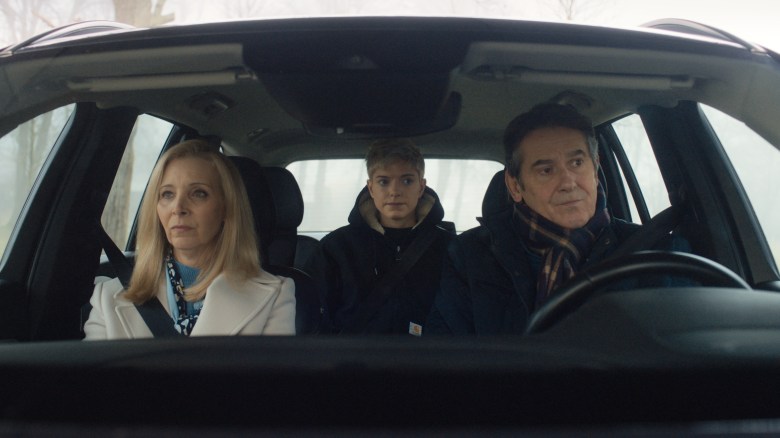 While a longer, more drawn-out version of “Feel Good” (the kind favored by American shows; “Feel Good” first aired on Channel 4 in the UK) would have remained at rehab at least into the second episode, delving deeper into the wacky roommate and tough-love addiction counselor, “Feel Good” opts out of this and packs all of its punches into a concise six episodes. Before the end of the first episode, Mae escapes rehab in a fit of panic into the arms of an old friend named Scott (John Ross Bowie), who triggers something dark in Mae. Out of the frying pan and into the fire.

Back in London, Mae’s English rose George (Charlotte Ritchie) is nursing her heartache with new fling Elliot (Jordan Stephens), a so-called enlightened polyamorous bisexual who fails to see the irony in mansplaining women on emotional maturity and internalized misogyny. Needless to say, it doesn’t take long for Mae to win George back, and the two make fast work of a delightfully ridiculous roleplay montage that involves gender-bending knights and heavily accented plumbers. While not its sole mission, the sex-positivity that permeates “Feel Good” is a huge breath of fresh air. It’s probably the only TV series ever to show queer sex in all of its creativity, style, and playfulness — while still being pretty damn hot.

It seems almost silly to single out the sex when “Feel Good” is navigating so many other issues. In fact, there are so many things “Feel Good” gets right it’s a wonder how seamlessly it all comes together, without a single issue outweighing another. Yes, it’s a dark comedy about one person dealing (or not dealing) with trauma and addiction, but it’s also a tender love story about two people learning how to be together in a healthy way.

Underlining all of this is Mae’s fluctuating relationship to gender, which pops up as a running joke throughout but is ultimately handled with just as much care as any other topic. “OK, so do you think I’m trans?” Mae asks their agent flippantly, as a hilarious marker of the panicked ambivalence that pervades everything in their life. When asked how they identify, Mae answers glibly: “Kinda like an Adam Driver or a Ryan Gosling, I’m still figuring it out.” 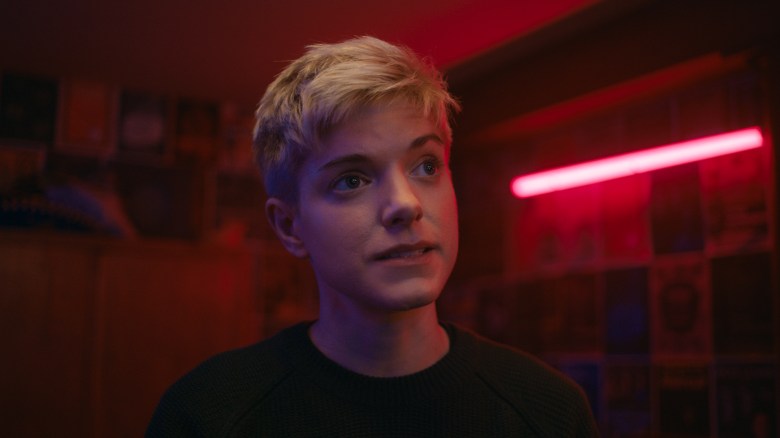 Mae’s silliness pierces through even the most intense moments, breaking the tension with often poetic poignance. After receiving a diagnosis of PTSD, Mae asks the doctor: “Do you think you could just test if I’m full of birds or something?”

“Feel Good” accomplishes so much in its tight six episodes that it’s both a blessing and curse that it leaves the viewer wanting more. Raised in Toronto but living in London, Martin has adopted the British approach to comedy, the best of which embodies the Shakespearean notion that “brevity is the soul of wit.” With such an excess of TV on hand, and decision fatigue so bad it’s tempting to give up on the whole endeavor entirely and just read a book, Martin may be onto something with this jam-packed short season. Besides, it’s so damn good you may want to watch it all over again.