At the age of 20, the French filmmaker Julie Bertuccelli was in a serious car accident. When she thought she might be about to die, the exact thing happened which is traditionally expected under such circumstances: her life flashed before her eyes as she had lived it up to that moment.

These issues are at the heart of her latest film, Claire Darling, loosely based on the novel Faith Bass Darling’s Last Garage Sale, by the American writer Lydia Rutledge, and filmed in the village of Verderone in northern France. 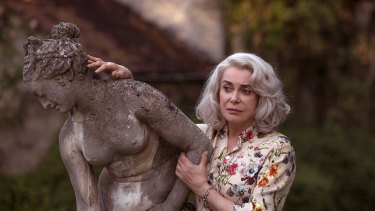 The legendary Catherine Denueve plays the wealthy, reclusive heroine, who decides one morning that her life is coming to an end. To round things off, she decides to organise a sale of her most treasured possessions, some of which have been with her since childhood, such as her collections of stuffed animals and mechanical dolls.

Handling these objects for one last time, she finds herself reliving scenes from her past, in between tackling some of the difficulties that face her in the present — such as her tense relationship with her adult daughter, played by Deneuve’s actual daughter Chiara Mastroianni.

It’s a metaphor of our life, of our fear to die.

This was a very personal film, Bertuccelli says, both for herself and for her stars. Many details in the script came from her own life — and many of the treasured objects shown on screen either belonged to her or resembled objects she remembered growing up with. She approached production design in the same way: “I showed the set decorator some photos of my childhood, of the house of my grandmother.”

As for the casting of Denueve and Mastroianni, Bertuccelli says she didn’t have them in mind when writing the script, but in shooting was always conscious of the parallels between their roles and real life. “When you make a feature film, you’re always making a documentary about actors, because you film them as they are,” she says. “I love to play on that line between reality and fiction.”

That said, she adds that the offscreen relationship between Deneuve and Mastroianni is much less fraught than the mother-daughter relationship in the film, and that everything remained on a strictly professional basis. “It would have been cumbersome to deal with their own family relationship. I want to be free to ask them things without having to think whether it relates to their own experience or not.”

In any case, many of the themes in the film are universal: time, memory, family relationships, the reluctance to accept death. For Bertuccelli, all of this is encapsulated in the idea of Claire as a collector. “When you make a collection, the psychoanalysts say it’s a fear of death — you always have another one to find, and so it never ends.”

In selling off her collections, Claire is letting go in a broader sense, accepting that the world will continue when she is gone. “It’s a metaphor of our life, of our fear to die.”

In the novel, the main character has dementia, but in the film it’s not clear how far Claire might be feigning this to manipulate those around her. In any case, Bertuccelli says she was less interested in this subject specifically than in finding a fluid way of mingling reality, memory and dream.

One of the film’s distinctive stylistic features is its way of handling flashbacks, with individual scenes sometimes incorporating unexpected shifts from present to past. Again, Bertuccelli says this comes directly from her own experience. “In life I never remember things by closing my eyes and thinking about the scene, like when we see flashbacks in film.”

Rather, she remembers with her eyes open, looking at the place in front of her and superimposing events which have occurred there in the past. “Everything is mixed with my present.” 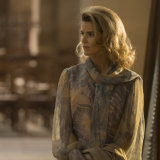 Memory factors into Claire Darling in another sense. For anyone who knows French cinema, it’s impossible to look at Deneuve today without picturing many of her previous roles, going back to 1960s classics such as Belle de Jour.

Bertuccelli says that one of the biggest challenges on the film was to cast the actor, Alice Taglioni, who plays the younger version of Claire — and who is called on to match up not just with the present-day Deneuve, but with the image of the younger Deneuve viewers carry in their minds.

Having herself grown up watching Deneuve movies, Bertuccelli admits that the prospect of working with Deneuve was an intimidating one: “At the beginning I was very shy.” But gradually she realised that Deneuve could be shy as well, that as artistic collaborators they had something in common.

“I can be myself in front of her, because she’s herself too,” Bertuccelli says of Deneuve. “She’s very excited, also, to take risks, to do something that she didn’t do before. She can accept white hair, she can accept everything.”

The one proviso is that there has to be a strong motivation in the script. “She will not be naked without a reason.”

But if there is a reason, then she might be? “Yeah, maybe, maybe,” says Bertuccelli, who hopes to work with Deneuve again. “Everything is possible for her.”