Gilmore Girls may have ended its run back in 2007, but it’s still in the hearts and minds of many fans. That’s one of the reasons why Gilmore Girls: A Year in the Life debuted on Netflix in 2016. Fans are still clamoring for more of Lorelai, Rory, Luke, Jess, and all their favorites. 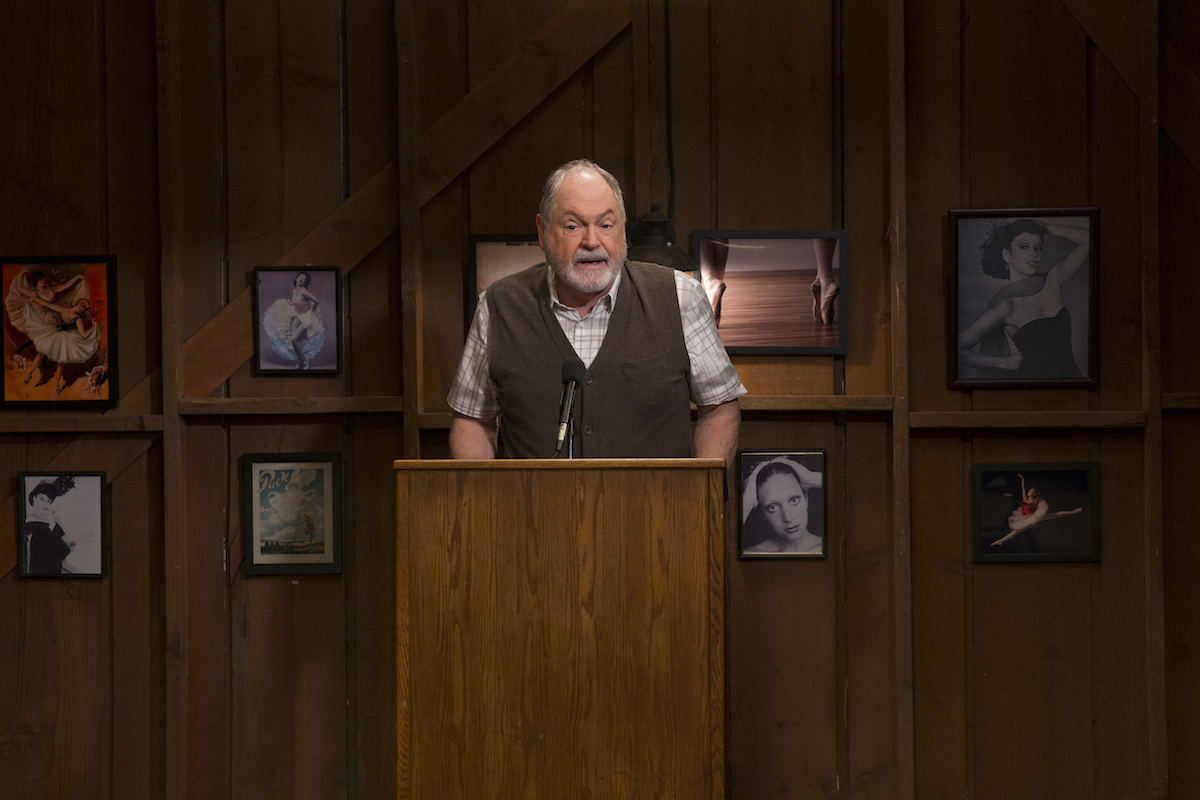 Some of the longest scenes in the show involved the town meetings. Taylor Doose, played by Michael Winters, ran those meetings, which already meant they would be long-winded since he had an opinion on everything.

Various other citizens of Stars Hollow voiced their opinions on the matters at hand as well and often bickered back and forth about how to handle the topic of discussion. Sally Struthers, who played Babette Dell, said she even had to invent a game just to get through them.

The actors of Gilmore Girls would sometimes begin filming the town meeting scenes around 7 am. It would take until 10 pm to get them finished.

With so many side conversations to focus on between Lorelai and Rory, Lorelai and Luke, Lorelai and Sookie, Rory and Lane, or anyone else, and then the meeting itself, flashing from one character to the next — it’s no surprise why these scenes would take all day to shoot.

Struthers decided to create a quick game to help keep herself and some co-stars busy while some of the others had the camera’s focus. According to Teen Vogue, she would have them guess what was in her purse that day, seeing if they could correctly determine which belongings she kept inside.

It wasn’t the world’s most fun game, but it would help keep some of them busy for a bit. She even had a dog license made for her pet to keep them entertained.

What other cast members have said about the town hall scenes

The quirky Babette actor wasn’t the only one to speak up about the longevity of these scenes. Patterson, who played the grumpy but lovable Luke Danes, said shooting the scenes was horrible. However, he enjoyed watching Winters lead the charge as Taylor.

He often had long-winded speeches that had to be memorized. Patterson talked about how talented of an actor Winters was, getting those speeches perfect no matter if he had to say them 50 different times while filming. Both off and on camera, the man was a genius.

Gilmore Girls town meeting scenes were some of the funniest

Though every fan will have a different opinion on their favorite and funniest town meeting scenes, many agree that Taylor’s late-night emergency meeting was a good one. He called in via a computer screen to tell the town he wouldn’t be able to handle that year’s Winter Carnival and someone had to take over. Kirk was appointed.

The Cart, Kiosk, Cart/Kiosk meeting was also a funny one. Not only does Lorelai continue to make jokes, but the repetition of the cart/kiosk concern against a competing produce stand to Taylor’s store also provided a good chuckle. Add in the town troubadour’s song about Taylor leaving him twisting, and it makes for a delightful scene.

Town meeting scenes aside, there were also some other fun goings-on during filming. Kirk, played by Sean Gunn, had a slew of jobs and side gigs throughout the show. Being in charge of the egg hunt one year, he realized he never made a list to find them all. Now, the town has a rotting egg problem.

Gunn said his favorite job throughout Gilmore Girls, however, was getting to be the sports announcer at a hockey game. He always wanted to do it in real life.