Those who tuned into Good Morning Britain around 7am today were delivered a shock when they saw Tony Blair’s former spokesman Alistair Campbell and John Bercow – who admitted to voting for Sadiq Khan in the recent London Mayor elections – go head to head with Susanna Reid as they discussed previous and present Prime Ministers. The presenters and guest were debating the allegations Boris Johnson had lied to Parliament, but viewers claimed – despite Reid trying her best to offer the other side of the argument – there was a lack of impartiality, with some accusing the ITV show of being biased towards the left on the political spectrum.

Bercow began: “I served in the House of Commons alongside five Prime Ministers, four during my tenure as speaker – Tony Blair, Gordon Brown, David Cameron, Teresa May and Boris Johnson.

“None of the four preceding Boris Johnson was in my judgement guilty of deliberately misleading the House of Commons.”

Interjecting, Reid said: “Sorry, I just need to interrupt because people will be screaming what about Alastair, when Tony Blair told us about the reasons for going into war in Iraq and those turned out not to be the case.

“People will assume that there are things said in Parliament or politicians that every often turn out not to be true.”

“Hold on Susanna,” Campbell added. “Let me answer it, six inquiries none have found him or for that matter me and as you know, this is my point about this whole lying business, we get attacked over lies that were not told 18 years on. 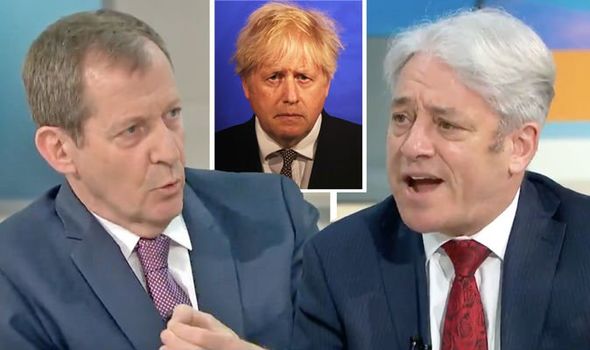 “This guy can say something that’s untrue in Parliament a week ago and it’s already forgotten.”

“What is it that you are saying Boris Johnson in Parliament?” Reid questions and Bercow muttered: “How long have you got?”

“I think, for example,” Campbell began and then handed over the baton to Bercow: “John, why don’t you, John’s the guest, why don’t you just go through—”

Bercow continued: “I can give you a number of examples, it is simply, factually wrong for Prime Ministers to say the economy, under this Conservative government has grown by 73 percent, the figure is in fact 20 percent.

“It is wrong and provably so, for him to say there are 400,000 fewer families living in poverty – nobody recognises that statistic.

“It’s wrong to say the government is going to reintroduce the nurse’s bursary – that simply isn’t the case!”

Reid chimed in: “But the Prime Minister doesn’t stand up in Parliament by himself, there’s an opposition there, an opposition that you have just voted for. Surely, it is the role of the opposition -” 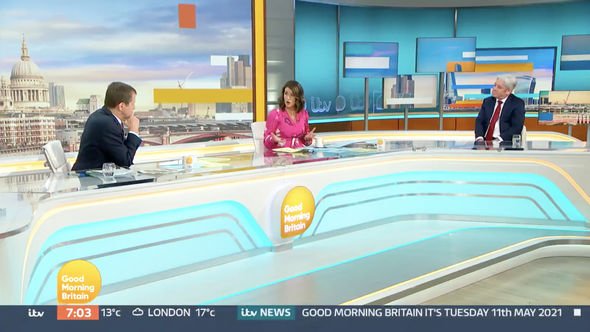 “Except that firstly, saying it in Parliament in front of a leader of the opposition, why isn’t the opposition doing its job, holding the government to account?” Reid continued.

Bercow replied: “I think the opposition is trying to do so, but in the end, but I’m sure you’re keenly aware, Susanna, the Prime Minister has the last at Prime Minister’s Questions and in responding to interrogation when he delivers statements to the House.

“So there are very severe limits on what leaders of the opposition or others can do. The issue is whether in this new age, where there is a disregard for truth and accuracy, what is needed is to reinvigorate the House by adding to and replenishing, the powers of the Chair.” 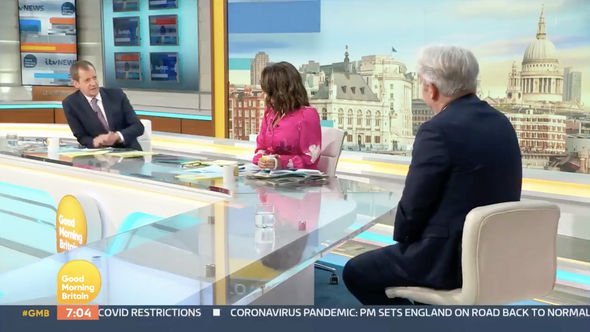 Towards the end of the debate, Reid said: “Two people arguing that he’s [Johnson] is a liar, I am speaking for someone who isn’t here [to defend himself]. I feel like I’m in a Tony Blair sandwich!”

Reid and Campbell did, however, reiterate their invite to Johnson to appear on the show and answer their questions.

Those watching at home, however, were unimpressed with the debate and took to Twitter to complain.

“Campbell and Bercow. #GMB is spoiling us. Also, how on earth can GMB expect impartial presenting from a Labour activist. They will surely lose viewers because of this,” one tweet read.

Another added: “Lefties Bercow and Campbell running … what the hell has happened to this programme ?@GMB #GMB.”

“@GMB is this ITV or lefty TV? Are we going to listen to Campbell slagging off Boris all week as if everything he is saying is fact with no counter argument? #GMB,” someone asked.

One remarked: “#gmb That was a bad advert for the Labour Party.”

“GMB really needs to renamed Good Morning Lefties, the lack of any kind of impartiality is spectacular,” another tweet read.

Someone else wrote: “So this is now the GMB format ? New (Labour) anchor joins with Labour “guest” to slag off the government – with no right of reply. Very well balanced …. not.”