Tonight’s edition of Gogglebox saw the families tune in to Peaky Blinders, EastEnders and even the news. As they heard the latest Brexit developments, Mary Killen and Giles Wood argued over their political stances.

Watching the news and hearing how Boris Johnson wanted to suspend Parliament, Mary exclaimed: “This is a terrible situation.

“No one can solve it,” she continued as Giles turned to her in surprise.

“In the last week, you’ve turned into a Brexiteer,” he remarked. “Admit it.”

Mary shook her head as she clarified: “I’ve turned into a No Deal Brexiteer.” 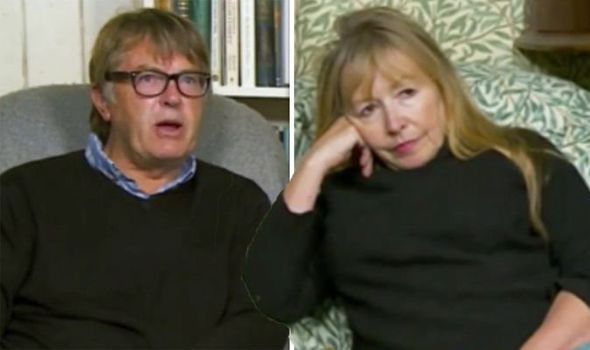 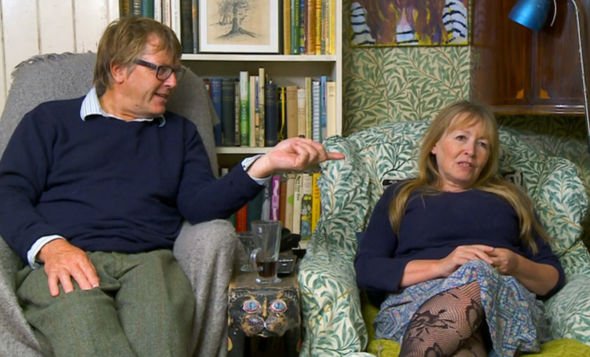 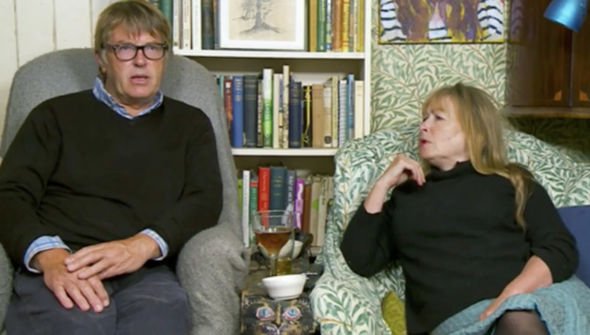 Exhausted, Mary sighed: “So, I don’t know what, we’ll all just have to die.”

Her very unexpected response on how to solve Brexit left many of those tuning in in hysterics.

Another added: “#GoggleboxFriday #Gogglebox Mary looking on the bright side again ‘we’ll all just have to die!’”

It wasn’t the only moment that Giles and Mary entertained viewers at home.

Earlier on in the show, Mary was seen scolding Giles over his use of foul language as they watched an episode of First Dates Hotel.

The instalment saw Paul Cattermole from S Club 7 trying to slowly reveal his identity to his date.

And Giles wasn’t impressed as he exclaimed: “Look, I think what he needs to say is ‘This is bulls**t.’

“It’s not swearing, everyone uses that word,” Giles said trying to defend himself but Mary wasn’t happy.

“Well I don’t want you to use it in a ladies chamber,” she protested.

Giles continued to tease her, asking: “Can I say cut the cr*p?” but Mary hit back: “No, I don’t want any sewage words.”