News broke earlier today that Sherif Lanre had been ejected from the Love Island villa.

A Love Island spokesperson said: “After breaking the villa rules Sherif had conversations with the producers and it was mutually agreed that he would leave the Love Island villa.”

In his own statement, the 20-year-old said: “In a case of poor judgement, I broke the villa rules and as a result agreed with the producers that it was best for me to leave the villa.

“I regret that I didn’t conduct myself in the right way and, as a 20 year old guy, it’s something I know I will take on board and learn from.

“I really enjoyed my time in the villa and look forward to catching up with everyone on the outside.”

But fans are taking to Twitter to guess what the reason behind his exit could be.

And some of the reasons are hilarious.

One joked: “Sherif has been kicked out of Love Island for s***ting in the pool!”

Another suggested: “Sherif has been kicked out for breaking the rules – apparently he ate some carbs.” 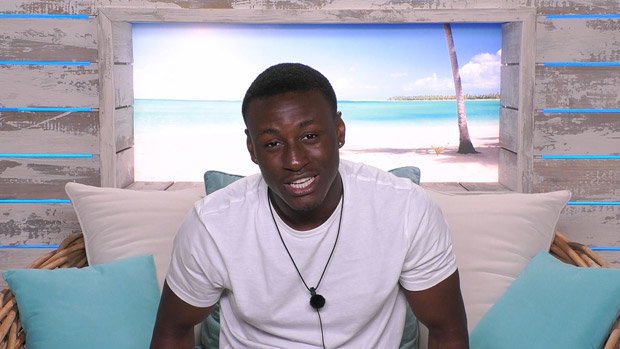 A third laughed: “Sherif kicked out of the Love Island villa for trying to follow Anna on Instagram before she found out he was lying.”

In fact, there were a number of fans with phone-related theories.

As a second speculated: “Sherif has been kicked out the villa for smuggling a mobile phone in and was caught unfollowing and following Anna on Instagram.”

Another theory reads: “Sherif kicked out of the villa for lying about his age. Producers discovered he was actually 35, not 20 as he’d originally claimed.”

While somebody else said: “The rule he broke was coming into the villa without a trim.”

ITV is yet to comment on the exact reason why Sherif has been removed, if they ever do.

In the second series, Malia Arkia was removed after shoving Kady McDermott.