He’d been sent to prison for attacking Dom Copeland (David Ames), while Dom has since found happiness with Ben “Lofty” Chiltern (Lee Mead).

Their relationship was recently left in doubt when Dom discovered Lofty had cheated on him.

But could he be about to do it again – and with Isaac, no less?

“I need to do this until I know it’s done”

Tonight’s episode saw Isaac worrying about his dad as the old man’s cancer continued to make his health worse.

Dom and Lofty kept butting heads about helping Isaac’s dad, instead of letting someone else deal with it.

But Dom was adamant he could handle it, telling Lofty: “I need to do this until I know it’s done.”

Later, Isaac was quizzing Lofty about his relationship history, shocked to find out that Dom is his first boyfriend.

Dom went on to warn Lofty about Isaac’s ways, telling him Isaac had complimented him without him even realising.

Could Isaac be planning to seduce Lofty in the ultimate act of revenge against Dom? 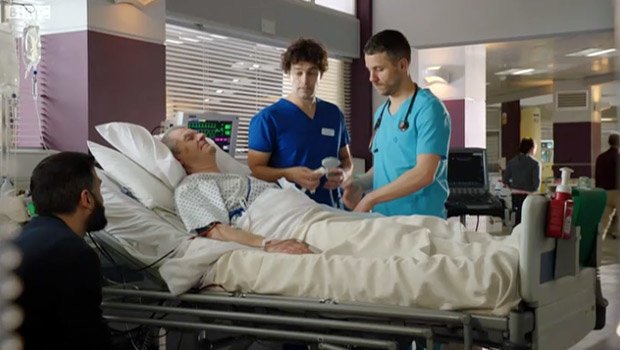 Isaac seemed to be trying to frame Dom for not acting in his father’s best interest, while continuing to put a wedge between Dom and Lofty.

Will Isaac get the last laugh or will Dom convince Lofty that he’s still no good?

Dom asked Lofty to go for a drink so they could spend some time together, but Lofty took it the wrong way, causing them to argue on the ward.

Isaac eventually revealed to Lofty that Dom had gone to him after the cheating bombshell came out. 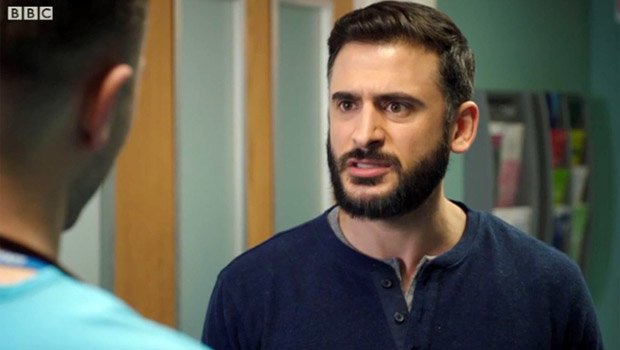 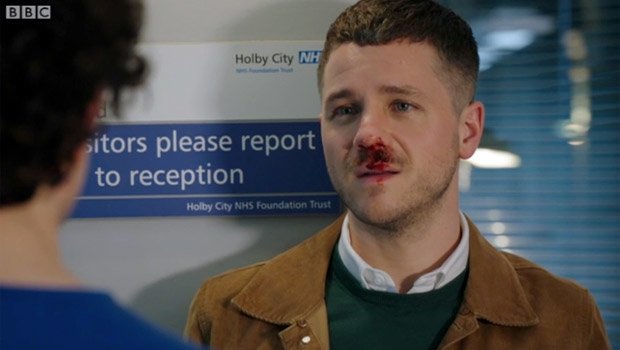 The bad lad tried to advise Lofty on how to deal with his and Dom’s issues, with Dom walking in on them looking very close.

Things majorly escalated and Lofty ended up punching Lofty in the face.

Is there any coming back from this?

Holby City continues Tuesdays at 8pm on BBC One.