But enjoying a low-key curry at a typical Birmingham Indian restaurant this week and greeting fans while striding through a nearby shopping centre, the once untouchable A-lister has transformed into someone dramatically more ordinary. 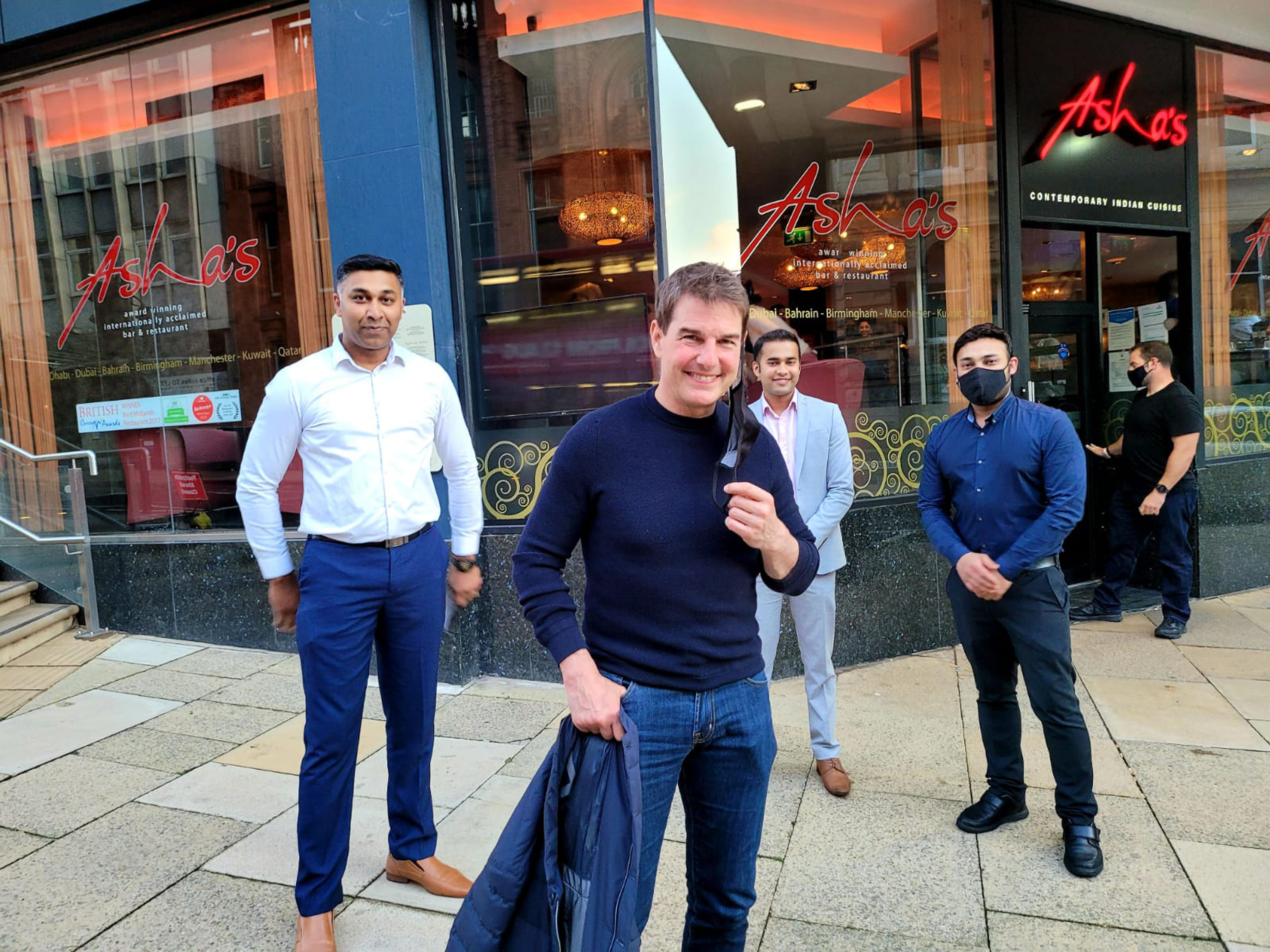 With his chiselled good looks and a string of glamorous celebrity relationships, the New York-born actor stormed to box office success in the Eighties before cementing himself as the most powerful — and best paid — Hollywood star for a generation.

But despite his almost unrivalled connections in Los Angeles, Tom’s life has taken an unexpectedly down-to-earth turn after he became settled in the UK, telling friends he now plans to stay for the foreseeable future after falling in love with life in England.

And perhaps even more of a reason for staying put than a new fondness for our restaurants and sports is his increasingly serious bond with his glamorous British co-star in new film Mission: Impossible 7, Hayley Atwell — who insiders say has “captivated” and “totally changed” him.

Now, while 59-year-old Tom remains one of the big screen’s most bankable stars, his tastes for the glamour of Tinseltown appear to have been replaced by a simpler new life — trading the sunshine of a Beverly Hills mansion and a Florida penthouse for a timber-framed pile in a leafy enclave of Kent.

The house, in a quiet gated community of super-rich residents, is set in 140 acres of stunning rural parkland near Biggin Hill airport — handy for quick access to Tom’s private jet and helicopter.

He and his neighbours can enjoy access to lakes and woods, while homes in the complex feature swimming pools, tennis courts, gymnasiums and bars and can change hands for £10million or more.

And though he was once intensely reclusive, Tom now appears increasingly happy to be seen settling into his new British lifestyle, posing for pictures and attending major events including England’s performance at the Euro 2020 final at Wembley with pal David Beckham, and the Wimbledon Championships — the latter with Hayley by his side as the glamorous pair joined VIPs in the All England Club’s royal box.

But even away from the spotlight, Tom’s passion for low-key pursuits — albeit in A-list style thanks to his reported £600million fortune — shows a marked shift from his former life behind high walls in secure compounds and shrouded in secrecy.

Instead, last month he chose to spend his summer holiday on the Cornish coast, mooring his superyacht near the picturesque towns of St Ives and Penzance, where he is understood to have enjoyed time paddleboarding and checking out the scenery.

On Saturday night, staff at Birmingham restaurant Asha’s proudly posed with the star after he unexpectedly arrived and ordered a chicken tikka masala dish — which he is said to have enjoyed so much he ordered a second portion immediately afterwards.

The next day he astonished a family in nearby Warwickshire after they had agreed to allow a mysterious “VIP” to land his helicopter in their garden following an unexpected closure at nearby Coventry airfield.

Tom then flew in, and posed for pictures with mum Alison Webb and her family in the back garden of their home in the village of Baginton, before taking her young children for a ride in his chopper.

Alison said later: “I thought it would be kind of cool for the kids to see the helicopter land in the garden. Then Tom Cruise got out and it was like, ‘Wow’.

He went straight over to the children for a chat, then came over and elbow-bumped us and said, ‘Thank you very much’, and said if the kids would like, they could go up in the helicopter.”

And actor and TV host James Corden — who splits his time between home in the UK and telly work in Los Angeles — revealed yesterday that he and Tom have struck up a friendship, with Tom recently messaging him to ask a very unusual favour.

He just seems to love being in Britain.

The talk show presenter said: “This summer, me and Tom Cruise were texting about meeting up in London.

“He sent me a text saying, ‘Where abouts are you staying?’ And I said, ‘I’m staying in St John’s Wood’, which is pretty central in London.

“He said, ‘Cool, can I land my helicopter there?’ And I just presumed he was joking."

But James went on to reveal that the all-action film star was not joking, and added: “He put, ‘Can I land my heli in your yard?’ I sent back four crying emojis because who can land a helicopter in a yard? And he put, ‘Does that mean no?’.”

Tom is also understood to have developed a fondness for British pursuits, hosting an England-themed 59th birthday party at his new home last month amid England’s triumphant run to the final of Euro 2020, and he has also installed a dart board at the property.

And film insiders say his interest in all things British is far from a passing novelty. He has already committed to at least two more years in the UK, where he will film the next blockbuster in the Mission: Impossible franchise and carry out promotional work for his hotly anticipated Top Gun sequel, Maverick.

The move comes after he sold his Beverly Hills mansion for a hefty £39million, and he has barely been seen at a penthouse apartment in Clearwater, Florida, that he bought around four years ago.

A source said: “The transformation has been astonishing. He just seems to have totally changed his mindset lately.

“Everything is quite low-key, at least by his A-list standards, and he just seems to love being in Britain.

“There’s nothing he isn’t up for doing. It wouldn’t be a surprise to see him just walking around his local supermarket, the way things are going.

“Everyone thinks Hayley might be a big factor in the change, but only he knows what is driving him to want to stay so long. It’s like he’s an honorary Brit.”

The Sun first revealed the couple’s closeness on set earlier in the film’s production schedule, and they have since been seen together regularly between shoots, looking relaxed and happy.

Tom is no stranger to the UK, having previously owned a home near Saint Hill Manor in East Grinstead, West Sussex — the UK headquarters of the Church of Scientology, which counts Tom as a follower.

But earlier this year it emerged he had become increasingly distant from the controversial organisation, and has not been seen at the complex despite previously staying at the site and bankrolling major refurbishments.

No apologies. You can tell it to the people that are losing their f***ing homes because our industry is shut down.

His daughter, Bella, 29, who he adopted with ex-wife Nicole Kidman, also lives nearby with her British husband Max Parker at a modest home in Croydon, just a few miles from his new pad.

But Tom’s time in the UK has not been without controversy — last December a string of challenges while shooting scenes for the film prompted a major meltdown directed at the crew.

In a recording of the star berating staffers for their failure to comply with Covid rules on set, where positive test results had already caused multiple delays, Tom can be heard raging: “If I see you do it again, you’re f***ing gone.

“They’re back there in Hollywood making movies right now because of us. We are creating thousands of jobs, you motherf***ers.

“That’s it. No apologies. You can tell it to the people that are losing their f***ing homes because our industry is shut down.

“We are not shutting this f***ing movie down. Is it understood? If I see it again, you’re f***ing gone.”

The incident saw five production crew quit, but Tom later stood by his words and won praise from the industry for his determination to keep producing big-budget films despite the challenges of Covid.

Acknowledging his outburst, he later commented: “I said what I said,” adding: “And here we are, continuing to film.” 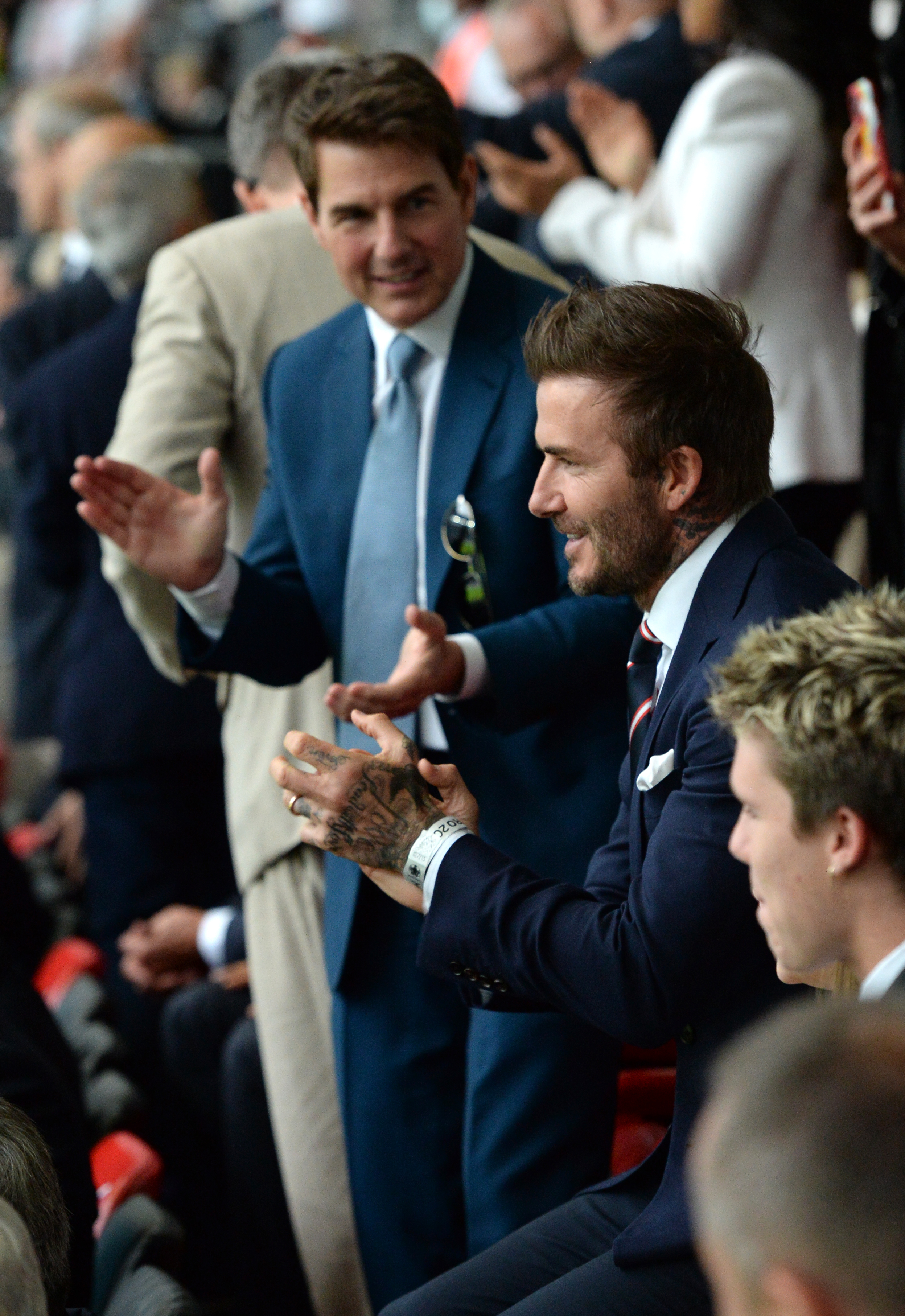 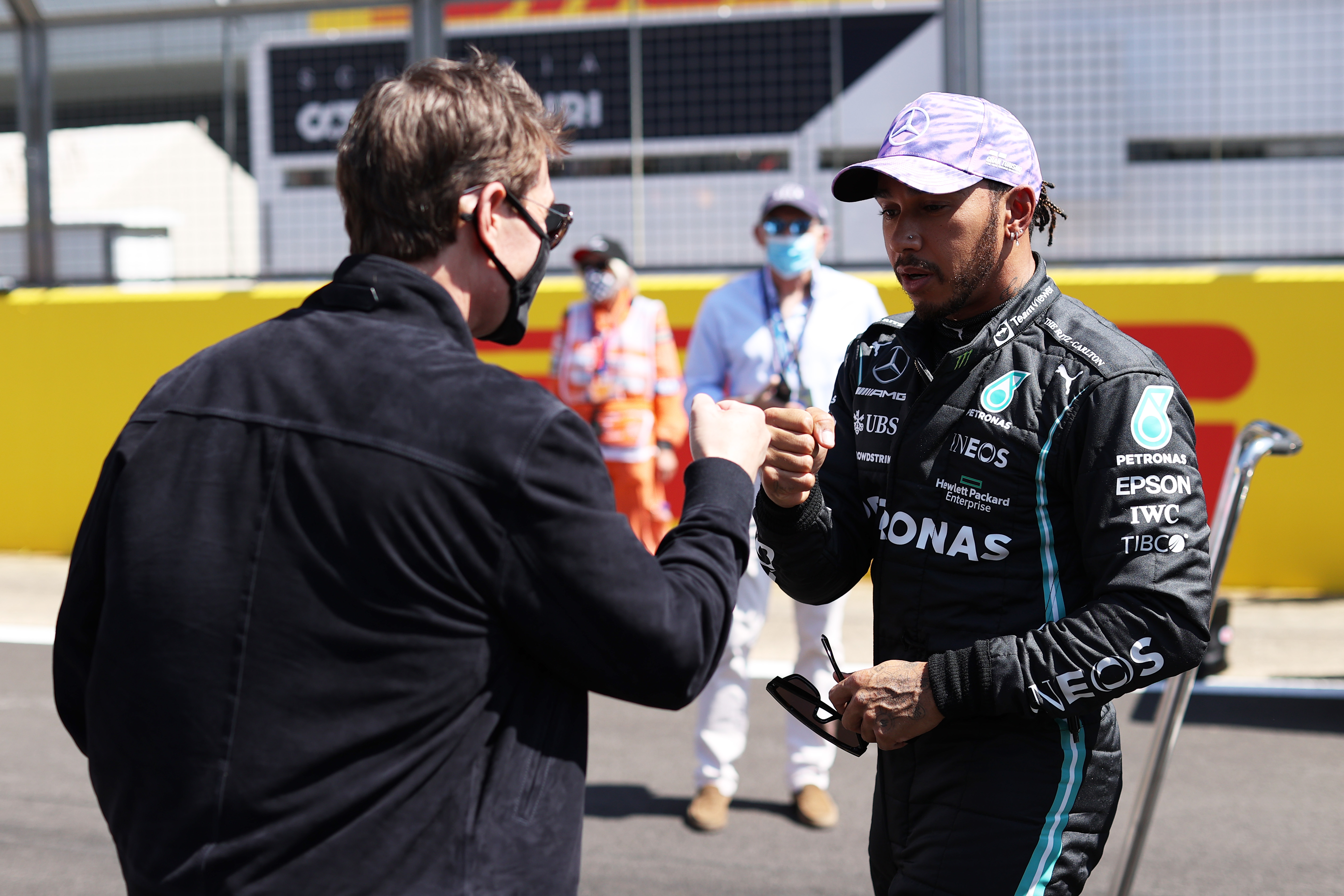 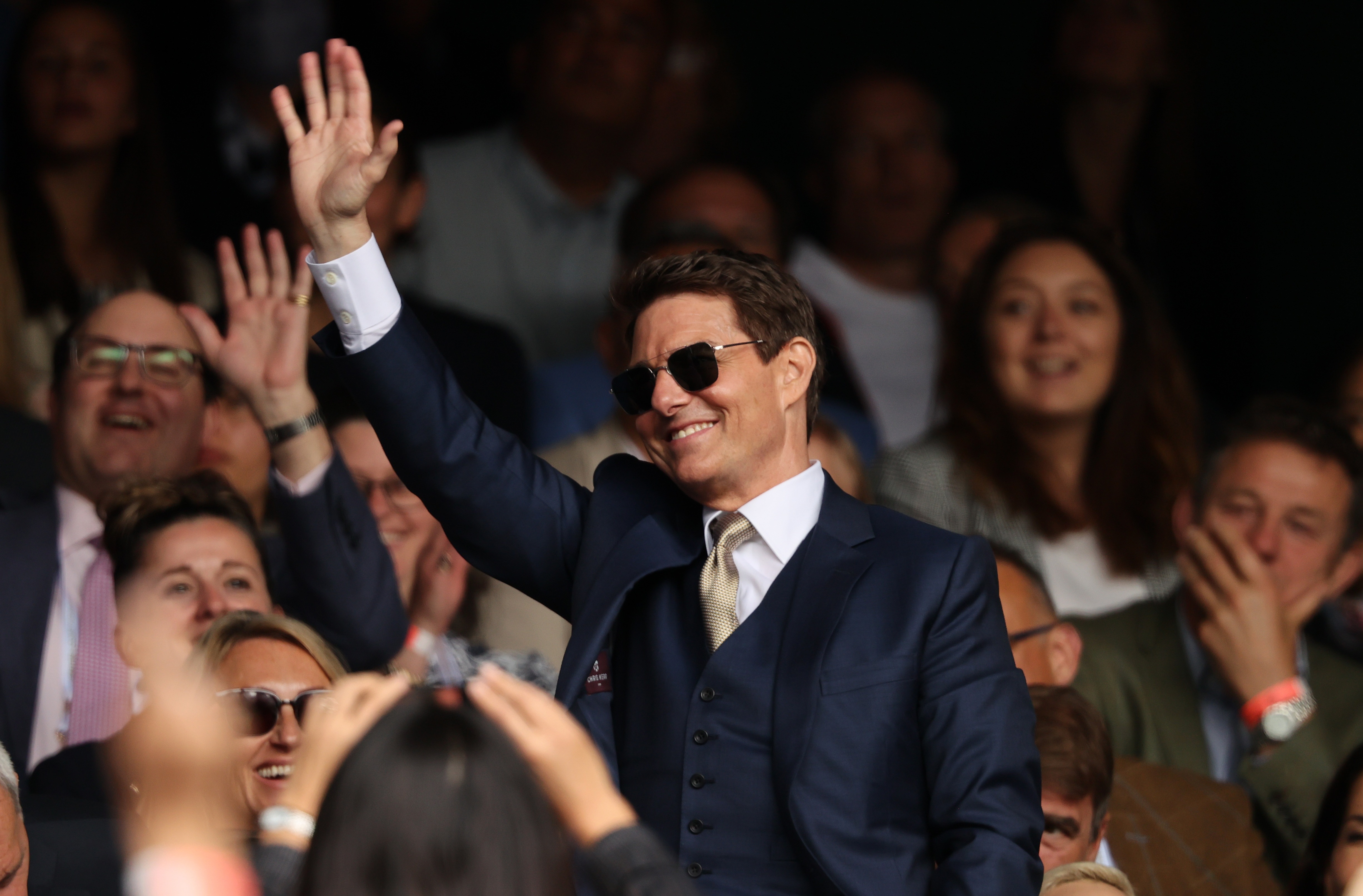 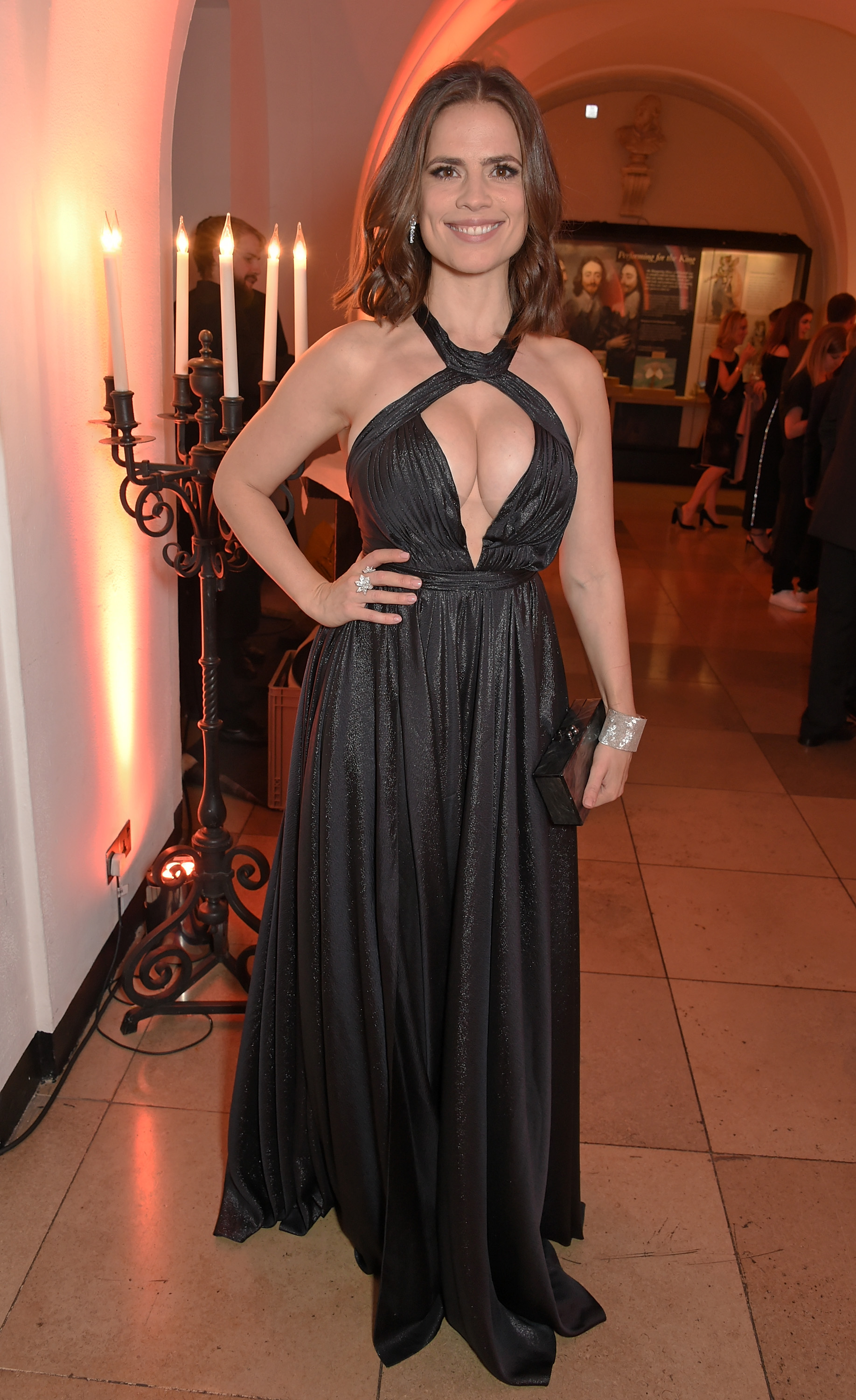 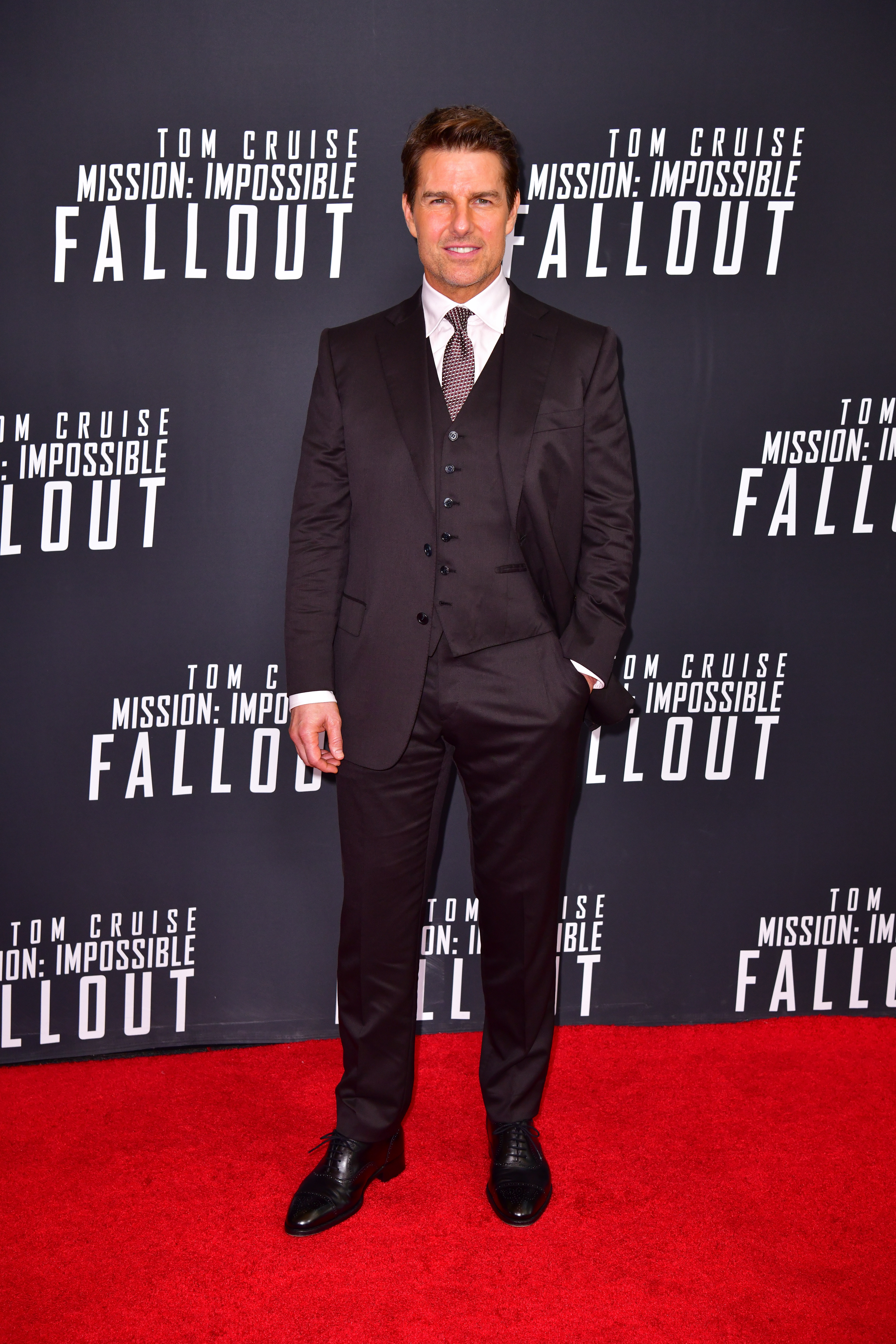