Now, speaking for the first time, the cop who investigated him reveals how the TV star operated like a terrorist in order to get away with sexually abusing children for decades. 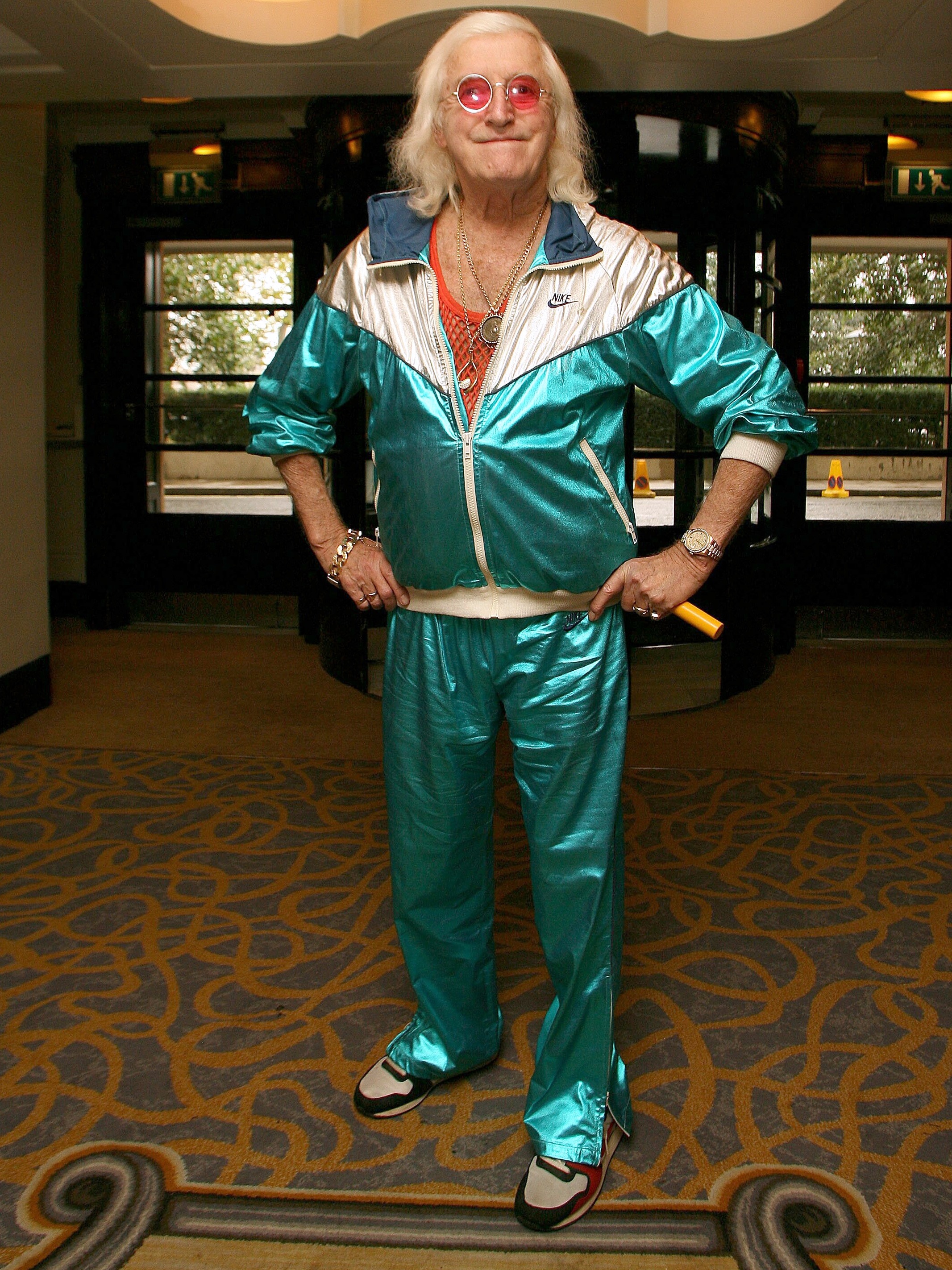 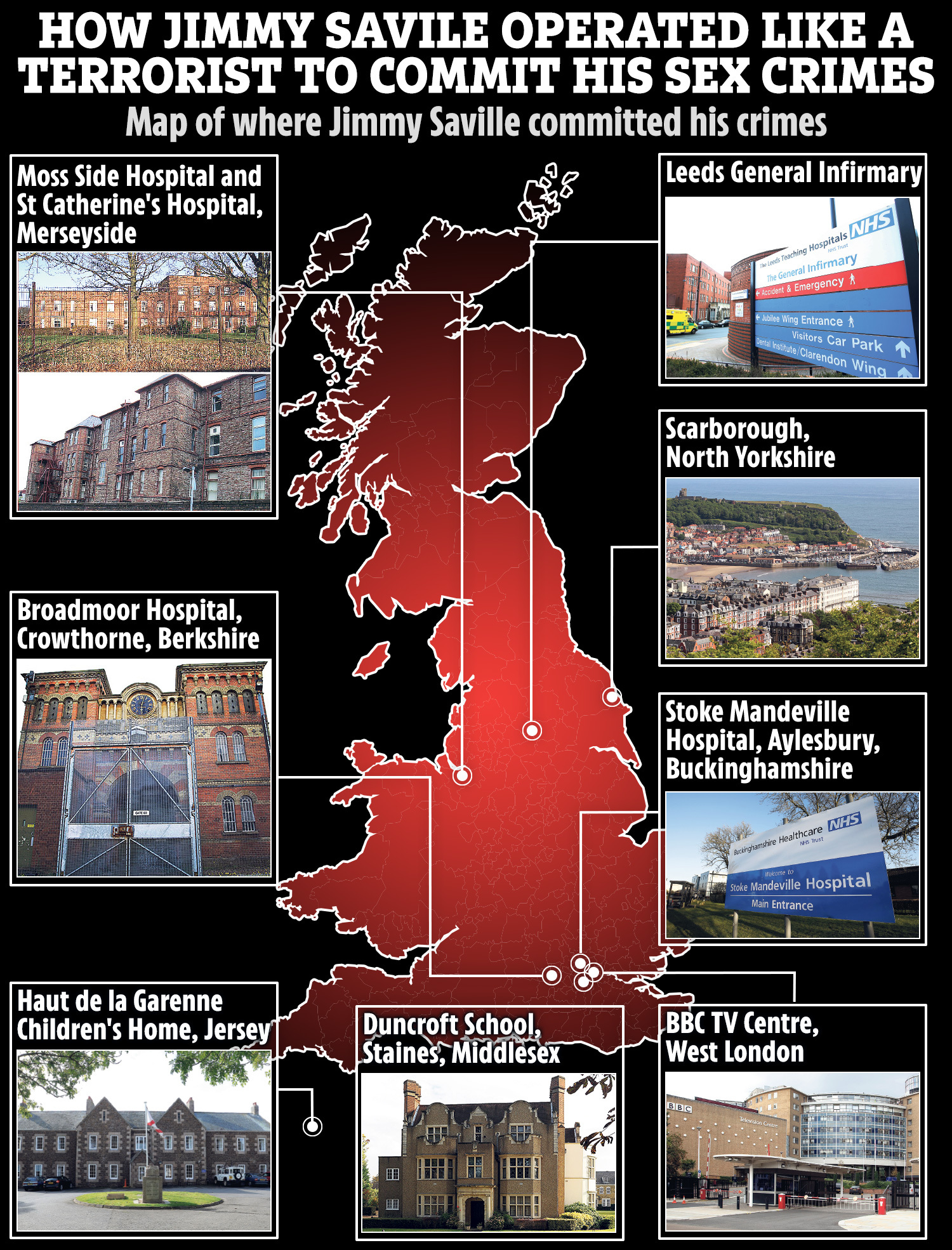 Det Sgt Gary Pankhurst from Operation Yewtree, which was set up to investigate Savile, said: “There were pockets of offences in many different parts of the country, and they weren’t connected.

“It would be Leeds General Infirmary, or at the BBC, or up in Scotland, or he’d be over at Scarborough.

“Each of these elements of his life were separate circles that didn’t intersect, rather like terrorist cells in which you don’t provide all your information to more than one. That was the way he ran his life.”

The detective gives his verdict on the psychopath in Savile: Portrait Of A Predator, an ITV documentary that airs tomorrow night.

He explains how Savile had a number of bases including a plush flat in his home city of Leeds, an apartment in Scarborough, North Yorks, and a cottage in Glencoe in the Scottish Highlands.

Gary said: “It allowed him to be in places where he could disappear. He was just somebody who was very difficult to keep track of.

“One tactic was not to get too close to anybody, not to be in the same place for too long, not to have relationships with anybody.

“Somebody is going to say something. The only secret is the one you don’t tell anybody. As soon as you share information, you’ve got a weakness.”

Tomorrow night’s documentary takes a fresh look at the sickening story of Savile who, from 1955 up to his death in 2011, had sexually abused at least 72 people, raping eight including an eight-year-old.

A total of 450 claims of abuse and rape were made to 13 police forces — but with the passing of time and Savile’s death, not all of them could be proved.

He got away with many incidents by gaining the trust of bosses at Stoke Mandeville Hospital in Buckinghamshire, Leeds General Infirmary and Broadmoor Hospital in Berkshire.

After launching his career in music in the north of England and becoming a Radio 1 DJ, he went on to front his best-known shows, including Top Of The Pops and Jim’ll Fix It, at BBC Television Centre.

It was here that he gained the confidence and a location to carry out most of his crimes.

Gary said: “When he was at the BBC, it seemed to accelerate his abuse. It gave him a layer of legitimacy because the BBC was part of the Establishment, whereas before he had been on the periphery when he was working for pirate radio.

“There was very ready and regular access to young people there in a way that appears to have been, if I’m being generous, lightly regulated, with very little safeguarding or protection of young people at that time.

“If you look at it in the cold light of day, sexual assaults were taking place on BBC premises, some of which were witnessed.

“But where complaints were made, they were not dealt with appropriately and this clearly went on for a number of years. That suggests that there were real problems with the management.

“Jimmy was box office. He was ubiquitous at that time. He was on the radio. He was on television. He was fronting campaigns.

“So you could see that even right at the very beginning, it would have been a real problem if the BBC had had to get rid of him.”

After an official review was held into Savile’s crimes, recriminations naturally started to fly over the organisations — particularly the BBC — who’d given him access to young people for decades.

But for Gary, the blame fell squarely at the feet of a man who was one of the most cunning yet brazen paedophiles he had come across in his lengthy police career.

In one chilling recollection, Gary discusses a man who revealed how Savile would stalk the streets on northern English towns and cities with a Rolls-Royce looking for child victims.

Gary said: “I’ve heard many, many tales of abuse over the years.

“But I’ll never forget a statement that I read from what had been a little boy who described what happened when Savile would come around.

“If the kids were playing in the street, they would just bomb burst because they’d been told by the mothers if the Roller turns up, you come in straight away.

“This lad had been caught out and he’d run and hidden. And then he gets this whiff of cigar smoke and realises that he’s been caught.

“There was just something about how clearly the fear was still present in what was now a middle-aged man. It was the fear from the anticipation of what could happen. He was raped.”

The boy’s story was just one of many which the detective heard during the investigation, which looked at multiple claims of sexual abuse by celebrities.

Despite being a highly experienced officer, Gary was staggered by what they found during the three-year probe which began a year after Savile’s death.

He said: “In the early weeks of Operation Yewtree it was really quite overwhelming.

“We’d all worked on murder inquiries, but this was of a different magnitude, and it just continued day after day after day.

“It was incredibly shocking. There were hundreds of individuals out there who may well need support, and their accounts needed to be listened to, heard, and responded to appropriately.

'TRAITS OF A PSYCHOPATH'

“During my career I’ve dealt with hundreds of sex offenders. And I’ve not come across anybody who has offended as prolifically or as frequently as Savile.

“He had no barriers on age or gender. He was responsible for an incredible amount of harm over many years.

“In my opinion, though not tested, he displayed traits of a high functioning psychopath. He was able to manipulate and use people to his advantage.”

That manipulation saw him befriend senior royals, police chiefs and other celebrities with influence and power.

In 1990 he was knighted for his services to charity and also received a knighthood from the Pope. But he only managed to reach the upper echelons of society in which he was able to sexually abuse so many victims because he started out learning tricks in the rough nightlife of northern England.

One of his earliest reports of sexual abuse was in 1955 in Manchester, where the young Savile managed a dance hall.

In the infamous documentary Louis Theroux made in 2000, Savile not only alludes to claims of paedophilia but also to some of the dark dealings which took place early in his career.

Gary said: “His time in the clubs in the Fifties and Sixties in Leeds and Manchester was really like an apprenticeship, where he was learning a lot of important lessons about control and coercion and how to get what he wanted.

“He was a student, learning and observing criminals to hone his ability to exploit weakness. This is one of the things that makes criminals successful — their ability to sense weakness and exploit it.

“There is a certain amount of showmanship and persuasion in criminal activity. You have to appear strong — it’s a confidence thing.

“He wanted to take that further. He was very aware of image at all times.

“You can see that in the way he dressed in such an extravagant, odd way and bought Rolls-Royces before he had that level of status.

“By all means blame the BBC and the charities and health trusts but don’t underestimate the sheer cunning of Jimmy Savile.

“He was a career criminal whose every move was calculated.” 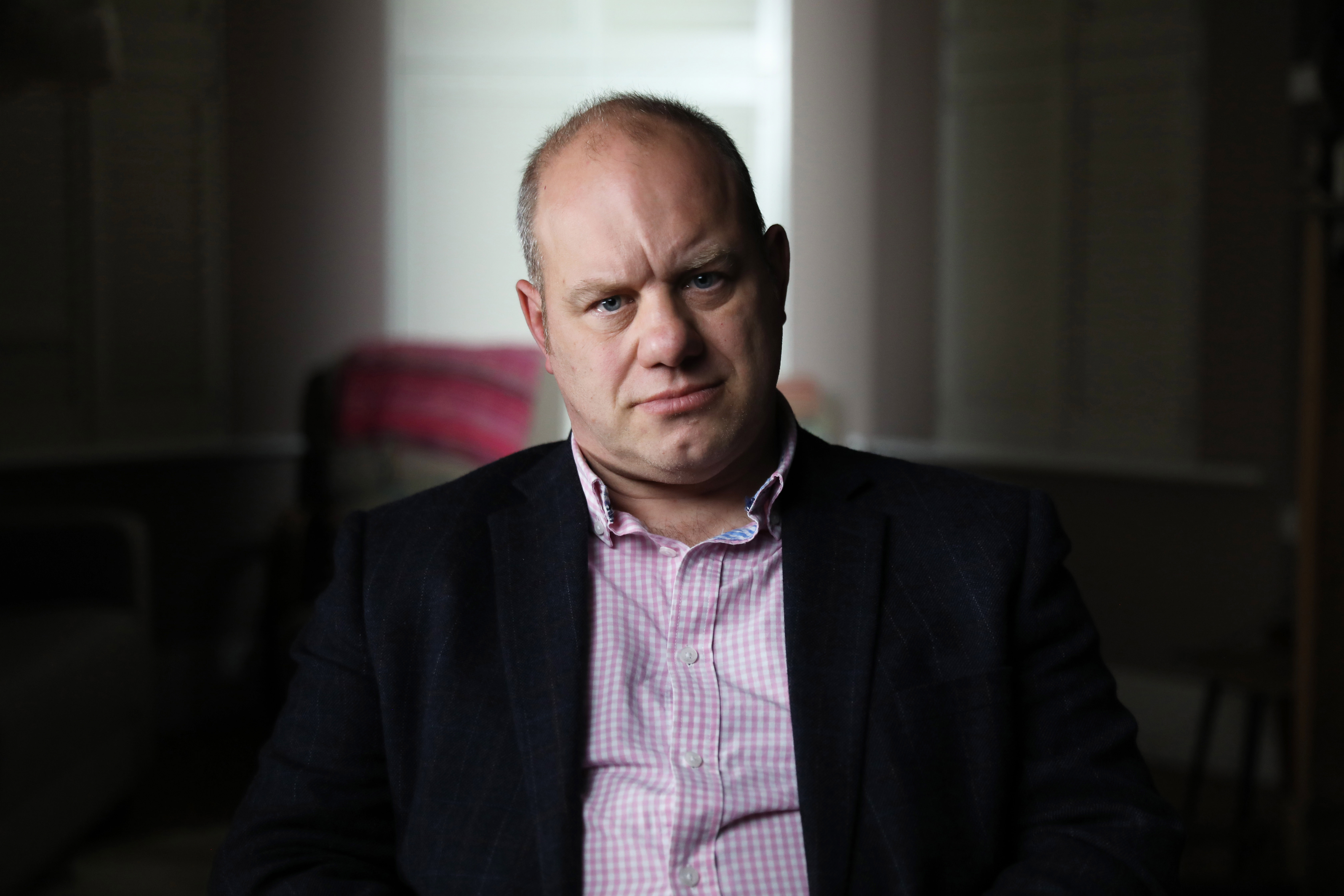