They say you should never meet your heroes. But there are childhood heroes — and then there’s Amy Jo Johnson, the It Girl and the hero to practically every child who grew up during the 1990s. Johnson’s character of Kimberly Hart, aka the Pink Power Ranger on the kid’s television show “Mighty Morphin’ Power Rangers,” changed the landscape. It wasn’t just that she was peppy, bubbly, and a gymnast with the ability to kick butt. Johnson made the character relatable. She represented femininity in a way that seemed like someone you knew.

In the last few years Johnson became a director, fueled by the “Power Rangers” fandom. Her first feature, 2017’s “The Space Behind,” secured funding through an IndieGoGo campaign sponsored by her fans over the years. “I raised the money by the support of these kids who are now adults who have just followed me on my ride through…all the shows I’ve done,” she said. That debut, “The Space Between,” would secure over $100,000 in funding through the crowdfunding site.

Her most recent completed feature, “Tammy’s Always Dying,” hit close to home for the actress. “My father is a non-functioning alcoholic which is incredibly sad to watch, but, at the same time, he’s incredibly funny,” Johnson told IndieWire. Joanne Sarazen’s script gave Johnson the opportunity to examine her own life while telling a unique story. The finished film can be streamed via Amazon Prime Video.

But for all the fans who still discuss Johnson and her work in front of the camera, the actress-turned-director says she didn’t immediately realize the impact the “Power Rangers” had in creating her fanbase. “I didn’t really realize how popular my character was until maybe six years ago,” she says.

When Johnson was a child, acting wasn’t her first go-to career. She started out as a gymnast before discovering her high school’s musical theater program. She quickly moved to New York and studied for a year at the acclaimed Lee Strasberg Institute.

But when her boyfriend at the time decided to move to Los Angeles, Johnson, just 18, decided to go with him. “Going to Los Angeles, I felt out of my element there,” she said. And there certainly wasn’t much time for her to get used to it, securing the role of Kimberly Hart just six months after arriving in the city.

Growing up in the spotlight is one thing, but it’s another world for young stars who quickly find fame in Hollywood today with social media and branding. Johnson says her time on the series would have been “a whole different world” had paparazzi and Twitter been in effect. The actress jokes she did a lot of partying that, with her image on “Power Rangers” being one of a nice girl, could have been used against her. “I was in L.A. for six months figuring out everything about myself,” she said. “I think you still are kind of a child in your early 20s. Your ego is still developing…and, actually, the popularity that the show got so quickly really scared me.” 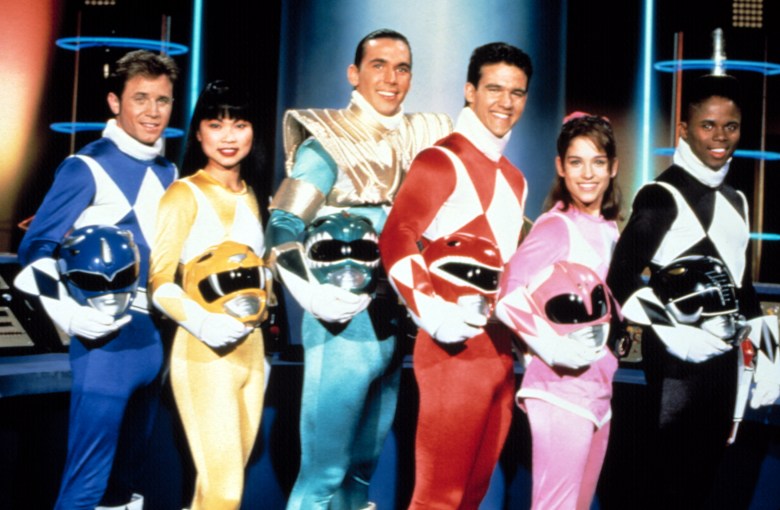 That fear is one of the reasons Johnson says she was never fully comfortable acting. It also didn’t help that typecasting plagued her after she decided to leave “Mighty Morphin’ Power Rangers” in 1995 after completion of the series’ first feature film. “At that time [I was] 22, 23 [and] I was like ‘I’m going to be a star. I’m going to Julia Roberts,” she said. “And I felt like, for at least the first year or two [after leaving the series] it was very hard to get a role because they’re like, ‘Oh, that’s the girl from Power Rangers.’” It wasn’t until she started to book roles in TV movies and, eventually, a regular role on J.J. Abrams’ series “Felicity” that Johnson felt she was able to prove herself.

But, even then, Johnson says she never got the opportunity to have a “one for them, one for me” mentality with her roles. “Honestly, in my career, there was no picking,” she said. “I think there’s a very small handful in the Hollywood industry [who] actually pick their roles.” At the same time, Johnson wasn’t necessarily motivated by money when it came to her roles. She would often choose roles that sounded fun to her. “I’ve always been motivated by happiness,” she said. So if a movie offered her the chance to shoot in Maine, she’d take it.

That being said, the lack of comfort in acting kept Johnson from feeling grounded, and insecurity plagued her. On a whim, she decided to uproot her life and move to Montreal where she took on the role of Jules Callaghan on the series “Flashpoint.” “That show was a place where I found my confidence and learned to love acting in a different way out of Los Angeles,” she said. Toronto is also where the actress discovered her love for directing, writing and directing during her first short film “Bent” in 2013. “I realized, ‘Oh, this is what I wanted to be when I was 17. I just didn’t realize it,” she said.

Has being in front of the camera influenced how she directs behind the camera? Johnson said she’s still working on adapting to how different actors find themselves. The actress says she wasn’t a very “heady” actor who broke down a part. “But a lot of actors really need that…so as a director I’m learning to work with all different types of actors and bring them what they need in the moment,” she said.

Next up: Johnson’s latest untitled project is a love story spanning 30 years, a script she’s worked on for the last six months. “I want to create something that finds joy and optimism, especially during these challenging times,” she says. ” I find that one of the biggest challenges with romance is finding the circumstance that brings two people together and then realistically keeps them apart. I think I may have cracked that.” Right now, though, it’s unclear when she’ll get to make that project considering the current global health crisis.

In looking at Johnson’s acting career, and how stardom is now, a question lingers: Would Johnson let her 12-year-old daughter follow in her footsteps? “It would be a conversation,” Johnson said. “She honestly has not expressed any interest into going into that [acting]. Whatever she would want to do I would support.”