Trade Unionist says he 'loathes' what woke culture stands for

Discussions of woke culture and its long-lasting effects in recent years have taken the world by storm. Now GB News has chimed in on the topic with its opinion panel to openly talk about Labour’s role on the matter and it was trade unionist Paul Embery who had the most to say about it.

Farage began by asking him: “These people come from the ranks of the hard left, is it of the Labour party or not?”

Embery quickly replied: “Some of it is.”

However, he was quick to add: “I loathe what these people stand for.” 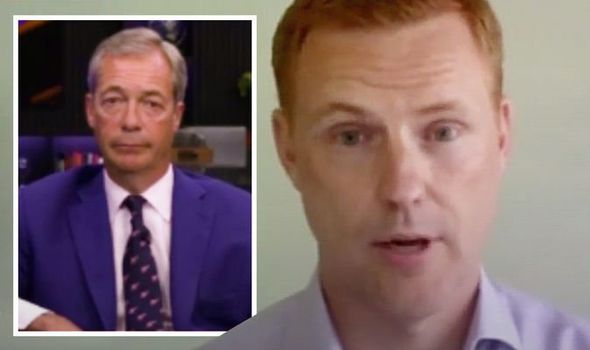 “I suspect that many trade unionists and workers would loathe what they stand for,” Embery continued.

“Actually it’s contradictory to what the left itself wants once upon a time stood for. (sic)

“The left was in the marketplace for ideas, the left championed freedom of speech,” the trade unionist continued.

“The left in the past was often accused of sedition for challenging the establishment.”

“These people have come along and they’ve made claims to be speaking on liberal values on the left.”

“But they’re really not,” Embery was quick to add as Farage nodded along.

“They are some of the most illiberal people you can come across.

“They think there should be one orthodox point of view.”

Embery was clearly very passionate about the topic and the Labour party’s ideals about woke culture.

He continued by adding: “They think that if you don’t conform to that point of view, somehow you are contaminated, you’re untouchable, you should be cancelled.

“There is an awful lot of cowardice around it as well.

“There should be more people in authority and public positions in the media and in corporations that are willing to stand up to this now,” Embery remarked.

The trade unionist is an activist, pro-brexit campaigner, and ‘Blue Labour’ thinker, as he describes himself.

Embery continued with his passionate discussion with Farage and Davison and later stated that woke culture “doesn’t speak for liberal views on the left”.

GB News launched earlier this month and has promised viewers that the programme will consist of “original news, opinion and debate”.

Farage and Embery’s appearance on the news programme is not the first time the channel has launched a debate over woke culture.