“Broad City” star co-wrote the A24 film with John Lee 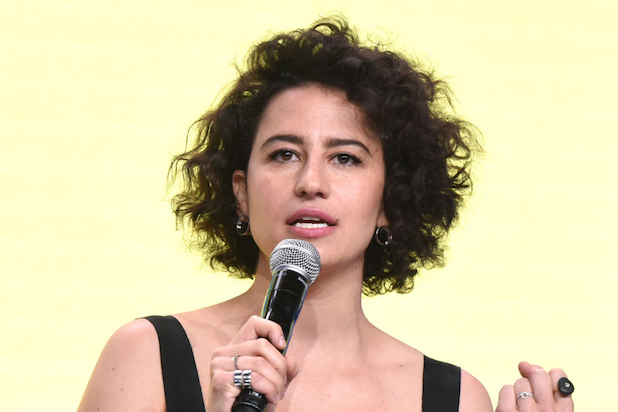 Hulu has acquired the rights to “False Positive,” a film co-written by and starring “Broad City’s” Ilana Glazer about the complicated process of pregnancy and fertility.

A24 produced the film that Hulu picked up and will debut as a Hulu Original in 2021. “False Positive” stars Glazer alongside Justin Theroux, Gretchen Mol, Sophia Bush, Josh Hamilton and Pierce Brosnan.

Glazer co-wrote “False Positive” with director John Lee, and the film is the feature film co-writing debut for the duo. Here’s the full logline.

After several attempts of trying and failing to get pregnant, Lucy (Glazer) and Adrian (Theroux) finally find their dream fertility doctor in the illustrious Dr. Hindle (Brosnan).  But after becoming pregnant with a healthy baby girl, Lucy begins to notice something sinister through Hindle’s gleaming charm, and she sets out to uncover the unsettling truth about him, and her own “birth story.”  As if getting pregnant weren’t complicated enough…

A24 previously partnered with Hulu on the Golden Globe-winning series “Ramy.” And Hulu has had a strong year for original films behind “Palm Springs,” “Bad Hair,” “Run” and “Happiest Season.” Hulu claims that “Run” specifically was the most-watched movie to date on the streamer.

Outside of “Broad City,” which concluded in 2019, Glazer starred in the 2017 comedy “Rough Night,” and this year she had a comedy special for Amazon called “Ilana Glazer: The Planet Is Burning.”